A tremendously vivid historical encounter becomes a larger-than-life canvas for this brilliant saga. The year is 1522. Two great leaders, twenty-five-year-old Suleiman the Magnificent, the absolute ruler of the mighty Ottoman Empire, and Philippe de L’Isle Adam, the grisly, fifty-eight-year-old Grand Master of the Knights of Rhodes, come to war on the Greek island of Rhodes. For 145 days, Philippe and 500 European Knights fight to protect their fortressed city and withstand an assault of nearly 200,000 men from Suleiman’s army, in a battle that becomes the historic hallmark for siege warfare.

Authentic in all its historical detail, The Shadow of God evokes a seismic clash of cultures: Muslim versus Christian, the Ottoman Empire versus the last remaining Knights of the Crusades and, most important, two of the most powerful men of their time. Embedded in this fictional account is the secret marriage of a lovely Jewish nurse to her Christian French Knight, as well as the forbidden love of the Grand Master for the beautiful Helene. An epic of bravery and courage, The Shadow of God weaves a tapestry of beauty, terror and triumph set in a forgotten time of brutality and courage, loyalty and honor. 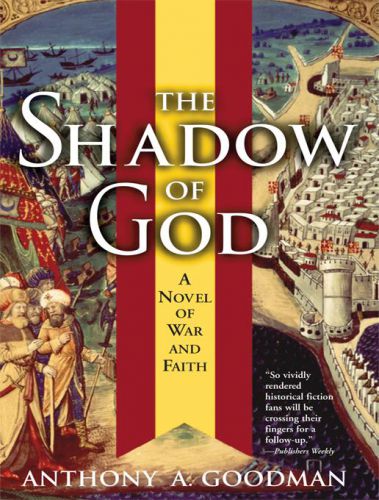 Anthony Goodman - Shadow of God.pdf
2.38 MB
Please Share This
Related Posts
Many magazines
on the
→ MAGAZINELIB.COM
Book for today - 2019-2022