How Stella Learned to Talk: The Groundbreaking Story of the World’s First Talking Dog by Christina Hunger

An incredible, revolutionary true story and surprisingly simple guide to teaching your dog to talk from speech-language pathologist Christina Hunger, who has taught her dog, Stella, to communicate using simple paw-sized buttons associated with different words.

When speech-language pathologist Christina Hunger first came home with her puppy, Stella, it didn’t take long for her to start drawing connections between her job and her new pet. During the day, she worked with toddlers with significant delays in language development and used Augmentative and Alternative Communication (AAC) devices to help them communicate. At night, she wondered: If dogs can understand words we say to them, shouldn’t they be able to say words to us? Can dogs use AAC to communicate with humans?

Christina decided to put her theory to the test with Stella and started using a paw-sized button programmed with her voice to say the word “outside” when clicked, whenever she took Stella out of the house. A few years later, Stella now has a bank of more than thirty word buttons, and uses them daily either individually or together to create near-complete sentences. 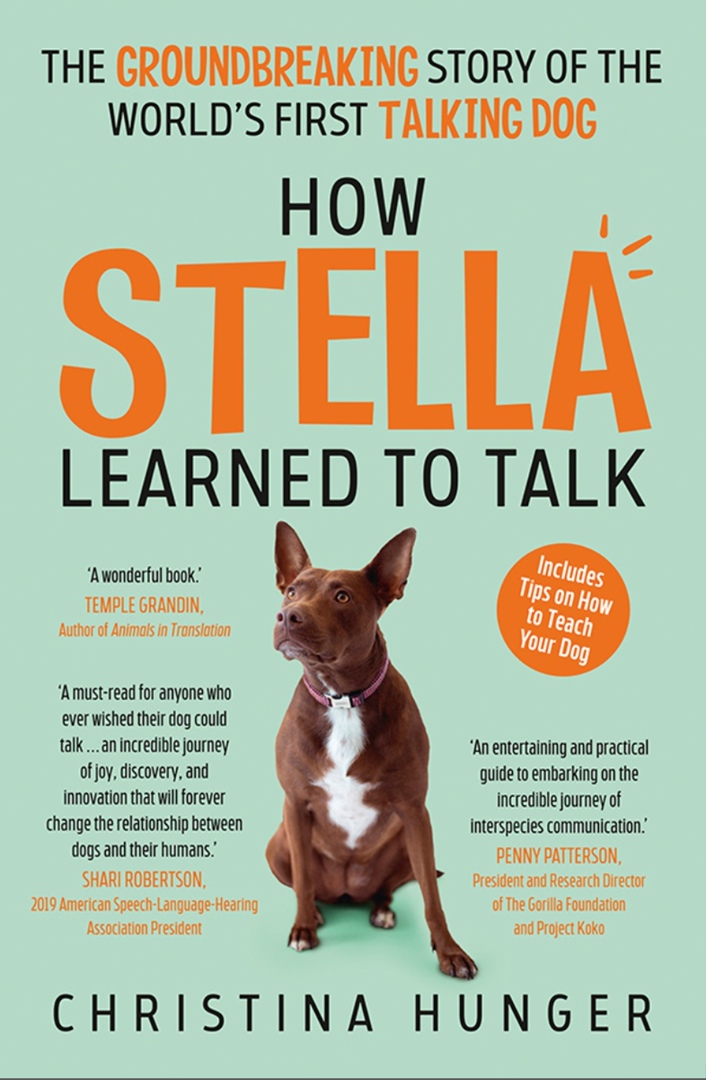 How_Stella_Learned_to_Talk_-_Christina_Hunger_UserUpload.Net.epub
3.29 MB
Please Share This
Related Posts
Many magazines
on the
→ MAGAZINELIB.COM
Book for today - 2019-2022