The Man Who Laughs by Victor Hugo
Genre:

Description: Victor Hugo’s The Man Who Laughs (first published under the French title L’Homme qui Rit in April 1869) is a sad and sordid tale — not the sort of tale of the moment Hugo was known for. Is starts on the night of January 29, 1690, a ten-year-old boy abandoned — the stern men who’ve kept him since infancy have wearied of him. The boy wanders, barefoot and starving, through a snowstorm to reach a gibbet bearing the corpse of a hanged criminal. Beneath the gibbet is a ragged woman, frozen to death. The boy is about to move onward when he hears a sound within the woman’s garments: He discovers an infant girl, barely alive, clutching the woman’s breast. A single drop of frozen milk, resembling a pearl, is on the woman’s lifeless breast . . . 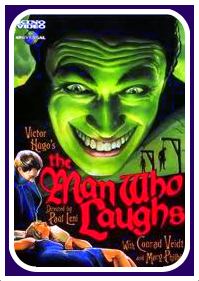 The Man Who Laughs.rtf
1.28 MB
Please Share This
Related Posts
Many magazines
on the
→ MAGAZINELIB.COM
Book for today - 2019-2022