Half-Earth: Our Planet’s Fight for Life by Edward O. Wilson

Refusing to accept the mass extinction of species as an inevitability, “the world’s greatest naturalist” (Jeffrey Sachs) proposes a plan to save Earth’s imperiled biosphere. Half-Earth resoundingly concludes the best-selling trilogy begun by The Social Conquest of Earth and The Meaning of Human Existence, a National Book Award finalist.

History is not a prerogative of the human species, Edward O. Wilson declares in Half-Earth, a brave work that becomes a radical redefinition of human history. Demonstrating that we blindly ignore the histories of millions of other species, Wilson warns of a point of no return that is imminent. Angrily challenging the fashionable theories of anthropocenes, who contend that humans can survive alone in an Edenic bubble engineered for their own survival, Wilson documents that the biosphere does not belong to us. Yet, refusing to believe that our extinction is, as so many fear, predetermined, Wilson has written Half-Earth as a cri de coeur, proposing that the only solution to our impending “sixth extinction” is to increase the area of natural reserves to half the surface of the Earth.

Suffused with a profound Darwinian understanding of our planet’s fragility, Half-Earth is a transformative work that reverberates with an urgency like few other books. 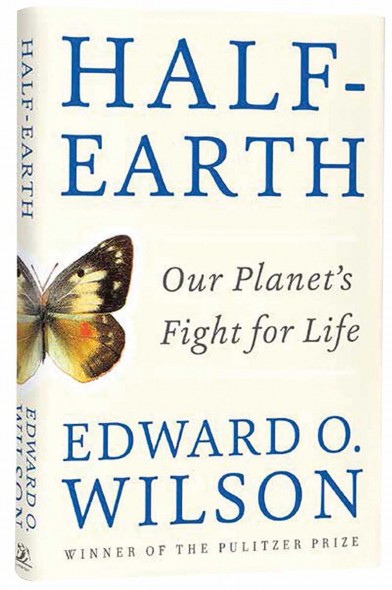 Half-Earth_ Our Planet's Fight for Life by Edward O. Wilson.epub
23.04 MB
Please Share This
Related Posts
Many magazines
on the
→ MAGAZINELIB.COM
Book for today - 2019-2022