Greg Hrbek – Not on Fire, But Burning

Twenty-year-old Skyler saw the incident out her window: Some sort of metallic object hovering over the Golden Gate Bridge just before it collapsed and a mushroom cloud lifted above the city. Like everyone, she ran, but she couldn’t outrun the radiation, with her last thoughts being of her beloved baby brother, Dorian, safe in her distant family home.

Flash forward to a post-incident America, where the country has been broken up into territories and Muslims have been herded onto the old Indian reservations in the west, even though no one has determined who set off the explosion that destroyed San Francisco. Twelve-year old Dorian dreams about killing Muslims and about his sister—even though Dorian’s parents insist Skyler never existed. Are they still shell-shocked, trying to put the past behind them . . . or is something more sinister going on?

Meanwhile, across the street, Dorian’s neighbor adopts a Muslim orphan from the territories. It will set off a series of increasingly terrifying incidents that will lead to either tragedy or redemption for Dorian, as he struggles to prove that his sister existed—and was killed by a terrorist attack.

Not on Fire, but Burning is unlike anything you’re read before—not exactly a thriller, not exactly sci-fi, not exactly speculative fiction, but rather a brilliant and absorbing adventure into the dark heart of an America that seems ripped from the headlines. But just as powerfully, it presents a captivating hero: A young boy driven by love to seek the truth, even if it means his deepest beliefs are wrong. 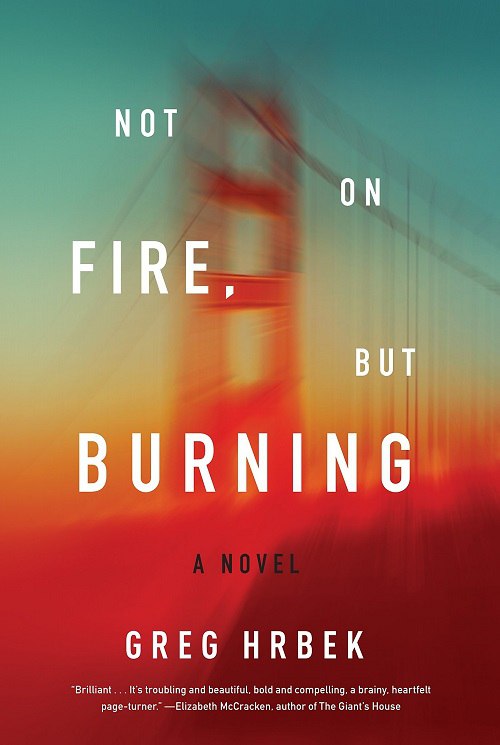 Greg Hrbek - Not on Fire, but Burning.pdf
1.09 MB
Please Share This
Related Posts
Many magazines
on the
→ MAGAZINELIB.COM
Book for today - 2019-2022