Full Spectrum Dominance: Irregular Warfare and the War on Terror
by Maria Ryan

America’s war on terror is widely defined by the Afghanistan and Iraq fronts. Yet, as this book demonstrates, both the international campaign and the new ways of fighting that grew out of it played out across multiple fronts beyond the Middle East. Maria Ryan explores how secondary fronts in the Philippines, sub-Saharan Africa, Georgia, and the Caspian Sea Basin became key test sites for developing what the Department of Defense called “full spectrum dominance”: mastery across the entire range of possible conflict, from conventional through irregular warfare.

Full Spectrum Dominance is the first sustained historical examination of the secondary fronts in the war on terror. It explores whether irregular warfare has been effective in creating global stability or if new terrorist groups have emerged in response to the intervention. As the U.S. military, Department of Defense, White House, and State Department have increasingly turned to irregular capabilities and objectives, understanding the underlying causes as well as the effects of the quest for full spectrum dominance become ever more important. The development of irregular strategies has left a deeply ambiguous and concerning global legacy. 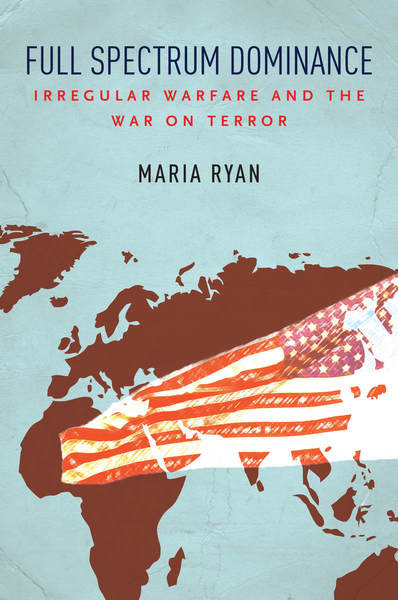 Full_Spectrum_Dominance_by_Maria_Ryan.epub
2.38 MB
Please Share This
Related Posts
Many magazines
on the
→ MAGAZINELIB.COM
Book for today - 2019-2022