Evie Hawtrey – And by Fire

Nigella Parker, Detective Inspector with the City Police, has a deeply rooted fear of fire and a talent for solving deadly arson cases. When a charred figure is found curled beside Sir Christopher Wren’s Monument to the Great Fire of London, Nigella is dragged into a case pitting her against a murderous artist creating sculptures using burnt flesh.

Nigella partners with Colm O’Leary of Scotland Yard to track the arsonist across greater London. The pair are more than colleagues—they were lovers until O’Leary made the mistake of uttering three little words. Their past isn’t the only buried history as they race to connect the dots between an antique nail pulled from a dead man’s hands and a long-forgotten architect dwarfed by the life’s work of Sir Christopher Wren.

Wren, one of London’s most famous architects, is everywhere the pair turn. Digging into his legacy leads the DCIs into the coldest of cold cases: a search for a bookseller gone missing during the Great Fire of London. More than 350 years earlier, while looking for their friend, a second pair of detectives—a lady-in-waiting to the Queen and a royal fireworks maker—discovered foul play in the supposedly accidental destruction of St. Paul’s Cathedral…but did that same devilry lead to murder? And can these centuries-old crimes help catch a modern-day murderer?

As Nigella and O’Leary rush to decode clues, past and present, London’s killer-artist sets his sights on a member of the investigative team as the subject of his next fiery masterpiece. 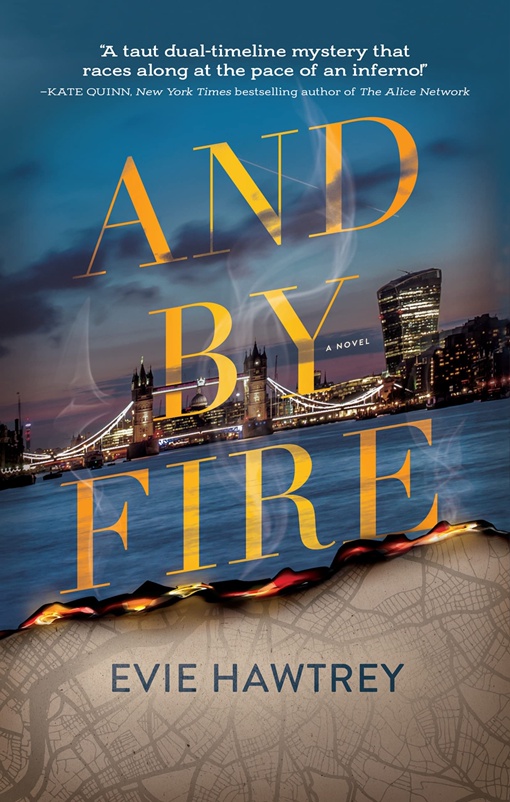 Evie Hawtrey - And by Fire.epub
1.21 MB
Please Share This
Related Posts
Many magazines
on the
→ MAGAZINELIB.COM
Book for today - 2019-2022