D. P. Prior – Carnifex (Legends of the Nameless Dwarf 01)

For more than a thousand years, the dwarves have hidden away from the world in their ravine city of Arx Gravis. Governed by an inflexible council whose sole aim is to avoid the errors of the past, the defining virtue of their society is that nothing should ever change. But when the Scriptorium is broken into, and Ravine Guard Carnifex Thane sees a homunculus fleeing the scene of the crime, events are set in motion that will ensure nothing will ever be the same again. Deception and death are coming to Arx Gravis. The riddles that preceded Carnifex’s birth crystalize into a horrifying fate that inexorably closes in. But it is in blood that legends are born, and redemption is sometimes seeded in the gravest of sins. For Carnifex is destined to become the Ravine Butcher, before even that grim appellation is forever lost, along with everything that once defined him. 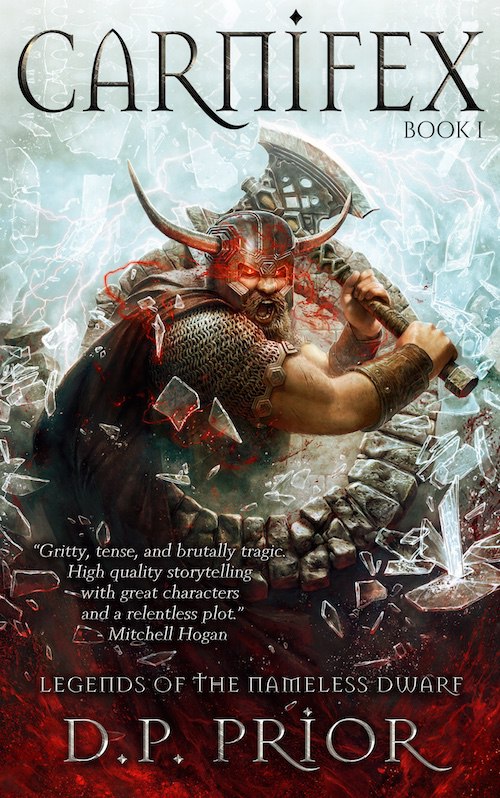