In the English-speaking world, it is generally unknown that a volunteer Brazilian Expeditionary Force (FEB) fought alongside the US Army in Italy from mid-1944 until the end of the war. This was in effect a light infantry division, consisting of three infantry regiments augmented with artillery and light armour. It was supported by a Brazilian Air Force contingent of a light reconnaissance squadron as well as a P-47 Thunderbolt-equipped fighter squadron. Although all weapons, uniform, kit and equipment were either American-supplied or American models, there were distinctive Brazilian adaptations to uniforms and other key pieces of kit. This is a seriously researched volume on a little-studied subject matter complete with a range of previously unpublished photographs and specially commissioned artwork plates. 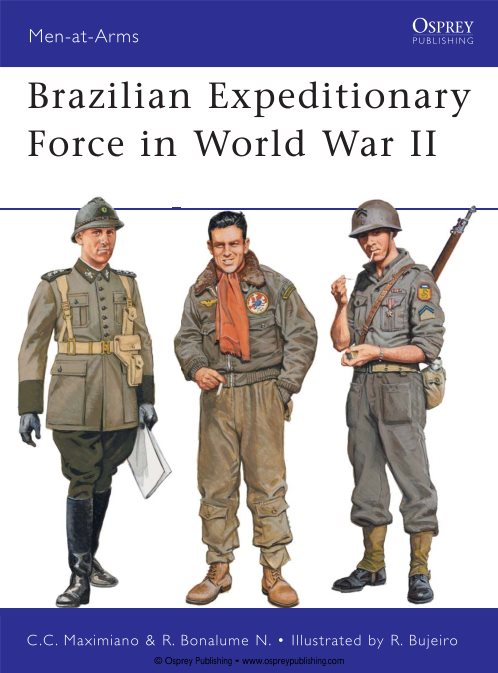