Graham Hancock and Robert Bauval – The Master Game. Unmasking the Secret Rulers of the World

The Master Game is a roller-coaster intellectual journey through the back streets and rat runs of history to uncover the traces in architecture and monuments of a secret religion that has shaped the world.

Pivotal historical events and processes, not least the Renaissance, the birth of scientific rationalism, and the French and American revolutions, are radically re-evaluated in the light of new investigative evidence presented in The Master Game. Even the belief that the United States has a “global mission,” so obvious today, may ultimately prove to be less the result of a short-term reaction to terrorism than the inevitable working out of a covert plan originally set in motion almost two thousand years ago.

The Master Game refers to a scheme or “game” played on the world stage to bring about a world order governed by a lofty goal which, today, we term the “Masonic Ideal.” The Master Game traces the origins of this game of symbols and words and talismans from ancient Egypt all the way to modern times, and places it squarely on the elitist Scottish Rite Freemasonry, headquartered in Washington, DC, and ruled by a secretive and powerful brotherhood of men who have attained the thirty-third degree. The Master Game exposes this world order’s true purpose and, more importantly, shows how it has affected the United States of America and badly backfired on 9/11.

The book is adapted and expanded from the authors’ earlier, out-of-print book Talisman. 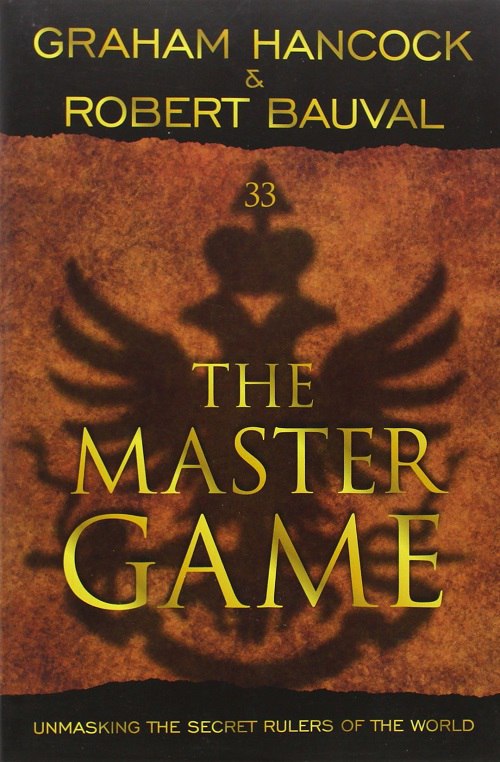 Graham Hancock and Robert Bauval - Master Game. Unmasking the Secret Rulers of the World.pdf
10.83 MB
Please Share This
Related Posts
Many magazines
on the
→ MAGAZINELIB.COM
Book for today - 2019-2022