1. All the Light We Cannot See. Anthony Doerr
From the highly acclaimed, multiple award-winning Anthony Doerr, a stunningly ambitious and beautiful novel about a blind French girl and a German boy whose paths collide in occupied France as both try to survive the devastation of World War II. Marie Laure lives with her father in Paris within walking distance of the Museum of Natural History where he works as the master of the locks (there are thousands of locks in the museum). When she is six, she goes blind, and her father builds her a model of their neighborhood, every house, every manhole, so she can memorize it with her fingers and navigate the real streets with her feet and cane. When the Germans occupy Paris, father and daughter flee to Saint-Malo on the Brittany coast, where Marie-Laure’s agoraphobic great uncle lives in a tall, narrow house by the sea wall. In another world in Germany, an orphan boy, Werner, grows up with his younger sister, Jutta, both enchanted by a crude radio Werner finds. He becomes a master at building and fixing radios, a talent that wins him a place at an elite and brutal military academy and, ultimately, makes him a highly specialized tracker of the Resistance. Werner travels through the heart of Hitler Youth to the far-flung outskirts of Russia, and finally into Saint-Malo, where his path converges with Marie-Laure. Doerr’s gorgeous combination of soaring imagination with observation is electric. Deftly interweaving the lives of Marie-Laure and Werner, Doerr illuminates the ways, against all odds, people try to be good to one another. Ten years in the writing, All the Light We Cannot See is his most ambitious and dazzling work.

2. Kate Atkinson. Life After Life
What if you had the chance to live your life again and again, until you finally got it right? During a snowstorm in England in 1910, a baby is born and dies before she can take her first breath. During a snowstorm in England in 1910, the same baby is born and lives to tell the tale. What if there were second chances? And third chances? In fact an infinite number of chances to live your life? Would you eventually be able to save the world from its own inevitable destiny? And would you even want to? “Life After Life” follows Ursula Todd as she lives through the turbulent events of the last century again and again. With wit and compassion, Kate Atkinson finds warmth even in life’s bleakest moments, and shows an extraordinary ability to evoke the past. Here she is at her most profound and inventive, in a novel that celebrates the best and worst of ourselves.

3.Rebecca. Daphne du Maurier
The unassuming young heroine of Rebecca finds her life changed overnight when she meets Maxim de Winter, a handsome and wealthy widower whose sudden proposal of marriage takes her by surprise. Rescuing her from an overbearing employer, de Winter whisks her off to Manderley, his isolated estate on the windswept Cornish coast–but there things take a chilling turn. Max seems haunted by the memory of his glamorous first wife, Rebecca, whose legacy is lovingly tended by the sinister housekeeper, Mrs. Danvers. As the second Mrs. de Winter finds herself increasingly burdened by the shadow of her mysterious predecessor, she becomes determined to uncover the dark secrets that threaten her happiness, no matter the cost.

4. Sleep, Pale Sister. Joanne Harris
Henry Chester, a domineering and puritanical Victorian artist, is in search of the perfect model. In nine-year-old Effie he finds her. Ten years later, lovely, childlike and sedated, Effie seems the ideal wife. But something inside her is about to awaken. Drawn by her lover, Mose, into a dangerous underworld of intrigue and blackmail, she meets Fanny Miller, the brothel-keeper, and her shadowy daughter, Marta – murdered ten years ago on the day of Henry’s weekly visit…And as friendship becomes possession and Henry’s secret past is revealed, Effie and Marta plan their revenge together.

5. Sophie’s World: A Novel about the History of Philosophy. Jostein Gaarder
Wanting to understand the most fundamental questions of the universe isn’t the province of ivory-tower intellectuals alone, as this book’s enormous popularity has demonstrated. A young girl, Sophie, becomes embroiled in a discussion of philosophy.

6. Standing In The Rainbow. Fannie Flagg
Along with Neighbor Dorothy, the lady with the smile in her voice, whose daily radio broadcasts keep us delightfully informed on all the local news, we also meet Bobby, her ten-year-old son, destined to live a thousand lives, most of them in his imagination; Norma and Macky Warren and their ninety-eight-year-old Aunt Elner; the oddly sexy and charismatic Hamm Sparks, who starts off in life as a tractor salesman and ends up selling himself to the whole state and almost the entire country; and the two women who love him as differently as night and day. Then there is Tot Whooten, the beautician whose luck is as bad as her hairdressing skills; Beatrice Woods, the Little Blind Songbird; Cecil Figgs, the Funeral King; and the fabulous Minnie Oatman, lead vocalist of the Oatman Family Gospel Singers. The time is 1946 until the present. The town is Elmwood Springs, Missouri, right in the middle of the country, in the midst of the mostly joyous transition from war to peace, aiming toward a dizzyingly bright future.

7. Kathryn Stockett The Help
The Help is set in the early 1960s in Jackson, Mississippi, and told primarily from the first-person perspectives of three women: Aibileen Clark, Minny Jackson, and Eugenia “Skeeter” Phelan. Aibileen is a maid who takes care of children and cleans. Her own 24-year-old son, Treelore, died from an accident on his job. In the story, she is tending the Leefolt household and caring for their toddler, Mae Mobley. Minny is Aibileen’s friend who frequently tells her employers what she thinks of them, resulting in her having been fired from nineteen jobs. Minny’s most recent employer was Mrs. Walters, mother of Hilly Holbrook.

8. The Time Traveler’s Wife. Audrey Niffenegger
This is the extraordinary love story of Clare and Henry who met when Clare was six and Henry was thirty-six, and were married when Clare was twenty-two and Henry thirty. Impossible but true, because Henry suffers from a rare condition where his genetic clock periodically resets and he finds himself pulled suddenly into his past or future. In the face of this force they can neither prevent nor control, Henry and Clare’s struggle to lead normal lives is both intensely moving and entirely unforgettable. 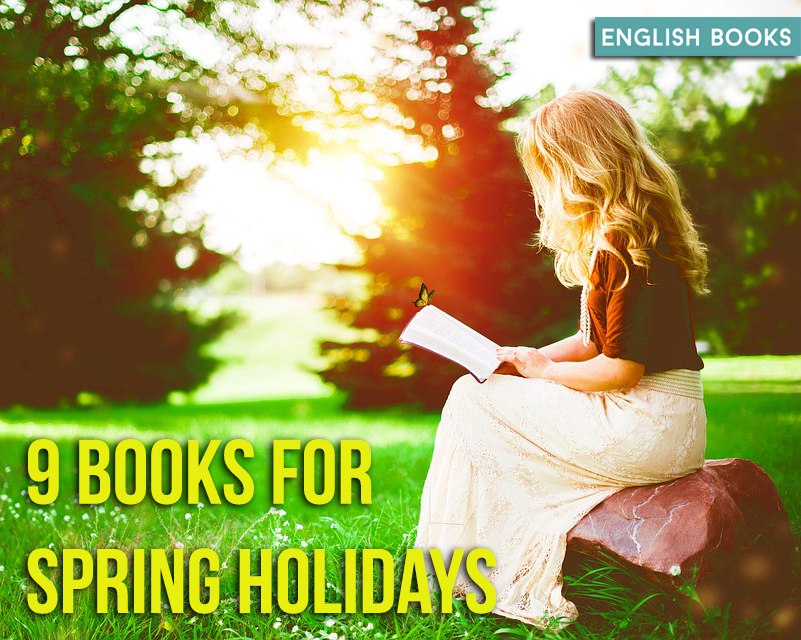 Water for Elephants.epub
1.74 MB
Please Share This
Related Posts
Many magazines
on the
→ MAGAZINELIB.COM
Book for today - 2019-2022