9 bestsellers that you must read

1. Brad Taylor. All Necessary Force
A terrorist hit is coming. CIA, FBI, and Department of Defense systems have spiked, but traditional intel is going nowhere. It falls to the Taskforce-a top secret team that exists outside the bounds of U.S. law and is charged with finding and destroying asymmetric threats-to stop the unknown conspirators…
A shadowy trail leads the Taskforce to Egypt-where an attack leaves one Taskforce member dead and another barely alive. Veteran warrior Pike Logan and his young partner, Jennifer Cahill, are forced to helm the increasingly convoluted and dangerous mission: a mission that tests both Jennifer’s ability to justify her actions, and Pike’s tenuous ability to stay in control.
Sifting their way through the opposing plots of two terrorist organizations will turn out to be the least of their problems when a weapon of unthinkable power touches American soil-the only country in which Taskforce members are forbidden to operate, and the only country that Pike Logan may be unable to save…

2. Louise Penny. Bury Your Dead
It is Winter Carnival in Quebec City, bitterly cold and surpassingly beautiful. Chief Inspector Armand Gamache has come not to join the revels but to recover from an investigation gone hauntingly wrong. But violent death is inescapable, even in the apparent sanctuary of the Literary and Historical Society— where an obsessive historian’s quest for the remains of the founder of Quebec, Samuel de Champlain, ends in murder. Could a secret buried with Champlain for nearly 400 years be so dreadful that someone would kill to protect it?

Although he is supposed to be on leave, Gamache cannot walk away from a crime that threatens to ignite long-smoldering tensions between the English and the French. Meanwhile, he is receiving disquieting letters from the village of Three Pines, where beloved Bistro owner Olivier was recently convicted of murder. “It doesn’t make sense,” Olivier’s partner writes every day. “He didn’t do it, you know.” As past and present collide in this astonishing novel, Gamache must relive the terrible event of his own past before he can bury his dead.

3. Kevin Kwan. Crazy Rich Asians
When New Yorker Rachel Chu agrees to spend the summer in Singapore with her boyfriend, Nicholas Young, she envisions a humble family home and quality time with the man she hopes to marry. But Nick has failed to give his girlfriend a few key details. One, that his childhood home looks like a palace; two, that he grew up riding in more private planes than cars; and three, that he just happens to be the country’s most eligible bachelor.

On Nick’s arm, Rachel may as well have a target on her back the second she steps off the plane, and soon, her relaxed vacation turns into an obstacle course of old money, new money, nosy relatives, and scheming social climbers.

4. Celeste Ng. Everything I Never Told You
“Lydia is dead. But they don’t know this yet.” So begins this exquisite novel about a Chinese American family living in 1970s small-town Ohio. Lydia is the favorite child of Marilyn and James Lee, and her parents are determined that she will fulfill the dreams they were unable to pursue. But when Lydia’s body is found in the local lake, the delicate balancing act that has been keeping the Lee family together is destroyed, tumbling them into chaos. A profoundly moving story of family, secrets, and longing, Everything I Never Told You is both a gripping page-turner and a sensitive family portrait, uncovering the ways in which mothers and daughters, fathers and sons, and husbands and wives struggle, all their lives, to understand one another.

5. Yaa Gyasi. Homegoing
Two half sisters, Effia and Esi, unknown to each other, are born into different villages in eighteenth-century Ghana. Effia is married off to an Englishman and will live in comfort in the palatial rooms of Cape Coast Castle, raising children who will be sent abroad to be educated before returning to the Gold Coast to serve as administrators of the empire. Esi, imprisoned beneath Effia in the Castle’s women’s dungeon and then shipped off on a boat bound for America, will be sold into slavery.
Stretching from the wars of Ghana to slavery and the Civil War in America, from the coal mines in the American South to the Great Migration to twentieth-century Harlem, Yaa Gyasi’s novel moves through histories and geographies.

6. Dan Brown. Origin
Robert Langdon, Harvard professor of symbology, arrives at the ultramodern Guggenheim Museum Bilbao to attend the unveiling of a discovery that “will change the face of science forever.” The evening’s host is Edmond Kirsch, a forty-year-old billionaire and futurist, and one of Langdon’s first students.

But the meticulously orchestrated evening suddenly erupts into chaos, and Kirsch’s precious discovery teeters on the brink of being lost forever. Facing an imminent threat, Langdon is forced to flee. With him is Ambra Vidal, the elegant museum director who worked with Kirsch. They travel to Barcelona on a perilous quest to locate a cryptic password that will unlock Kirsch’s secret.

Navigating the dark corridors of hidden history and extreme religion, Langdon and Vidal must evade an enemy whose all-knowing power seems to emanate from Spain’s Royal Palace. They uncover clues that ultimately bring them face-to-face with Kirsch’s shocking discovery…and the breathtaking truth that has long eluded us.

7. Ann Cleeves. Telling Tales
It has been ten years since Jeanie Long was charged with the murder of fifteen-year-old Abigail Mantel. Now residents of the East Yorkshire village of Elvet are disturbed to hear of new evidence proving Jeanie’s innocence. Abigail’s killer is still at large.

For one young woman, Emma Bennett, the revelation brings back haunting memories of her vibrant best friend–and of that fearful winter’s day when she had discovered her body lying cold in a ditch.

As Inspector Vera Stanhope makes fresh enquiries on the peninsula and villagers are hauled back to a time they hoped to forget, tensions begin to mount. But are people afraid of the killer or of their own guilty pasts?
With each person’s story revisited, the Inspector begins to suspect that some deadly secrets are threatening to unfurl…

8. Margaret Atwood. The Handmaid’s Tale
The Handmaid’s Tale is a novel of such power that the reader will be unable to forget its images and its forecast. Set in the near future, it describes life in what was once the United States and is now called the Republic of Gilead, a monotheocracy that has reacted to social unrest and a sharply declining birthrate by reverting to, and going beyond, the repressive intolerance of the original Puritans. The regime takes the Book of Genesis absolutely at its word, with bizarre consequences for the women and men in its population.

The story is told through the eyes of Offred, one of the unfortunate Handmaids under the new social order. In condensed but eloquent prose, by turns cool-eyed, tender, despairing, passionate, and wry, she reveals to us the dark corners behind the establishment’s calm facade, as certain tendencies now in existence are carried to their logical conclusions. The Handmaid’s Tale is funny, unexpected, horrifying, and altogether convincing. It is at once scathing satire, dire warning, and a tour de force. It is Margaret Atwood at her best.

9. Eleanor Catton. The Luminaries
It is 1866, and Walter Moody has come to stake his claim in New Zealand’s booming gold rush. On the stormy night of his arrival, he stumbles across a tense gathering of 12 local men who have met in secret to discuss a series of unexplained events: a wealthy man has vanished, a prostitute has tried to end her life, and an enormous cache of gold has been discovered in the home of a luckless drunk. Moody is soon drawn into a network of fates and fortunes that is as complex and exquisitely ornate as the night sky.

Richly evoking a mid-nineteenth-century world of shipping, banking, and gold rush boom and bust, THE LUMINARIES is at once a fiendishly clever ghost story, a gripping page-turner, and a thrilling novelistic achievement. It richly confirms that Eleanor Catton is one of the brightest stars in the international literary firmament. 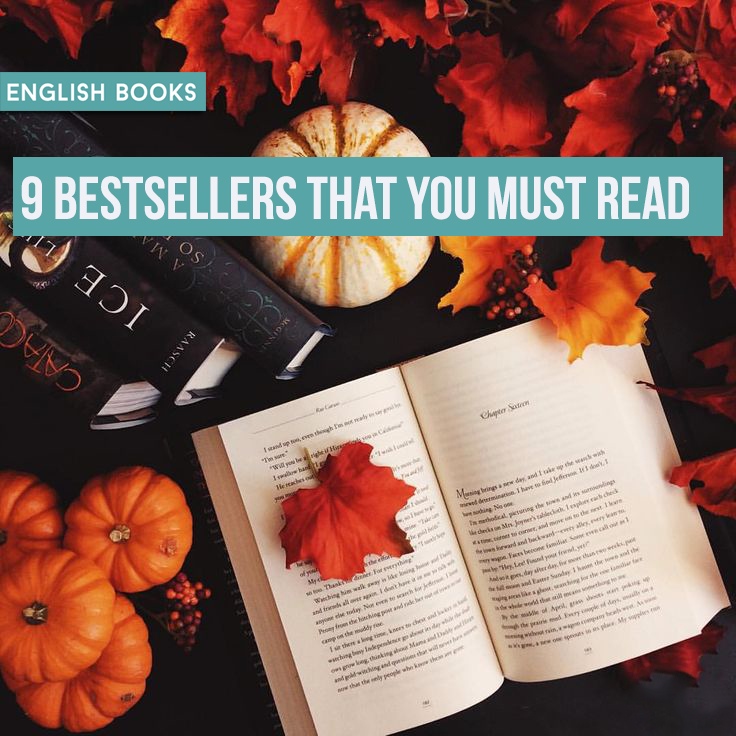 The Luminaries.epub
1.27 MB
Please Share This
Related Posts
Many magazines
on the
→ MAGAZINELIB.COM
Book for today - 2019-2022