This book provides an historical perspective on the growth of Russian military power, studying the emergence of the Russian regular army from 1700 until the end of the eighteenth century. In the process he evaluates the relative importance of Western and native influences on the creation of this formidable military machine, and indicates the ways in which Russian power was projected in the West.

The book includes general discussions of the Russian soldier, the Russian officer and the rapacious Cossacks, and concludes by identifying certain important continuities between the Russian past and present.

1799 — Russia’s greatest soldier was at war in Italy and Switzerland. Led by Suvorov, believed by many to be the equal of Napoleon, the Russian and Austrian troops claimed one victory after another against the French. Much more than strategy and tactics, this a story of adventure as a Russian army fights desperate rearguard actions, and tries to escape through cruel mountain passes in the night. Suvorov’s memory is still treasured in the Russian armed forces today. The last and greatest campaign of this legendary soldier has found a fitting narrator in Christopher Duffy. Suvorov’s marches and battles can be traced on the many maps, photographs, and original artwork recreates the appearance of the troops. 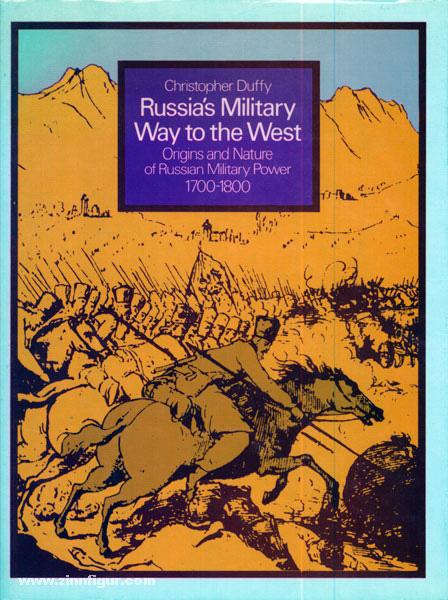 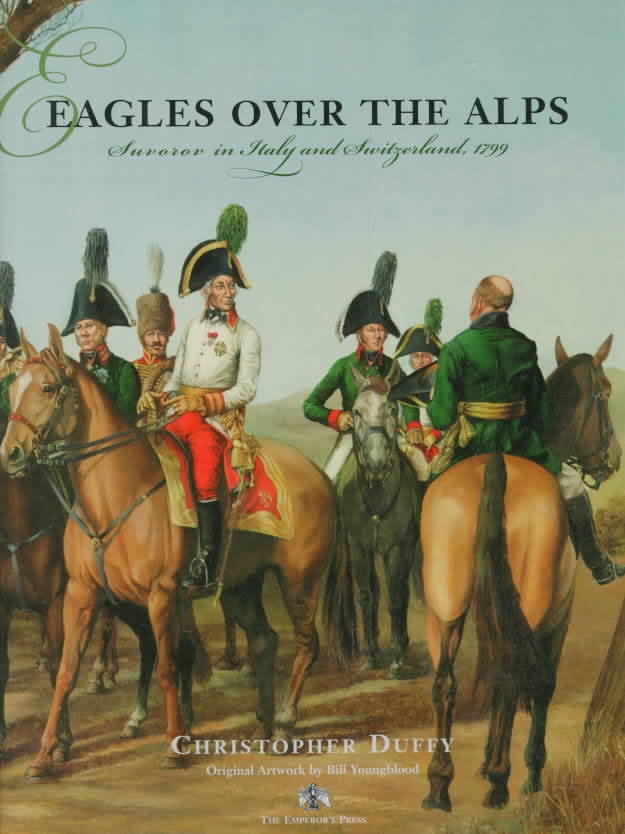 Eagles over the Alps. Suvorov in Italy and Switzerland, 1799.djvu
32.37 MB
Please Share This
Related Posts
Many magazines
on the
→ MAGAZINELIB.COM
Book for today - 2019