The officers of arms (kings of arms, heralds and pursuivants) have often been overlooked by scholars of late medieval elite society. Yet as officers of the crown, ducal courts or noble families, they played important parts in a number of areas. They were crucial to foreign and domestic relations, and chivalric culture; and, of course, they were to become the powerbrokers of heraldic symbols and genealogy. However, despite the high levels at which they operated, their roles in these areas remain largely unexplored, with scholarship tending to focus on the science of heraldry rather than the heralds themselves. This collection aims to remedy that neglect. The contributions cover a range of European regions (particularly Florence, Scandinavia, Poland, the German Empire, the Burgundian Low Countries, Brittany, Scotland and England) and discuss the diverse roles and experiences of heralds in the late Middle Ages. Contributors: JACKSON W. ARMSTRONG, ADRIAN AILES, KATIE STEVENSON, MICHAEL JONES, FRANCK VILTART, HENRI SIMMONEAU, WIM VAN ANROOIJ, BOGDAN WOJCIECH BRZUSTOWICZ, ALEXIA GROSJEAN, LAURA CIRRI 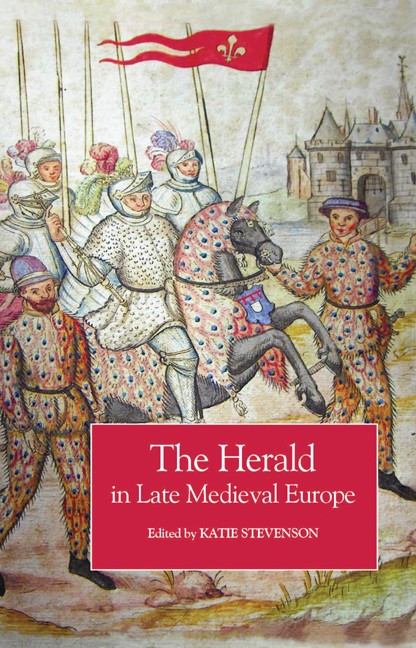 The Herald in Late Medieval Europe.pdf
8.76 MB
Please Share This
Related Posts
Many magazines
on the
→ MAGAZINELIB.COM
Book for today - 2019