How did medieval society deal with private justice, with grudges, and with violent emotions? This ground-breaking reader collects for the first time a number of unpublished or difficult-to-find texts that address violence and emotion in the Middle Ages.

The sources collected here illustrate the power and reach of the language of vengeance in medieval European society. They span the early, high, and later middle ages, and capture a range of perspectives including legal sources, learned commentaries, narratives, and documents of practice. Though social elites necessarily figure prominently in all medieval sources, sources concerning relatively low-status individuals and sources pertaining to women are included. The sources range from saints’ lives that illustrate the idea of vengeance to later medieval court records concerning vengeful practices. A secondary goal of the collection is to illustrate the prominence of mechanisms for peacemaking in medieval European society.

The introduction traces recent scholarly developments in the study of vengeance and discusses the significance of these concepts for medieval political and social history.

“This rich collection explores one of the most critical and complex aspects of medieval social relations: violence and peacemaking. It goes far beyond most ‘readers’ to provide large extracts of basic legal and religious texts, chronicles, saints’ lives and, most remarkably, extracts from manuscript archival court documents of the Later Middle Ages. It will be an inexhaustible resource for teachers, students, and researchers not just in social and legal history, but in the history of medieval religion and literature. The history of vengeance will never be the same.” — Fredric L. Cheyette, Amherst College 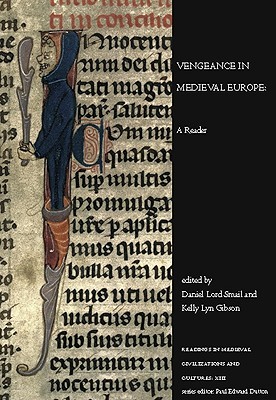 Vengeance in Medieval Europe. A Reader.pdf
2.53 MB
Please Share This
Related Posts
Many magazines
on the
→ MAGAZINELIB.COM
Book for today - 2019-2022