Sui-Tang China and Its Turko-Mongol Neighbors challenges readers to reconsider China’s relations with the rest of Eurasia. Investigating interstate competition and cooperation between the successive Sui and Tang dynasties and Turkic states of Mongolia from 580 to 800, Jonathan Skaff upends the notion that inhabitants of China and Mongolia were irreconcilably different and hostile to each other. Rulers on both sides deployed strikingly similar diplomacy, warfare, ideologies of rulership, and patrimonial political networking to seek hegemony over each other and the peoples living in the pastoral borderlands between them. The book particularly disputes the supposed uniqueness of imperial China’s tributary diplomacy by demonstrating that similar customary norms of interstate relations existed in a wide sphere in Eurasia as far west as Byzantium, India, and Iran. These previously unrecognized cultural connections, therefore, were arguably as much the work of Turko-Mongol pastoral nomads traversing the Eurasian steppe as the more commonly recognized Silk Road monks and merchants. This interdisciplinary and multi-perspective study will appeal to readers of comparative and world history, especially those interested in medieval warfare, diplomacy, and cultural studies. 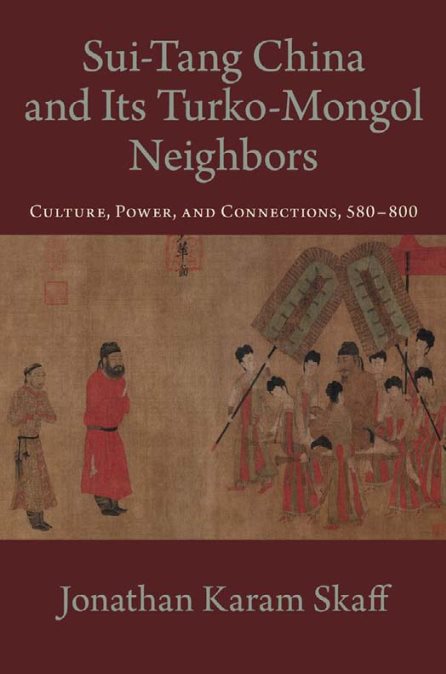 Sui-Tang China and its Turko-Mongol Neighbors. Culture, Power and Connections, 580-800.pdf
3.63 MB
Please Share This
Related Posts
Many magazines
on the
→ MAGAZINELIB.COM
Book for today - 2019