During the First World War, nearly half a million immigrant draftees from forty-six different nations served in the U.S. Army. This surge of Old World soldiers challenged the American military’s cultural, linguistic, and religious traditions and required military leaders to reconsider their training methods for the foreign-born troops. How did the U.S. War Department integrate this diverse group into a united fighting force?

The war department drew on the experiences of progressive social welfare reformers, who worked with immigrants in urban settlement houses, and they listened to industrial efficiency experts, who connected combat performance to morale and personnel management. Perhaps most significantly, the military enlisted the help of ethnic community leaders, who assisted in training, socializing, and Americanizing immigrant troops and who pressured the military to recognize and meet the important cultural and religious needs of the ethnic soldiers. These community leaders negotiated the Americanization process by promoting patriotism and loyalty to the United States while retaining key ethnic cultural traditions.

research illuminates what it meant for the U.S. military to reexamine early twentieth-century nativism; instead of forcing soldiers into a melting pot, war department policies created an atmosphere that made both American and ethnic pride acceptable.

During the war, a German officer commented on the ethnic diversity of the American army and noted, with some amazement, that these “semi-Americans” considered themselves to be “true-born sons of their adopted country.” The officer was wrong on one count. The immigrant soldiers were not “semi-Americans”; they were “Americans all!” 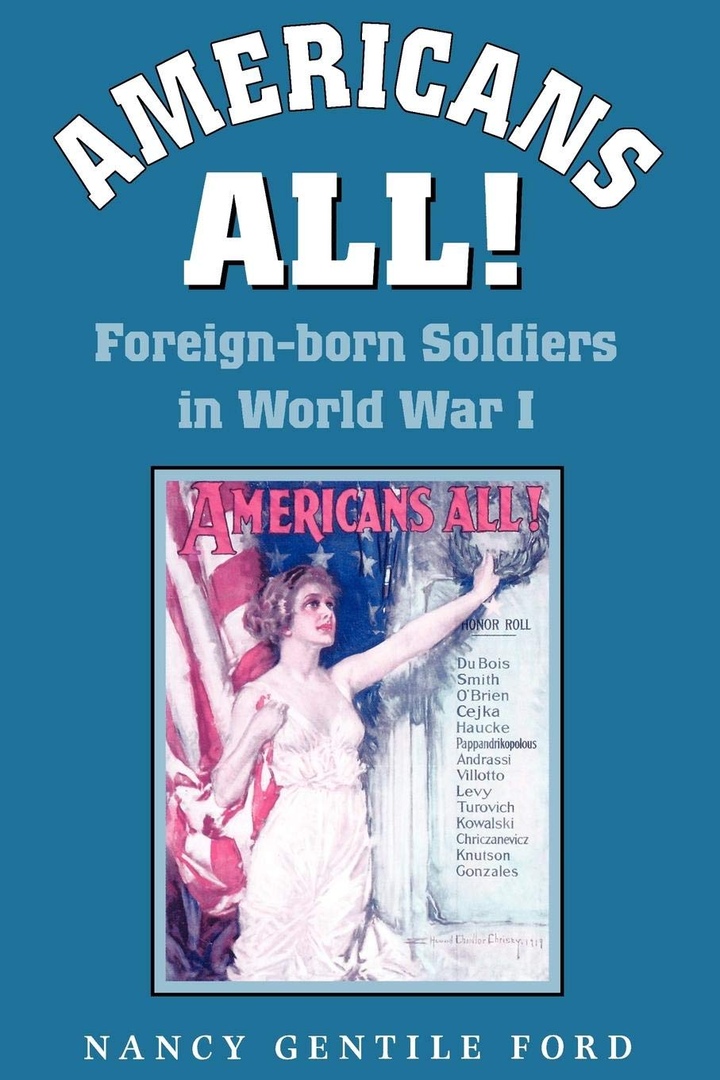