This work chronicles the lives and accomplishments of over 200 enemies who have fought, plotted, spied on, and in some instances defeated U.S. forces over the past three centuries.

Books on American military heroes abound. But this book is the first to focus on America’s talented enemies—the generals, admirals, Indian chiefs and warriors, submarine captains, fighter pilots, and spies who opposed the United States with military force or other means. Often these military leaders were among the best minds of their times.

For more than two centuries, the new nation’s most constant military opponents were the Native Americans, led by such capable chiefs as American Horse and Little Wolf. Under D’Iberville, Canada’s French colonialists became formidable foes, but they were soon surpassed by the rigorously disciplined redcoats of Great Britain under Howe and Cornwallis. Ironically, the most effective enemies in the history of the United States were not the leaders of foreign military forces—like Mexico’s Santa Anna, Japan’s Yamamoto, or Vietnam’s Vo Nguyen Giap. They arose from among its own citizens during the Civil War, the bloodiest conflict in American history. 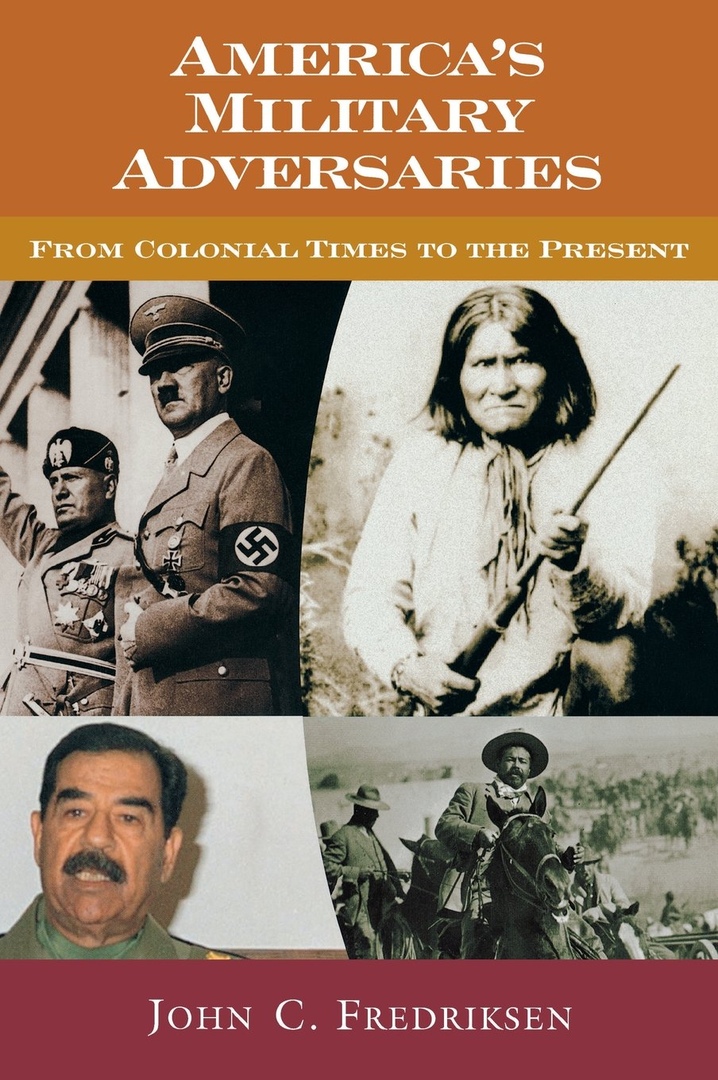 America's Military Adversaries. From Colonial Times to the Present.pdf
6.50 MB
Please Share This
Related Posts
Many magazines
on the
→ MAGAZINELIB.COM
Book for today - 2019