For at least thirty years, high school and college students have been taught to be embarrassed by American history. Required readings have become skewed toward a relentless focus on our country’s darkest moments, from slavery to McCarthyism. As a result, many history books devote more space to Harriet Tubman than to Abraham Lincoln; more to My Lai than to the American Revolution; more to the internment of Japanese Americans than to the liberation of Europe in World War II.

Now, finally, there is an antidote to this biased approach to our history. Two veteran history professors have written a sweeping, well-researched book that puts the spotlight back on America’s role as a beacon of liberty to the rest of the world.

Schweikart and Allen are careful to tell their story straight, from Columbus’s voyage to the capture of Saddam Hussein. They do not ignore America’s mistakes through the years, but they put them back in their proper perspective. And they conclude that America’s place as a world leader derived largely from the virtues of our own leaders — the men and women who cleared the wilderness, abolished slavery, and rid the world of fascism and communism.

The authors write in a clear and enjoyable style that makes history a pleasure, not just for students but also for adults who want to learn what their teachers skipped over.

Over the past decade, A Patriot’s History of the United States has become the definitive conservative history of our country, correcting the biases of historians and other intellectuals who downplay the greatness of America’s patriots. Professors Schweikart and Allen have now revised, updated, and expanded their book, which covers America’s long history with an appreciation for the values that made this nation uniquely successful. 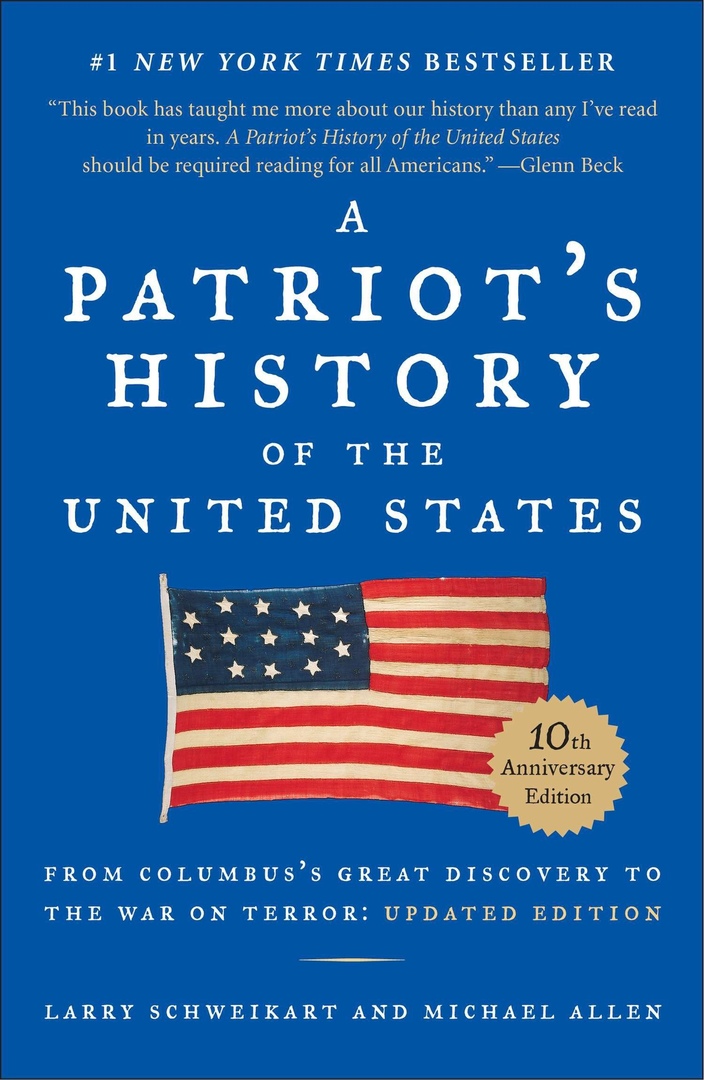 A Patriot's History of The United States. From Columbus's Great Discovery to America's Age of Entitlement.epub
1.81 MB
Please Share This
Related Posts
Many magazines
on the
→ MAGAZINELIB.COM
Book for today - 2019