In this book, Sara Phang explores the ideals and realities of Roman military discipline, which regulated the behavior of soldiers in combat and their punishment, as well as economic aspects of their service, including compensation and other benefits, work, and consumption. This thematically organized study analyzes these aspects of discipline, using both literary and documentary sources. Phang emphasizes social and cultural conflicts in the Roman army. Contrary to the impression that Roman emperors “bought” their soldiers and indulged them, discipline restrained such behavior and legitimized and stabilized the imperial power. Phang argues that emperors and aristocratic commanders gained prestige from imposing discipline, while displaying leadership in person and a willingness to compromise with a restive soldiery. 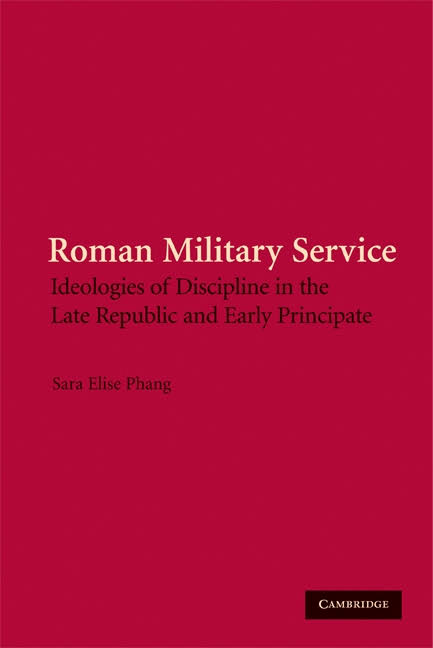 Roman Military Service. Ideologies of Discipline in the Late Republic and Early Principate.pdf
3.04 MB
Please Share This
Related Posts
Many magazines
on the
→ MAGAZINELIB.COM
Book for today - 2019