The railways of Manchuria offer an intriguing vantage point for an international history of northeast Asia. Before the completion of the Trans-Siberian railway in 1916, the only rail route from the Imperial Russian capital of St. Petersburg to the Pacific port of Vladivostok transited Manchuria. A spur line from the Manchurian city of Harbin led south to ice-free Port Arthur. Control of these two rail lines gave Imperial Russia military, economic, and political advantages that excited rivalry on the part of Japan and unease on the part of weak and divided China. Meanwhile, the effort to defend and retain that strategic hold against rising Japanese power strained distant Moscow. Control of the Manchurian railways was contested in the Russo-Japanese War of 1904-5; Japan’s 1931 invasion and establishment of the puppet state of Manchukuo; the second Sino-Japanese War and World War II in Asia; and, the Chinese civil war that culminated in the Communist victory over the Nationalists. Today, the railways are critical to plans for development of China’s sparsely populated interior. This volume brings together an international group of scholars to explore this fascinating history. 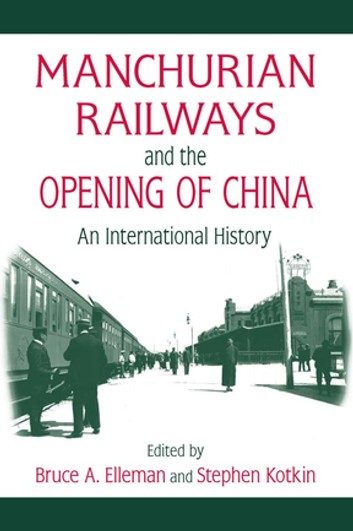 Manchurian Railways and the Opening of China. An International History - Bruce A. Elleman, Stephen Kotkin.pdf
1.56 MB
Please Share This
Related Posts
Many magazines
on the
→ MAGAZINELIB.COM
Book for today - 2019-2022