Bad Days in History: A Gleefully Grim Chronicle of Misfortune, Mayhem, and Misery for Every Day of the Year – Michael Farquhar
National Geographic | 2017 | EPUB

Bestselling author of A Treasury of Royal Scandals Michael Farquhar uncovers an instance of bad luck, epic misfortune, and unadulterated mayhem tied to every day of the year in this engrossing compendium of history’s worst moments. From Caligula’s blood-soaked end to hotelier Steve Wynn’s unfortunate run-in with a priceless Picasso, Bad Days in History delves into the past to present 365 delightfully told tales of historically bad days. Michael Farquhar’s cleverly written entries draw from the full sweep of history to take readers through a complete year of misery, including tales of lost fortunes (like the would-be Apple investor who pulled out in 1977 and missed out on a $30 billion-dollar windfall), romance gone wrong (like the 16th-century Shah who experimented with an early form of Viagra with empire-changing results), and truly bizarre moments (like the Great Molasses Flood of 1919). Catchy headlines draw readers into each entry and 100 photographs and illustrations illuminate particularly memorable bad days including the hopeful debut ads for the Ford Edsel, the special one-finger salute Korean POW’s designated for their unwitting captors, and the campaign photo that literally tanked Michael Dukakis’s presidential campaign.

Bad Days in History delivers true tales of these days and many more in a fascinating volume that is perfect for history lovers, trivia buffs, and anyone who thinks they might be having a historically bad day. Trust us, it gets worse 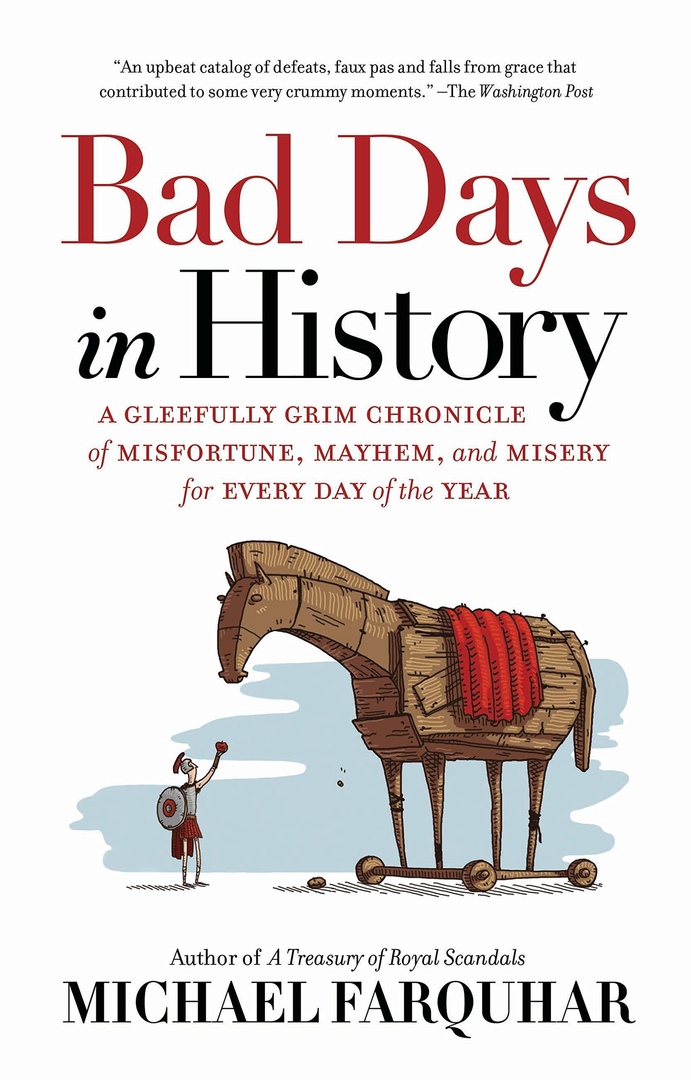 Bad Days in History. A Gleefully Grim Chronicle of Misfortune, Mayhem, and Misery for Every Day of the Year - Michael Farquha..
12.23 MB
Please Share This
Related Posts
Book for today - 2019