Did you know that…The “contemporary” fashion of living together before marriage is far from new, and was frequently practiced in earlier days…Self-divorce, although never legal, was once a commonplace occurrence…Marriage is more popular today than in the Victorian era…Marriage in church was not compulsory in England and Wales until the mid-18th century. These are just a few of the fascinating, and often surprising, revelations in For Better, For Worse, the most comprehensive treatment to date of the history of marriage in a major Western society. Using fresh evidence from popular courtship and wedding rituals over four centuries, Gillis challenges the widely held belief that marriage has evolved from a cold, impersonal arrangement to a more affectionate, egalitarian form of companionship. The truth, argues Gillis, lies somewhere in between: conjugal love was never wholly absent in preindustrial times, while today’s marriages are less companionate than is commonly believed. Gillis also illustrates, in rich detail, the perpetual tension between marital ideals and actual practices. This social history of the behavior and emotions of ordinary men and women radically revises our perspective on love and marriage in the past―and the present. 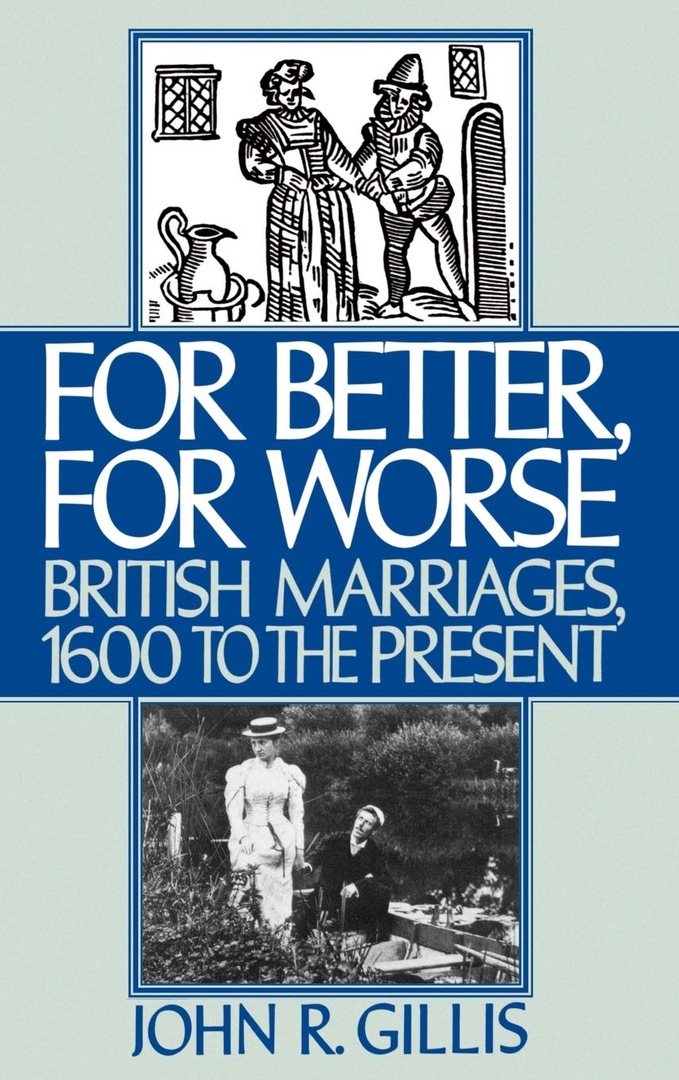