The police are constantly under scrutiny. They are criticized for failings, praised for successes, and hailed as heroes for their sacrifices. Starting from the premise that every society has norms and ways of dealing with transgressors, this book traces the evolution of the multiple forms of ‘policing’ that existed in the past. It examines the historical development of the various bodies, individuals, and officials who carried these out in different societies, in Europe and European colonies, but also with reference to countries such as ancient Egypt, China, and the United States. By demonstrating that policing was never the exclusive dominion of the police, and that the institution of the police, as we know it today, is a relatively recent creation, the book explores the idea and reality of policing, and shows how an institution we now call ‘the police’ came to be virtually universal in our modern world.

This book aims to both reflect and take forward current thinking on comparative and cross-national and cross-cultural aspects of the history of crime. Its content is wide-ranging: some chapters discuss the value of comparative approaches in aiding understanding of comparative history, and providing research directions for the future; others address substantive issues and topics that will be of interest to those with interests in both history and criminology. Overall the book aims to broaden the focus of the historical context of crime and policing to take fuller account of cross-national and cross-cultural factors.

How did ideas about crime and criminals change in Europe from around 1750 to 1940? How did European states respond to these changes with the development of police and penal institutions? Clive Emsley attempts to address these questions using recent research on the history of crime and criminal justice in Europe. Exploring the subject chronologically, he addresses the forms of offending, the changing interpretations and understandings of that offending at both elite and popular levels, and how the emerging nation states of the period responded to criminal activity by the development of police forces and the refinement of forms of punishment.The book focuses on the comparative nature in which different states studied each other and their institutions, and the ways in which different reformers exchanged ideas and investigated policing and penal experiments in other countries. It also explores the theoretical issues underpinning recent research, emphasising that the changes in ideas on crime and criminals were neither linear nor circular, and demonstrating clearly that many ideas hailed as new by contemporary politicians and in current debate on crime and its ‘solutions’, have a very long and illustrious history.

The history of police and policing have been the subject of much interest and research in recent years, but this book provides the first serious academic exploration of the origins and development of the role of soldier-policemen: the gendarmeries of nineteenth-century Europe.

The author presents a detailed account of the French Gendarmeries from the old regime up to the First World War, and looks at the reasons for how and why this model came to be exported across continental Europe in the wake of the Revolutionary and Napoleonic armies. In particular their role is examined within the differing national contexts of Italy, Germany and the Habsburg Empire.

The gendarmeries, it is argued, played a significant role in establishing the state, particularly in rural areas. As the physical manifestation of the state, gendarmes carried the state’s law and a promise of protection, whilst at the same time ensuring in turn that the state received its annual levies of conscripts and taxes

This account fully explores how the organisation and style of nineteenth-century soldier-policing in France developed in such a way that it brought the idea of the state and the state’s law to much of twentieth-century continental Europe.

Crime and Society in England, 1750-1900 draws on recent research to assess the changes in the understanding of crime, policing, the courts and penal sanctions in England as the country industrialised and urbanised during the eighteenth and nineteenth centuries. The third edition brings the subject up-to-date by reflecting recent shifts away from class towards gender analysis, and the growing interest in violence as opposed to property crime.

• Explores the value of criminal statistics, the significance of contemporary notions of class and gender in understanding and formulating the image of the criminal
• Describes developments in policing and the shifting ideas that led to a decline in corporate and capital punishments and an increasing focus on the prison
• Challenges the view that crime can be attributed to the behaviour of a criminal class, and the ideas that crime patterns can be explained simply in terms of the trade cycle
• Examines changes in crime and the criminal justice system against the larger changes in an industrialising society 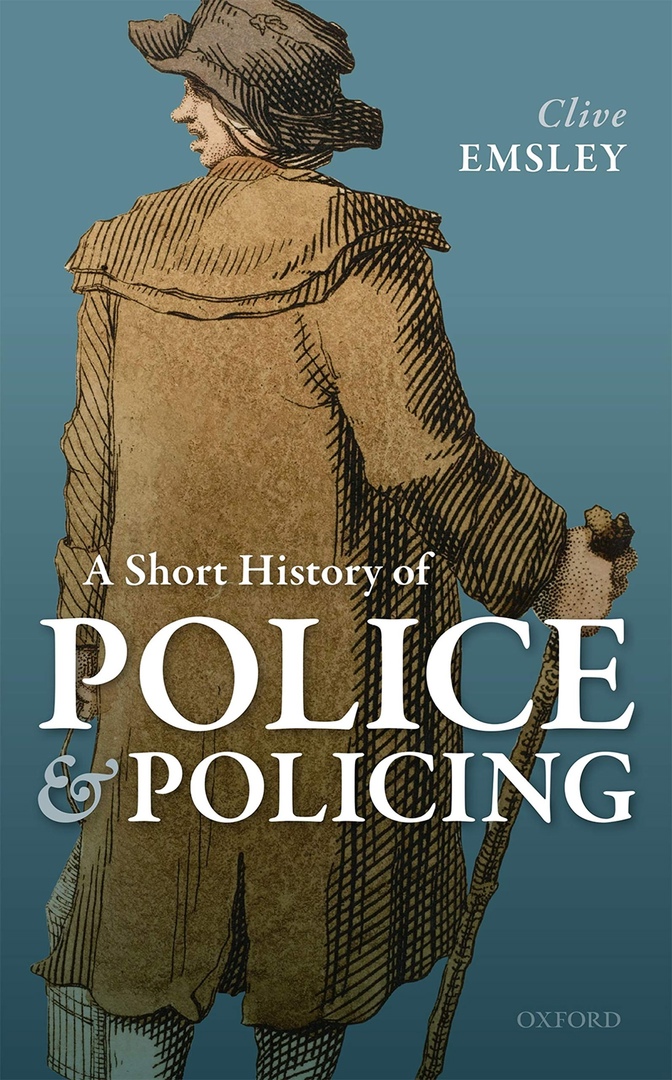 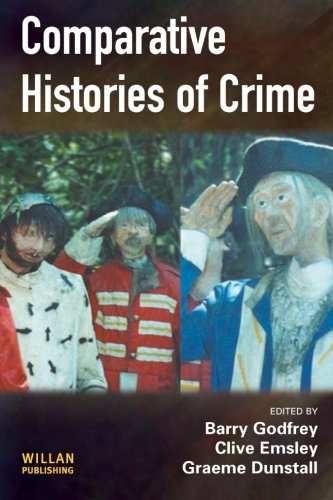 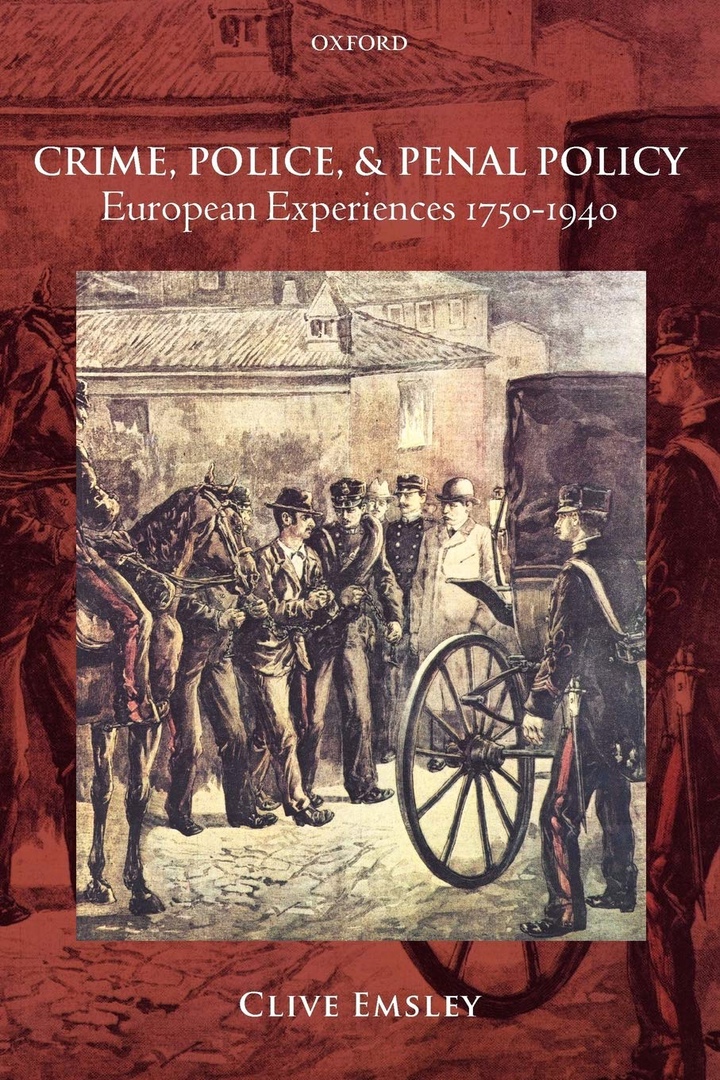 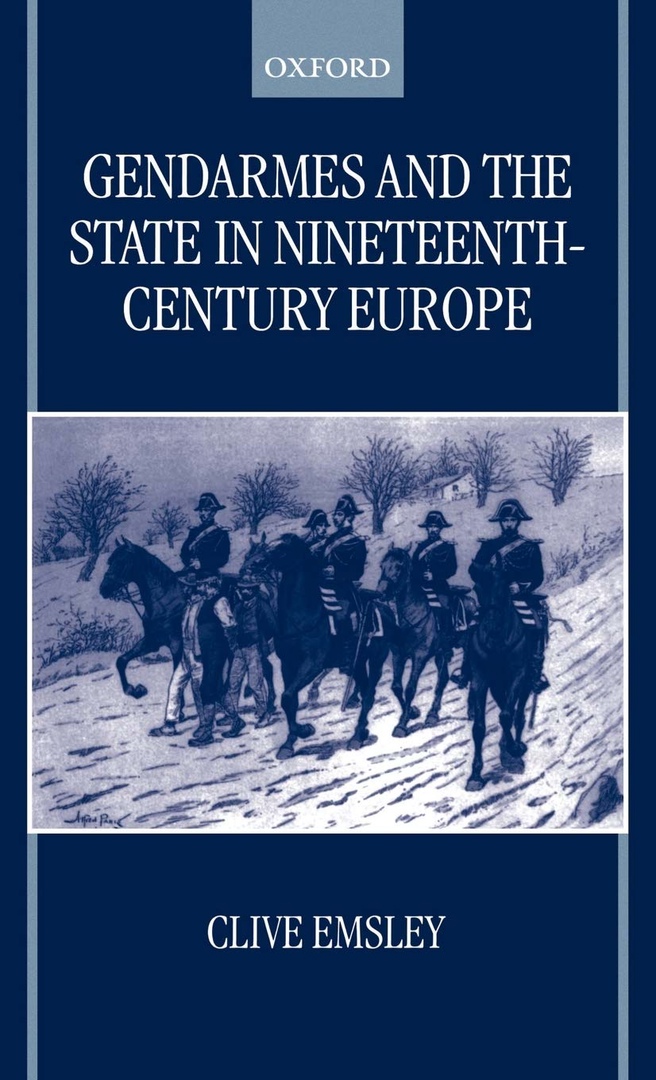 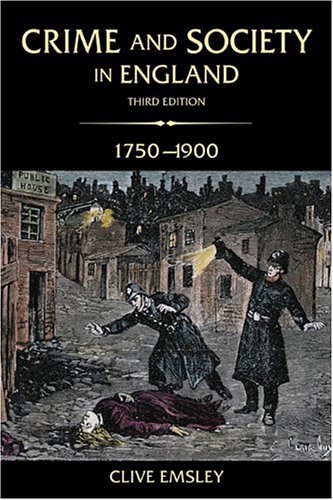