When the Southern states seceded to form their own government in 1861, one of their first moves was to organise an army. The South’s fighting men served from the time of their enlistment until the end of the war, receiving poor rations, and even worse clothing – and this despite the fact that one of the first steps taken by the new army was to design a uniform and establish standards for accoutrements and weapons. In this first of five volumes examining American Civil War armies, Philip Katcher profiles the uniforms issued by the national Confederate government to its artillery, cavalry and infantry troops.

The US Army during the Civil War was the largest the country had raised in its brief history; and it would remain the largest ever raised until World War I. In all, 2,772,408 men served in some branch or other of the US Army. This detailed work by Philip Katcher is a comprehensive guide to the uniforms, accoutrements, insignia and weapons of the Union Troops who fought the American Civil War, with a wealth of illustrations, including contemporary photographs and eight full page colour plates by Ron Volstad.

At the time of the American Civil War, with two million men under arms, a US Army that in pre-war days had depended upon a minute number of technical troops now required virtually an army of specialists alone. Special sharpshooters were recruited for skirmishing duty; men whose wounds would have led to their discharge in the past now found themselves guarding important posts in the Veteran Reserve Corps; and large numbers of civilians found themselves in uniform as members of the Telegraph or Hospital Corps. Philip Katcher examines the organization and uniforms of the specialist troops who served in the armies of both sides.

The War between the States’ is the term used for the American Civil War throughout much of the South even today. Many on both sides – not just the South – felt that they were serving their states as much, if not more, than their central governments. Many of the states agreed; the state governments raising their own units, commissioning their officers, and supplying their men. Indeed, many of the units that fought the Civil War were supplied in large part by their own states rather than by the central government’s quartermasters. Philip Katcher’s fascinating text explores the uniforms of 32 states; from Alabama to Wisconsin.

Uniformed volunteer units were raised by individuals, usually from an area’s social élite who had enough spare money and time to spend on such enthusiasms. They voted on their unit designation, their officers and non-commissioned officers, their unit rules, and their uniform. Many future leaders learned their skills in these ranks, and volunteer militia units formed the core of many fighting units on both sides of the Mason-Dixon line. With the help of numerous photographs and illustrations, including eight full page colour plates by Ron Volstad, Philip Katcher does a fine job of detailing the uniforms of the volunteer militia of the American Civil War. 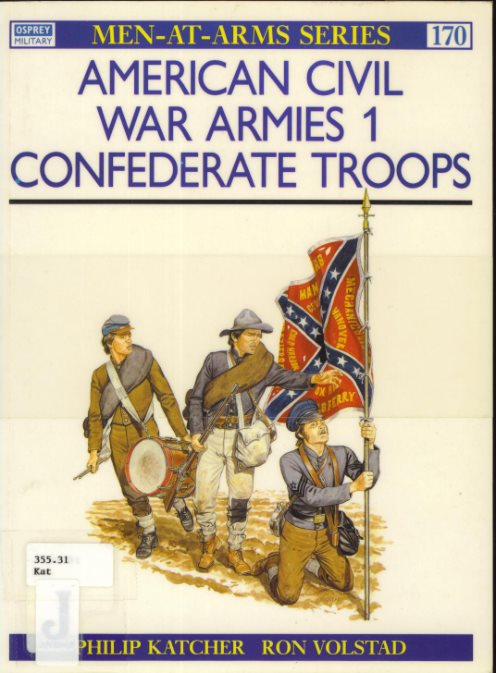 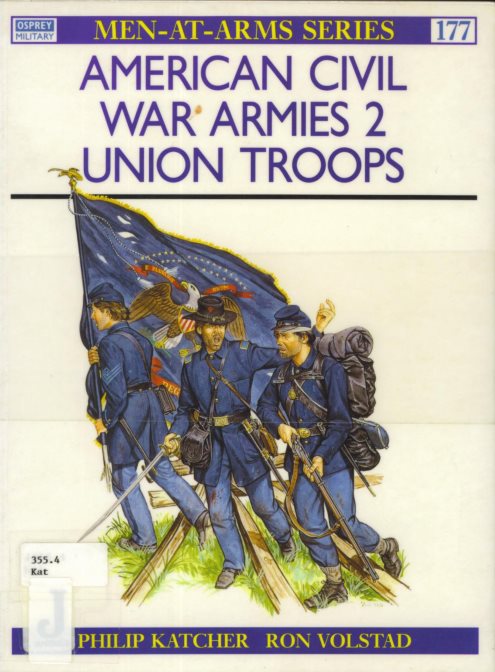 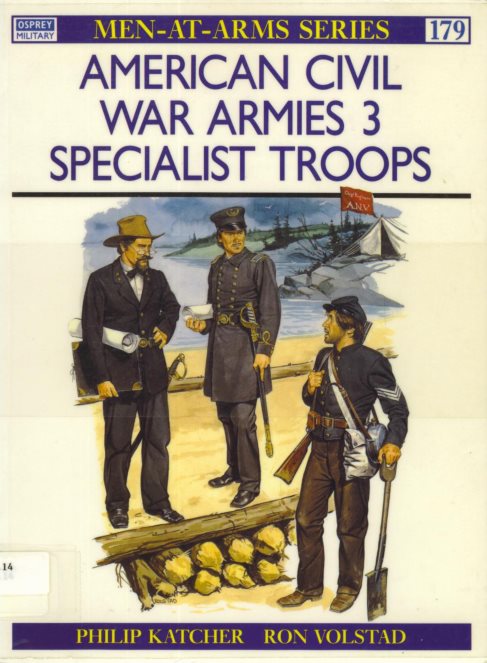 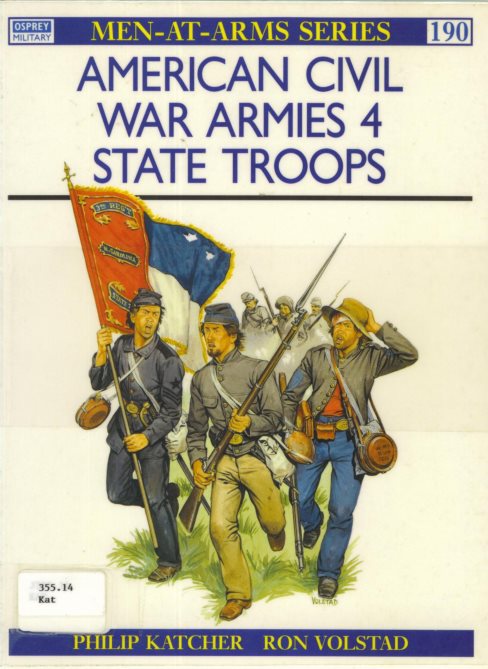 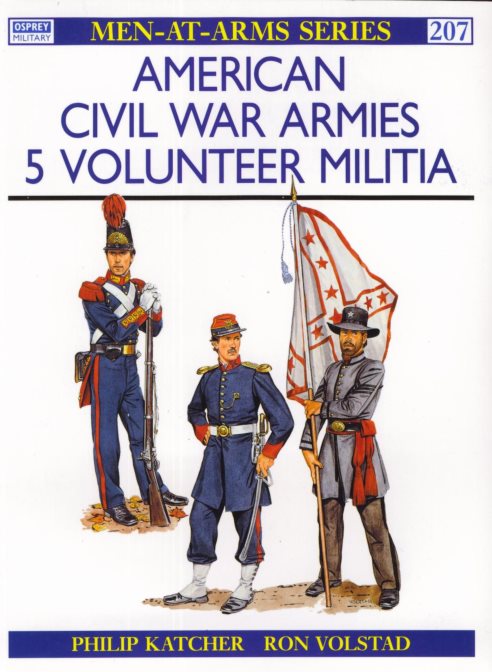