Heinrich Hoffman was a key part in the making of the Hitler legend, the photographer who carefully crafted the image of the Führer as a godlike figure. Hoffmann published his first book of photographs in 1919, following his work as an official photographer for the German army. In 1920 he joined the Nazi Party, and his association with Hitler began.

He became Hitler’s official photographer and traveled with him extensively. He took over two million photographs of Hitler, and they were distributed widely, including on postage stamps, an enterprise that proved very profitable for both men. Hoffmann published several books on Hitler in the 1930s, including The Hitler Nobody Knows (1933). Hoffmann and Hitler were very close, and he acted not only as a personal confidante – his memoirs include rare details of the Führer – but also as a matchmaker – it is Hoffmann who introduced Eva Braun, his studio assistant, to Hitler.

At the end of the war, Hoffmann was arrested by the US military, who also seized his photographic archive, and was sentenced to imprisonment for Nazi profiteering.

A decorated First World War pilot, Hans Baur was one of the leading commercial aviators of the 1920s before being pitched into the thick of it as personal pilot to a certain ‘Herr Hitler’. Hitler, who loathed flying, felt safe with Baur and would allow no one else to pilot him. As a result, an intimate relationship developed between the two men and it is this, which gives these memoirs special significance. Hitler relaxed in Baur’s company and talked freely of his plans and of his real opinions about his friends and allies.

Baur was also present during some of the most salient moments of the Third Reich; the Röhm Putsch, the advent of Eva Braun, Ribbentrop’s journey to Moscow, the Bürgerbräukeller attempt on Hitler’s life; and when war came, he flew Hitler from front to front. He remained in Hitler’s service right up to the final days in the Führerbunker. In a powerful account of Hitler’s last hours, Baur describes his final discussions with Hitler before his suicide; and his last meeting with Magda Goebbels in the tortuous moments before she killed her three children. Remarkably, throughout it all Baur’s loyalty to the Führer never wavered. His memoirs capture these events in all their fascinating and disturbing detail.

3) He Was My Chief: The Memoirs of Adolf Hitler’s Secretary – Christa Schroeder
Pen & Sword Books | 2011 | EPUB

As secretary to the Fuhrer throughout the time of the Third Reich, Christa Schroeder was perfectly placed to observe the actions and behaviour of Hitler, along with the most important figures surrounding him.Schroeder’s memoir does not fail to deliver fascinating insights: she notes his bourgeois manners, his vehement abstemiousness and his mood swings. Indeed, she was ostracised by Hitler for a number of months after she made the mistake of publicly contradicting him once too often. In addition to her portrayal of Hitler, there are illuminating anecdotes about Hitler’s closest colleagues. She recalls, for instance, that the relationship between Martin Bormann and his brother Albert (who was on Hitler’s personal staff) was so bad that the two would only communicate with one another via their respective adjutants – even if they were in the same room. There is also light shed on the peculiar personal life and insanity of Reichsminister Walther Darre.Schroeder claims to have known nothing of the horrors of the Nazi regime. There is nothing of the sense of perspective or the mea culpa that one finds in the memoirs of Hitler’s other secretary, Traudl Junge – who concluded ‘we should have known’. Rather the tone that pervades Schroeder’s memoir is one of bitterness. This is, without any doubt, one of the most important primary sources from the pre-war and wartime period.

4) With Hitler to the End: The Memoirs of Adolf Hitler’s Valet – Heinz Linge
Frontline Books | 2014 | EPUB

Heinz Linge worked with Adolf Hitler for a ten-year period from 1935 until the Führer’s death in the Berlin bunker in May 1945. He was one of the last to leave the bunker and was responsible for guarding the door while Hitler killed himself. During his years of service, Linge was responsible for all aspects of Hitler’s household and was constantly by his side.

Here, Linge recounts the daily routine in Hitler’s household: his eating habits, his foibles, his preferences, his sense of humor, and his private life with Eva Braun. After the war Linge said in an interview, “It was easier for him to sign a death warrant for an officer on the front than to swallow bad news about the health of his dog.” Linge also charts the changes in Hitler’s character during their time together and his fading health during the last years of the war. During his last days, Hitler’s right eye began to hurt intensely and Linge was responsible for administering cocaine drops to kill the pain. In a number of instances—such as with the Stauffenberg bomb plot of July 1944—Linge gives an excellent eyewitness account of events. He also gives thumbnail profiles of the prominent members of Hitler’s “court”: Hess, Speer, Bormann and Ribbentrop amongst them.

Though Linge held an SS rank, he claims not to have been a Nazi Party member. His profile of one of history’s worst demons is not blindly uncritical, but it is nonetheless affectionate. The Hitler that emerges is a multi-faceted individual: unpredictable and demanding, but not of an otherwise unpleasant nature.

After being seriously wounded in the 1939 Polish campaign, Rochus Misch was invited to join Hitler’s SS-bodyguard. There he served until the wars end as Hitler’s bodyguard, courier, orderly and finally as Chief of Communications.

On the Berghoff terrace he watched Eva Braun organize parties; observed Heinrich Himmler and Albert Speer; and monitored telephone conversations from Berlin to the East Prussian Headquarters on 20 July 1944 after the attempt on Hitler’s life. Towards the end Misch was drawn into the Fuhrerbunker with the last of the faithful. As defeat approached, he remained in charge of the bunker switchboard as his duty required, even after Hitler committed suicide.

Misch knew Hitler as the private man and his position was one of unconditional loyalty. His memoirs offer an intimate view of life in close attendance to Hitler and of the endless hours deep inside the bunker; and provide new insights into military events such as Hitler’s initial feelings that the 6th Army should pull out of Stalingrad. Shortly before he died Misch wrote a new introduction for this English-language edition. 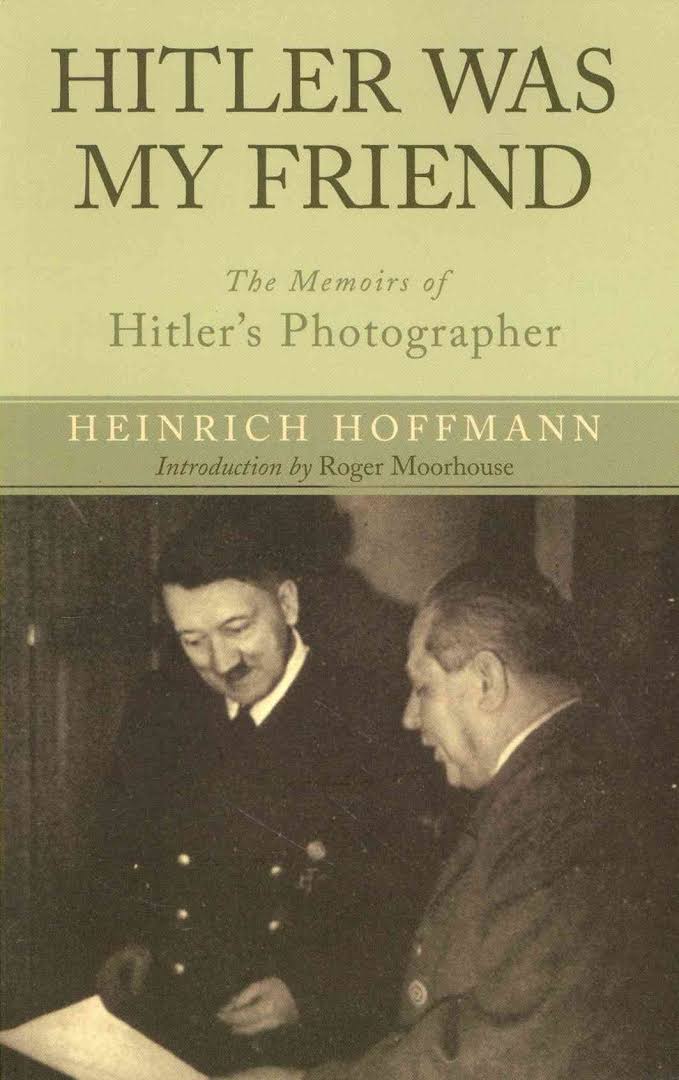 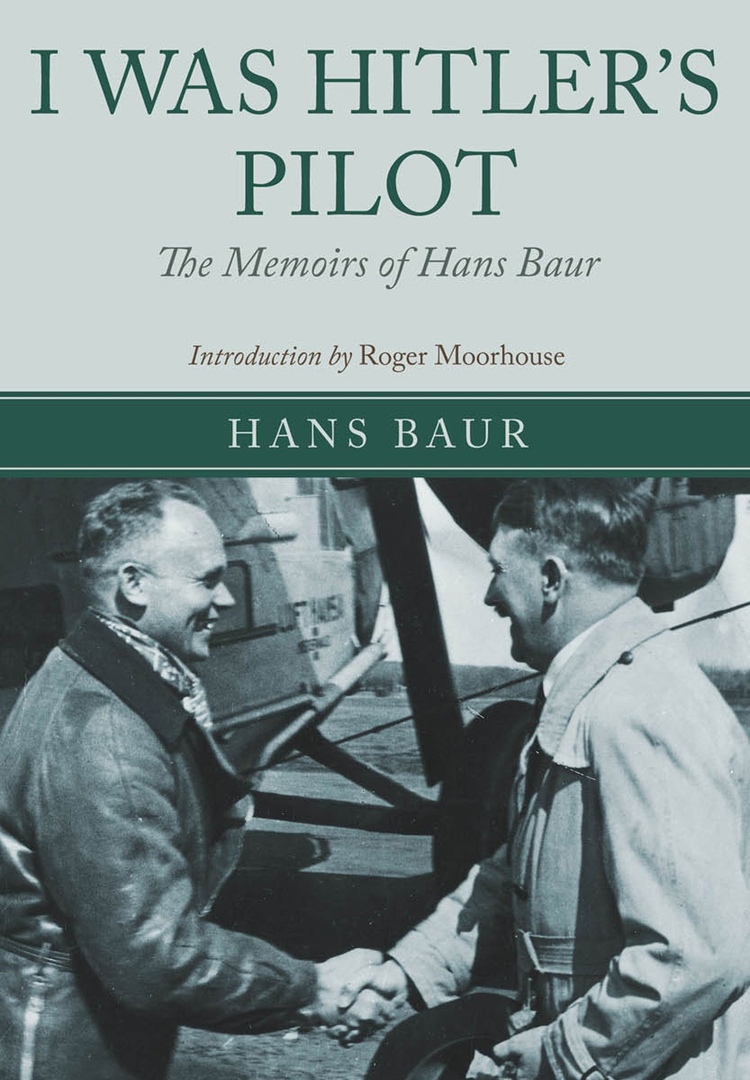 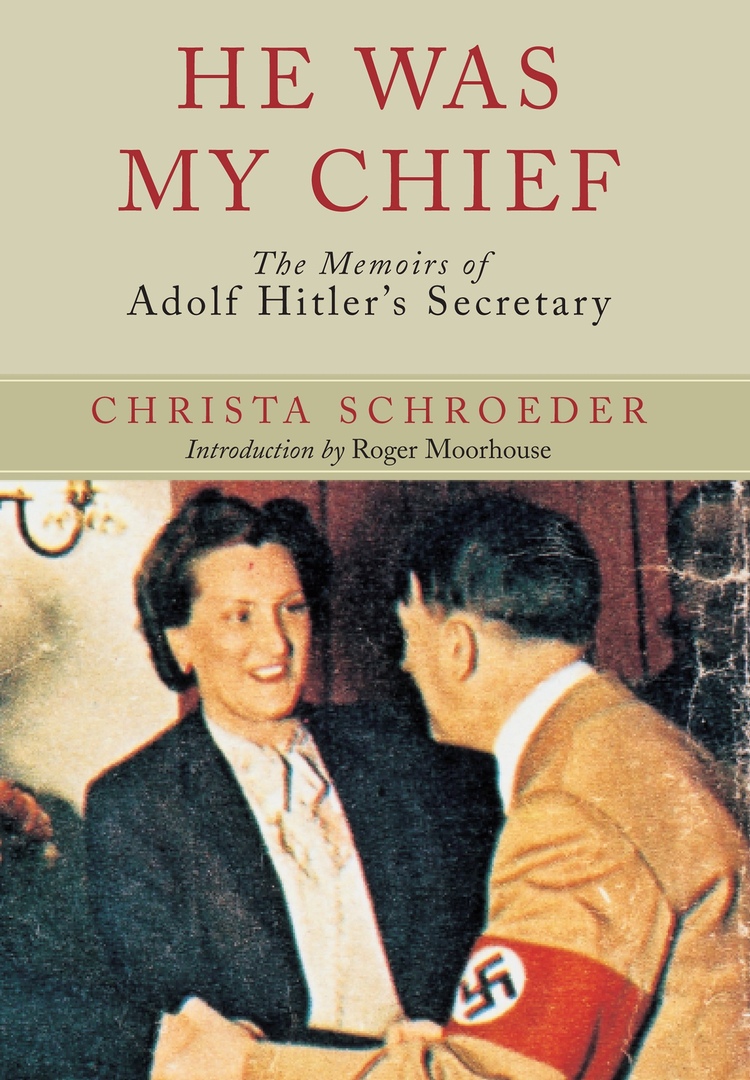 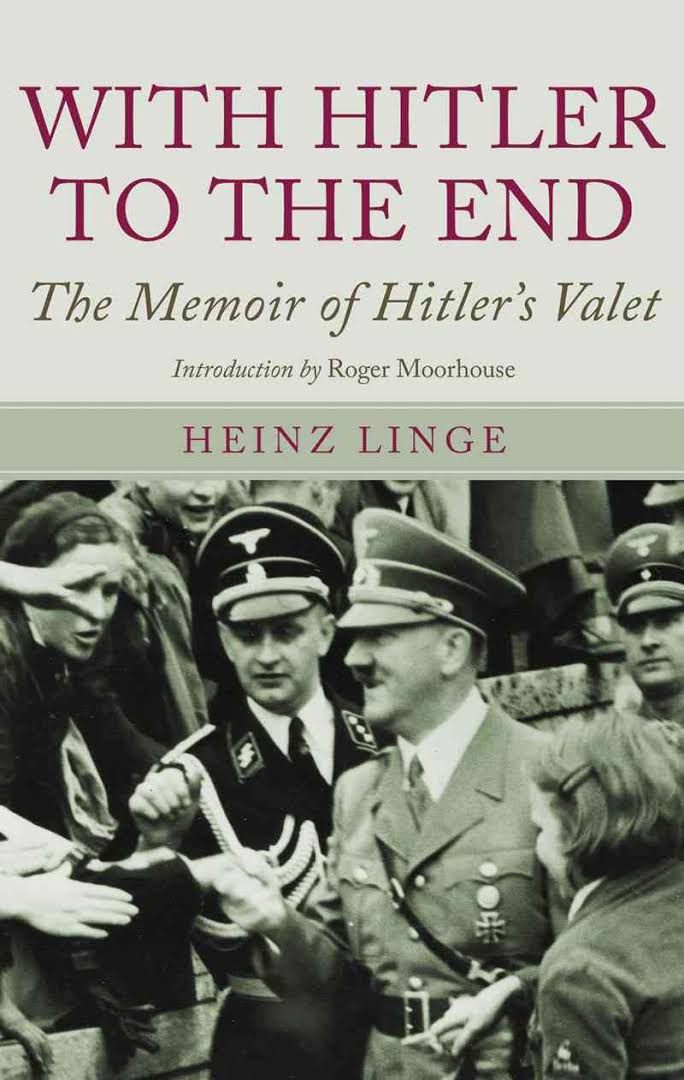 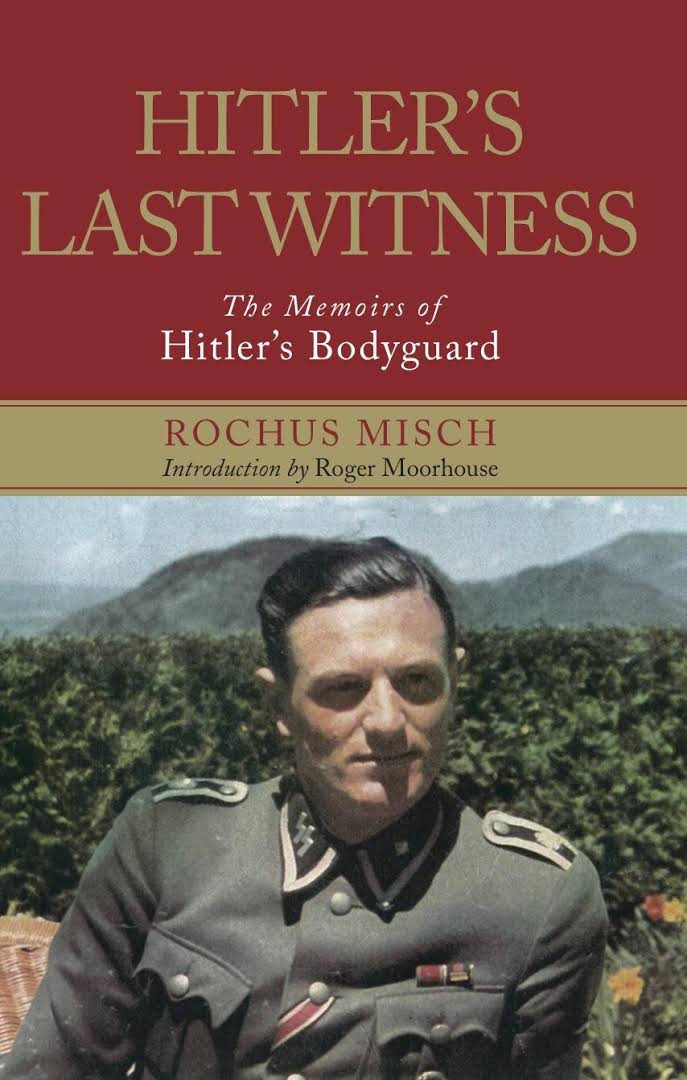 Hitler Was My Friend. The Memoirs of Hitler's Photographer - Heinrich Hoffmann.epub
3.84 MB

I Was Hitler's Pilot. The Memoirs of Hans Baur - Hans Baur.epub
1.24 MB

He Was My Chief. The Memoirs of Adolf Hitler's Secretary - Christa Schroeder.epub
834.20 KB

With Hitler to the End. The Memoirs of Adolf Hitler's Valet - Heinz Linge.epub
1.04 MB