To understand business and its political, cultural, and economic context, it helps to view it historically, yet most business histories look no further back than the nineteenth century. The full sweep of business history actually begins much earlier, with the initial cities of Mesopotamia. In the first book to describe and explain these origins, Roberts depicts the society of ancient traders and consumers, tracing the roots of modern business and underscoring the relationship between early and modern business practice.

Roberts’s narrative begins before business, which he defines as selling to voluntary buyers at a profit. Before business, he shows, the material conditions and concepts for the pursuit of profit did not exist, even though trade and manufacturing took place. The earliest business, he suggests, arose with the long distance trade of early Mesopotamia, and expanded into retail, manufacturing and finance in these command economies, culminating in the Middle Eastern empires. (Part One) But it was the largely independent rise of business, money, and markets in classical Greece that produced business much as we know it. Alexander the Great’s conquests and the societies that his successors created in their kingdoms brought a version of this system to the old Middle Eastern empires, and beyond. (Part Two) At Rome this entrepreneurial market system gained important new features, including business corporations, public contracting, and even shopping malls. The story concludes with the sharp decline of business after the 3rd century CE. (Part Three)

In each part, Roberts portrays the major new types of business coming into existence. He weaves these descriptions into a narrative of how the prevailing political, economic, and social culture shaped the nature and importance of business and the status, wealth, and treatment of business people. Throughout, the discussion indicates how much (and how little) business has changed, provides a clear picture of what business actually is, presents a model for understanding the social impact of business as a whole, and yields stimulating insights for public policy today. 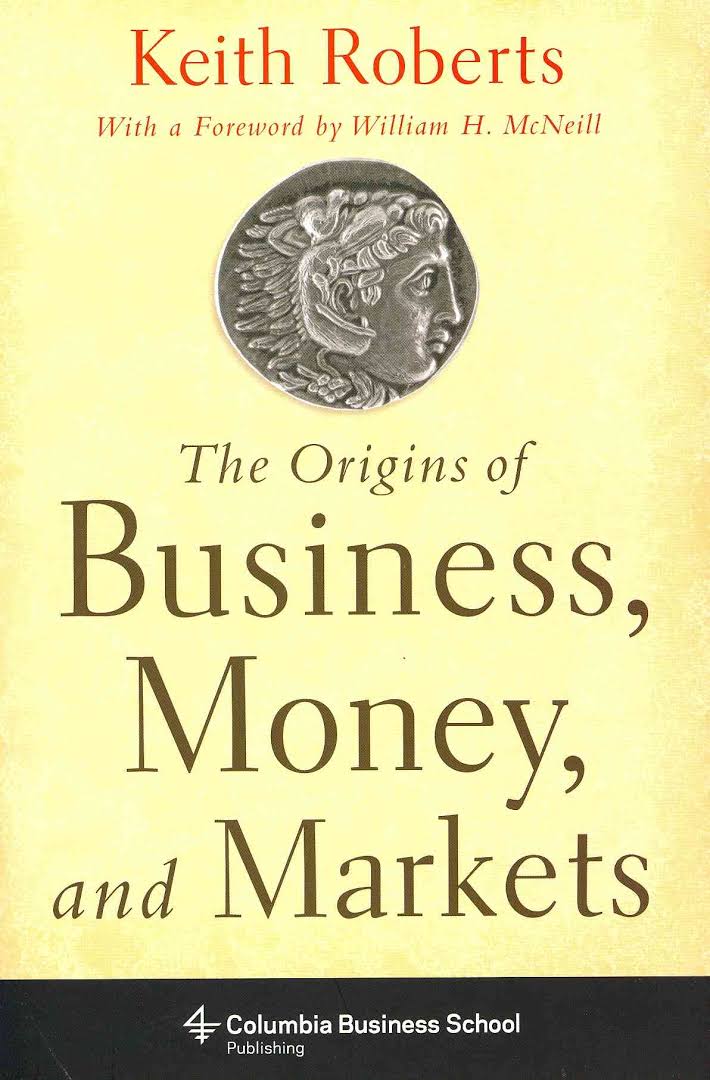 The Origins of Business, Money, and Markets - Keith Roberts.pdf
3.68 MB
Please Share This
Related Posts
Many magazines
on the
→ MAGAZINELIB.COM
Book for today - 2019