A German-born Union officer in the American Civil War, Maj. Gen. Peter Osterhaus served from the first clash in the western theater until the final surrender of the war. Osterhaus made a name for himself within the army as an energetic and resourceful commander who led his men from the front. He was one of the last surviving Union major general and military governor of Mississippi in the early days of Reconstruction.

This first full-length study of the officer documents how, despite his meteoric military career, his accomplishments were underreported even in his own day and often misrepresented in the historical record. Mary Bobbitt Townsend corrects previous errors about his life and offers new insights into his contributions to major turning points in the war at Vicksburg, Chattanooga, and Atlanta, as well as other battles.

Townsend draws on battle reports not found in the Official Records, on personal papers, and on other nonpublished material to examine Osterhaus’s part in the major battles in the West as well as in minor engagements. She tells how he came into his own in the Vicksburg campaign and proved himself through skill with artillery, expertise in intelligence gathering, and taking the lead in hostile territory—blazing the trail down the west side of the river for the entire Union army and then covering Grant’s back for a month during the siege. At Chattanooga, Osterhaus helped Joe Hooker strategize the rout at Lookout Mountain; at Atlanta, he led the Fifteenth Corps, the largest of the four corps making Sherman’s March to the Sea. Townsend also documents his contributions in the battles of Wilson’s Creek, Pea Ridge, Arkansas Post, Port Gibson, Ringgold Gap, and Resaca and shows that he played a crucial role in Canby’s Mobile Bay operations at the end of the war.

In addition to reporting Osterhaus’s wartime experiences, Townsend describes his experiences as a leader in the 1848–1849 Rebellion in his native Germany, his frustration during his term as Mississippi’s governor, and his stint as U.S. consul to France during the Franco-Prussian War.

Osterhaus stood out from other volunteer officers in his understanding of tactics and logistics, even though his careful field preparation led to criticism by historians that he was unduly cautious in battle. Yankee Warhorse sets the record straight on this important Civil War general as it opens a new window on the war in the West. 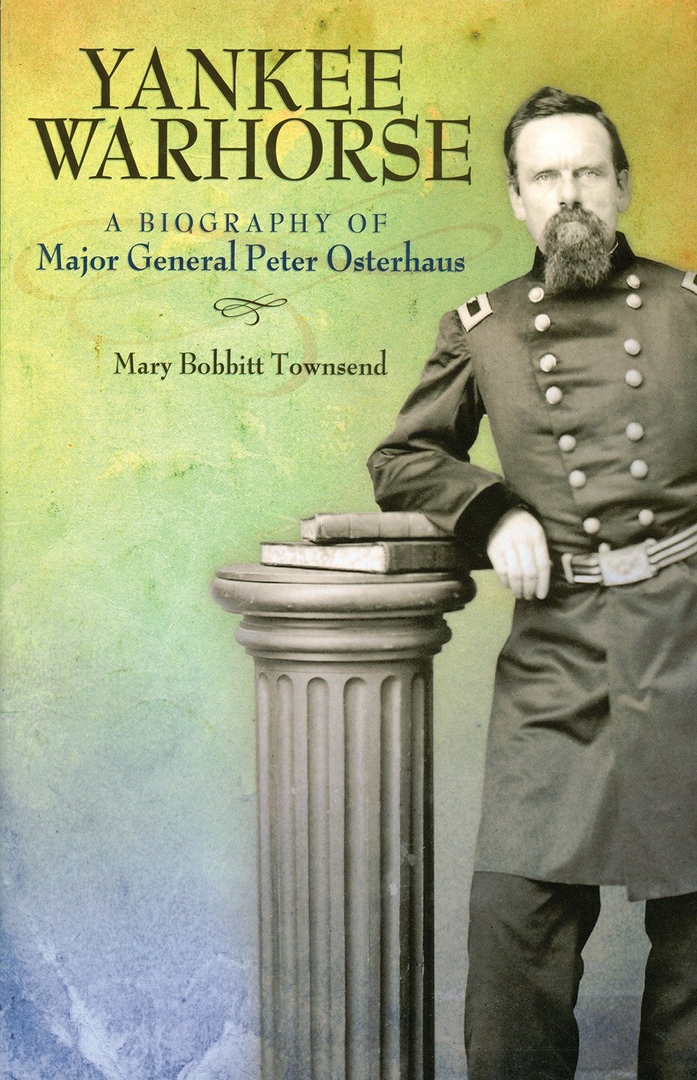