The Sabres of Paradise: Conquest and Vengeance in the Caucasus – Lesley Blanch
bookblast epublishing | 2015 | EPUB

Biography of supreme Muslim chieftain and military leader, Imam Shamyl, the ‘Lion of Daghestan’ fighting in the eastern Caucasus from 1834-59, by the late author and distinguished traveller, Lesley Blanch, MBE. It took six years to complete, with research done in Russia and the Caucasus, including tracing his descendants in Turkey and Egypt. Also a historical narrative, there are beautiful descriptions of the Caucasus — a region of supreme natural beauty and mighty mountain ranges — and the campaigns in which Lermontov and Tolstoy participated.

During the Caucasian Wars of Independence, the warring mountain tribes of Daghestan and Chechnya united under the charismatic leadership of Imam Shamyl — strengthened only by the desire for an independent Caucasus and their religious faith. For years Shamyl defied his enemy, the Tsar, who had taken his eldest son as a hostage to St Petersburg. Shamyl captured in turn two Georgian princesses (from the Tzarina’s entourage), a French governess, and the children, and kept them in his harem until they could be exchanged for his son. Lesley Blanch’s epic account of the heroic and bloody struggles, and her vivid portrayal of the strange and magnetic rebel Imam who became a legend, is particularly relevant in light of the continuing conflict in Chechnya. The great leader and his fiercely proud warriors haunt the Russian psyche to this day. 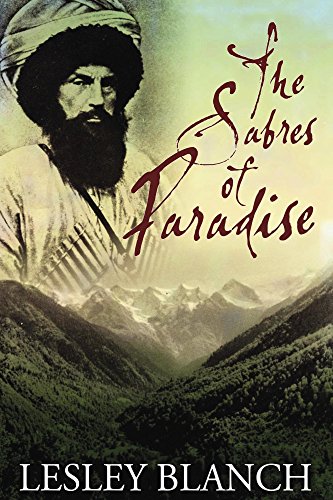 The Sabres of Paradise. Conquest and Vengeance in the Caucasus - Lesley Blanch.epub
1.14 MB
Please Share This
Related Posts
Many magazines
on the
→ MAGAZINELIB.COM
Book for today - 2019