When Charlemagne died in 814 CE, he left behind a dominion and a legacy unlike anything seen in Western Europe since the fall of Rome. Distinguished historian and author of “The Middle Ages” Johannes Fried presents a new biographical study of the legendary Frankish king and emperor, illuminating the life and reign of a ruler who shaped Europe’s destiny in ways few figures, before or since, have equaled.

Living in an age of faith, Charlemagne was above all a Christian king, Fried says. He made his court in Aix-la-Chapelle the center of a religious and intellectual renaissance, enlisting the Anglo-Saxon scholar Alcuin of York to be his personal tutor, and insisting that monks be literate and versed in rhetoric and logic. He erected a magnificent cathedral in his capital, decorating it lavishly while also dutifully attending Mass every morning and evening. And to an extent greater than any ruler before him, Charlemagne enhanced the papacy’s influence, becoming the first king to enact the legal principle that the pope was beyond the reach of temporal justice — a decision with fateful consequences for European politics for centuries afterward.

Though devout, Charlemagne was not saintly. He was a warrior-king, intimately familiar with violence and bloodshed. And he enjoyed worldly pleasures, including physical love. Though there are aspects of his personality we can never know with certainty, Fried paints a compelling portrait of a ruler, a time, and a kingdom that deepens our understanding of the man often called “the father of Europe.”

Since the fifteenth century, when humanist writers began to speak of a “middle” period in history linking their time to the ancient world, the nature of the Middle Ages has been widely debated. Across the millennium from 500 to 1500, distinguished historian Johannes Fried describes a dynamic confluence of political, social, religious, economic, and scientific developments that draws a guiding thread through the era: the growth of a culture of reason.

Beginning with the rise of the Franks, Fried uses individuals to introduce key themes, bringing to life those who have too often been reduced to abstractions of the medieval “monk” or “knight.” Milestones encountered in this thousand-year traversal include Europe’s political, cultural, and religious renovation under Charlemagne; the Holy Roman Empire under Charles IV, whose court in Prague was patron to crowning cultural achievements; and the series of conflicts between England and France that made up the Hundred Years’ War and gave to history the enduringly fascinating Joan of Arc. Broader political and intellectual currents are examined, from the authority of the papacy and impact of the Great Schism, to new theories of monarchy and jurisprudence, to the rise of scholarship and science.

The Middle Ages is full of people encountering the unfamiliar, grappling with new ideas, redefining power, and interacting with different societies. Fried gives readers an era of innovation and turbulence, of continuities and discontinuities, but one above all characterized by the vibrant expansion of knowledge and an understanding of the growing complexity of the world. 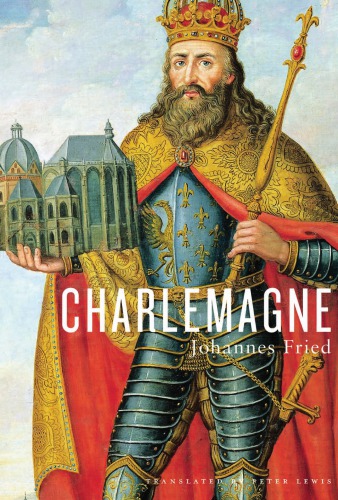