Calendars in Antiquity offers a comprehensive study of the calendars of ancient Mesopotamia, Egypt, Persia, Greece, Rome, Gaul, and all other parts of the Mediterranean and the Near East, from the origins up to and including Jewish and Christian calendars in late Antiquity. In this volume, Stern sheds light on the political context in which ancient calendars were designed and managed. Set and controlled by political rulers, calendars served as expressions of political power, as mechanisms of social control, and sometimes as assertions of political independence, or even of sub-culture and dissidence.

While ancient calendars varied widely, they all shared a common history, evolving on the whole from flexible, lunar calendars to fixed, solar schemes. The Egyptian calendar played an important role in this process, leading most notably to the institution of the Julian calendar in Rome, the forerunner of our modern Gregorian calendar. Stern argues that this common, evolutionary trajectory was not the result of scientific or technical progress. It was rather the result of major political and social changes that transformed the ancient world, with the formation of the great Near Eastern empires and then the Hellenistic and Roman Empires from the first millennium BC to late Antiquity. The institution of standard, fixed calendars served the administrative needs of these great empires but also contributed to their cultural cohesion.

2) The Calendar: The 5000-year Struggle to Align the Clock and the Heavens – and What Happened to the Missing Ten Days – David Ewing Duncan
Harper-Collins Pub Ltd | 1999 | EPUB

The 5,000-year struggle to align the heavens with the clock and what happened to the missing ten days. Measuring the daily and yearly cycle of the cosmos has never been entirely straightforward.The year 2000 is alternatively the year 2544 (Buddhist), 6236 (Ancient Egyptian), 5761 (Jewish) or simply the year of the Dragon (Chinese). The story of the creation of the Western calendar is a story of emperors and popes, mathematicians and monks, and the growth of scientific calculation to the point where, bizarrely, our measurement of time by atomic pulses is now more acurate than Time itself: the Earth is an elderly lady and slightly eccentric — she loses half a second a century. Days have been invented (Julius Caesar needed an extra 80 days in 46BC), lost (Pope Gregory XIII ditched ten days in 1582) and moved (because Julius Caesar had thirty-one in his month, Augustus determined that he should have the same, so he pinched one from February). The Calendar links politics and religion, astronomy and mathematics, Cleopatra and Stephen Hawking. And it is published as millions of computer users wonder what will happen when, after 31 December 1999, their dates run out!

The ancient Romans changed more than the map of the world when they conquered so much of it; they altered the way historical time itself is marked and understood. In this brilliant, erudite, and exhilarating book Denis Feeney investigates time and its contours as described by the ancient Romans, first as Rome positioned itself in relation to Greece and then as it exerted its influence as a major world power. Feeney welcomes the reader into a world where time was movable and changeable and where simply ascertaining a date required a complex and often contentious cultural narrative. In a style that is lucid, fluent, and graceful, he investigates the pertinent systems, including the Roman calendar (which is still our calendar) and its near perfect method of capturing the progress of natural time; the annual rhythm of consular government; the plotting of sacred time onto sacred space; the forging of chronological links to the past; and, above all, the experience of empire, by which the Romans meshed the city state’s concept of time with those of the foreigners they encountered to establish a new worldwide web of time. Because this web of time was Greek before the Romans transformed it, the book is also a remarkable study in the cross-cultural interaction between the Greek and Roman worlds.

Feeney’s skillful deployment of specialist material is engaging and accessible and ranges from details of the time schemes used by Greeks and Romans to accommodate the Romans’ unprecedented rise to world dominance to an edifying discussion of the fixed axis of B.C./A.D., or B.C.E./C.E., and the supposedly objective “dates” implied. He closely examines the most important of the ancient world’s time divisions, that between myth and history, and concludes by demonstrating the impact of the reformed calendar on the way the Romans conceived of time’s recurrence. Feeney’s achievement is nothing less than the reconstruction of the Roman conception of time, which has the additional effect of transforming the way the way the reader inhabits and experiences time.

This fascinating book fully addresses a topic of much general interest by drawing together a wealth of diverse material on the much-trusted (and rarely disputed) phenomenon we know as the calendar. From the fundamentals of astronomy to the world’s ancient time-keeping schemes, from the development of the modern-day calendar to the precise calculation of what happens when (as in, how does one arrive at the date for Easter Sunday?), this is a skillful yet approachable discussion of the calendar from both the historical and contemporary perspectives. Readers will even learn how to perform experiments and calculations for themselves by using such basic techniques as stargazing and simple mathematics.

What are the halcyon days? On what date do the dog days begin? What is Hansel Monday? How do Chinese, Muslim, Mesoamerican, Jewish, and Babylonian calendars differ from Christian calendars? The answers to these and hundreds of other intriguing questions about the way humans have marked and measured time over the millennia can be found in The Oxford Companion to the Year.

The desire to set aside certain periods of time to mark their significance is a transhistorical, transcultural phenomena. Virtually all cultures have marked special days or periods: the feast day of a saint, the celebration of a historical event, the turning of a season, a period of fasting, the birthday of an important historical figure. Around these days a rich body of traditions, beliefs, and superstitions have grown up, many of them only half-remembered today. Now, for the first time, Bonnie Blackburn and Leofranc Holford-Strevens combine this body of knowledge with a wide-ranging survey of calendars across cultures in an authoritative and engaging one-volume reference work. The first section of The Oxford Companion to the Year is a day-by-day survey of the calendar year, revealing the history, literature, legend, and lore associated with each season, month, and day. The second part provides a broader study of time-reckoning: historical and modern calendars, religious and civil, are explained, with handy tables for the conversion of dates between various systems and a helpful index to facilitate speedy reference.

The Oxford Companion to the Year is a unique and uniquely delightful reference source, an indispensable aid for all historians and antiquarians, and a rich mine of information and inspiration for browsers. 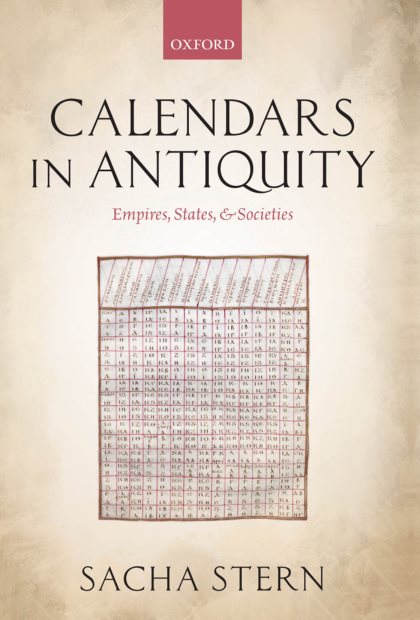 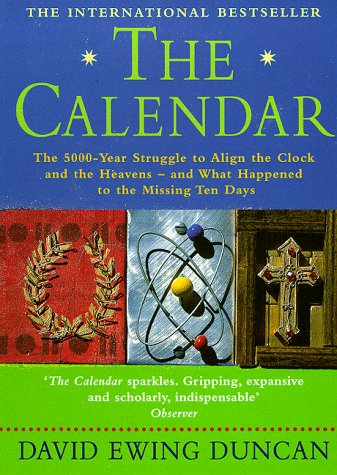 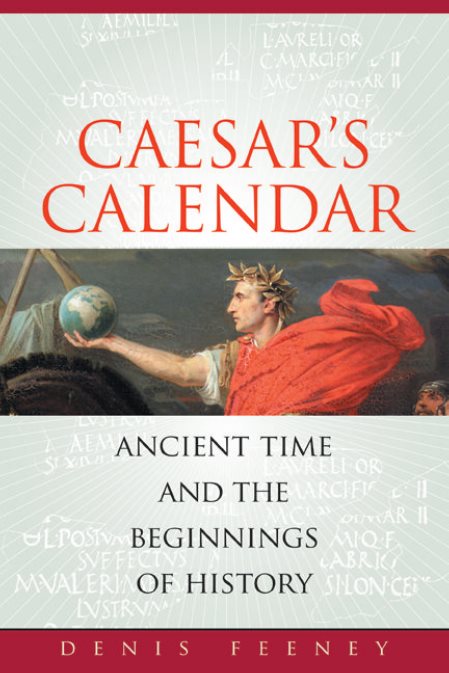 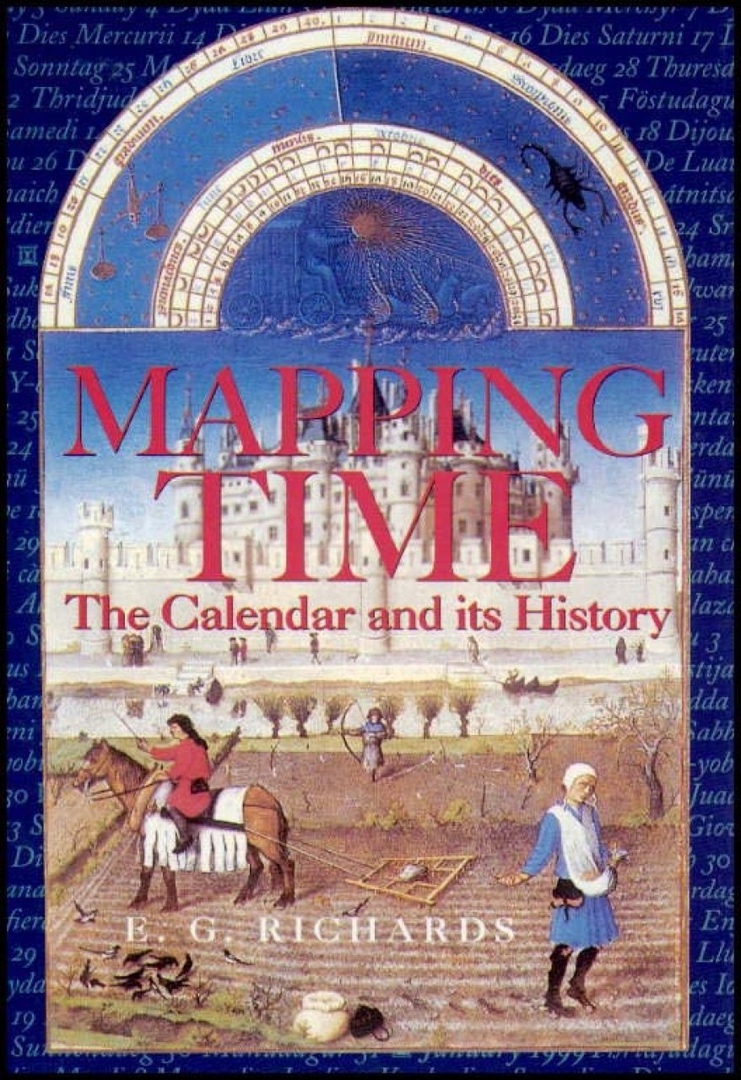 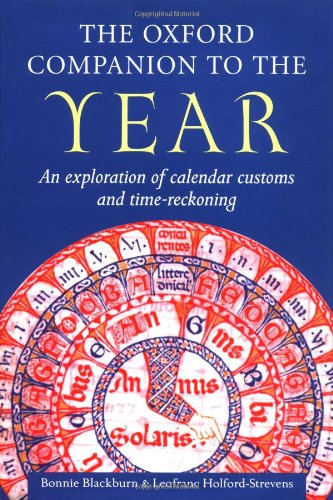 The Oxford Companion to the Year. An Exploration of Calendar Customs and Time-Reckoning.pdf
8.31 MB
Please Share This
Related Posts
Many magazines
on the
→ MAGAZINELIB.COM
Book for today - 2019-2022