The Lost History of Christianity: The Thousand-Year Golden Age of the Church in the Middle East, Africa, and Asia — and How It Died – Philip Jenkins
HarperOne | 2008 | PDF, EPUB

The Lost History of Christianity by Philip Jenkins offers a revolutionary view of the history of the Christian church. Subtitled “The Thousand-Year Golden Age of the Church in the Middle East, Africa, and Asia—and How It Died,” it explores the extinction of the earliest, most influential Christian churches of China, India, and the Middle East, which held the closest historical links to Jesus and were the dominant expression of Christianity throughout its first millennium. The remarkable true story of the demise of the institution that shaped both Asia and Christianity as we know them today, The Lost History of Christianity is a controversial and important work of religious scholarship that sounds a warning that must be heeded.

Revisionist history is always great fun, and never more so than when it is persuasively and cogently argued. Jenkins, the Penn State history professor whose book The Next Christendom made waves several years ago, argues that it’s not exactly a new thing that Christianity is making terrific inroads in Asia and Africa. A thousand years ago, those continents were more Christian than Europe, and Asian Christianity in particular was the locus of tremendous innovations in mysticism, monasticism, theology and secular knowledge. The little-told story of Christianity’s decline in those two continents—hastened by Mongol invasions, the rise of Islam and Buddhism, and internecine quarrels—is sensitively and imaginatively rendered. Jenkins sometimes challenges the assertions of other scholars, including Karen Armstrong and Elaine Pagels, but provides compelling evidence for his views. The book is marvelously accessible for the lay reader and replete with fascinating details to help personalize the ambitious sweep of global history Jenkins undertakes. This is an important counterweight to previous histories that have focused almost exclusively on Christianity in the West. (Nov.)

Jenkins turns from the recent history and trend projections of such invaluable books as The Next Christendom (2002) and God’s Continent (2007) to a much broader canvas, roughly from the fifth century to the twentieth, within which the first global Christian establishment persisted for a thousand years. The predominant churches of that establishment were Nestorian and Jacobite, sufficiently different in conceptions of the nature of Christ to be considered heretical by Catholics and Orthodox. They consisted of hundreds of bishoprics from Egypt and Abyssinia to India and China, with the greatest concentration in Mesopotamia. For centuries, they got along well with neighbor faiths, especially Islam. But the pressure of invaders into Islamic-ruled lands, from the East (Mongols and Turks) even more devastatingly than from the West (the Crusades), and the fact that Christians often allied with those invaders, eventually provoked savage reaction from Muslims, especially, and, most lethally, from Islamicized Turks. So secular politics tolled the long death knell of Nestorian-Jacobite Christianity. In leaner, clearer prose than ever before, Jenkins outlines and analyzes this history, which few present-day Christians have even heard of. This may be the most eye-opening history book of the year. — Ray Olson 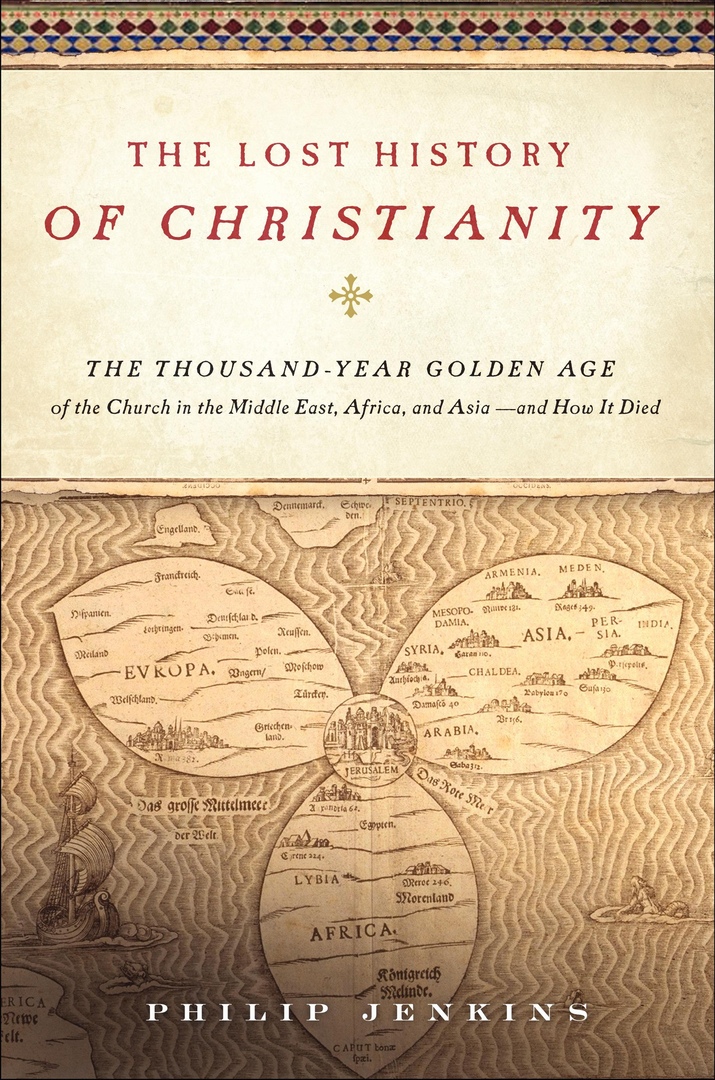 The Lost History of Christianity. The Thousand-Year Golden Age of the Church in the Middle East, Africa, and Asia - Philip Je..
1.50 MB

The Lost History of Christianity. The Thousand-Year Golden Age of the Church in the Middle East, Africa, and Asia - Philip Je..
540.39 KB
Please Share This
Related Posts
Many magazines
on the
→ MAGAZINELIB.COM
Book for today - 2019