In May of 1592, Japanese dictator Toyotomi Hideyoshi sent a 158,800-man army of invasion from Kyushu to Pusan on Korea’s southern tip. His objective: to conquer Korea, then China, and then the whole of Asia. The resulting seven years of fighting, known in Korea as imjin waeran, the “Imjin invasion,” after the year of the water dragon in which it began, dwarfed contemporary conflicts in Europe and was one of the most devastating wars to grip East Asia in the past thousand years.

The Imjin War is the most comprehensive account ever published in English of this cataclysmic event, so little known in the West. It begins with the political and cultural background of Korea, Japan and China, explores the diplomatic impasse that led to the war, describes every major incident and battle from 1592 to 1598 and introduces a fascinating cast of characters along the way. There is Hideyoshi, hosting garden parties as his armies march toward Beijing; Korean admiral Yi Sun-sin, emerging from a prison cell to take on the Japanese navy with just thirteen ships; Chinese commander Zhao Chengxun, suffering defeat after promising to “scatter the Japanese to the four winds”; the courtesan Chu Non-gae, luring a samurai into her arms and then jumping into the Nam River with him locked in her embrace.

One nation fighting to expand, another to survive. Shockwaves extending across China and beyond. The Imjin War is an epic tale of grand perspective and intimate detail of an upheaval that would shape East Asia for centuries to come.

The invasion of Korea by Japanese troops in May of 1592 was no ordinary military expedition: it was one of the decisive events in Asian history and the most tragic for the Korean peninsula until the mid-twentieth century. Japanese overlord Toyotomi Hideyoshi envisioned conquering Korea, Ming China, and eventually all of Asia; but Korea’s appeal to China’s Emperor Wanli for assistance triggered a six-year war involving hundreds of thousands of soldiers and encompassing the whole region. For Japan, the war was “a dragon’s head followed by a serpent’s tail”: an impressive beginning with no real ending.

Kenneth M. Swope has undertaken the first full-length scholarly study in English of this important conflict. Drawing on Korean, Japanese, and especially Chinese sources, he corrects the Japan-centered perspective of previous accounts and depicts Wanli not as the self-indulgent ruler of received interpretations but rather one actively engaged in military affairs—and concerned especially with rescuing China’s client state of Korea. He puts the Ming in a more vigorous light, detailing Chinese siege warfare, the development and deployment of innovative military technologies, and the naval battles that marked the climax of the war. He also explains the war’s repercussions outside the military sphere—particularly the dynamics of intraregional diplomacy within the shadow of the Chinese tributary system.

What Swope calls the First Great East Asian War marked both the emergence of Japan’s desire to extend its sphere of influence to the Chinese mainland and a military revival of China’s commitment to defending its interests in Northeast Asia. Swope’s account offers new insight not only into the history of warfare in Asia but also into a conflict that reverberates in international relations to this day.

The Imjin War (1592–1598) was a grueling conflict that wreaked havoc on the towns and villages of the Korean Peninsula. The involvement of Chinese, Japanese, and Korean forces, not to mention the regional scope of the war, was the largest the world had seen, and the memory dominated East Asian memory until World War II. Despite massive regional realignments, Korea’s Chosôn Dynasty endured, but within its polity a new, national discourse began to emerge. Meant to inspire civilians to rise up against the Japanese army, this potent rhetoric conjured a unified Korea and intensified after the Manchu invasions of 1627 and 1636.

By documenting this phenomenon, JaHyun Kim Haboush offers a compelling counternarrative to Western historiography, which ties Korea’s idea of nation to the imported ideologies of modern colonialism. She instead elevates the formative role of the conflicts that defined the second half of the Chosôn Dynasty, which had transfigured the geopolitics of East Asia and introduced a national narrative key to Korea’s survival. Re-creating the cultural and political passions that bound Chosôn society together during this period, Haboush reclaims the root story of solidarity that helped Korea thrive well into the modern era.

Stephen Turnbull, a renowned expert on the history of Japan, examines the samurai invasion of Korea, the first step in an ambitious Japanese plan to conquer China. Examining the various stages of the war, from the pitched battles of the early war years, to the great naval encounters, the dramatic sieges and the bitter trench warfare that characterized the end of the war, Turnbull provides a concise analysis of the conflict. Highly illustrated with contemporary photographs, full colour battlescene artwork, detailed maps and bird’s-eye views, this is a concise history of a unique and exciting campaign, which not only involved huge numbers of men, differing terrain and tactics but was also the only time that the legendary samurai were pitched against a foreign nation.

The Japanese invasion and occupation of Korea, which lasted from 1592 to 1598, was the only occasion in Japanese history when samurai aggression was turned against a foreign country. During the occupation of Korea the Japanese built 25 wajo or castles. Unlike the castles built in Japan, these fortifications were never developed or modernized after the Japanese departure. The details of late 16th-century castle construction are therefore better preserved than at many other sites. Written by Stephen Turnbull, an expert in the subject, this book examines the castles built by the Japanese in Korea, as well as the use made of existing Korean fortifications, particularly city walls. This resulted in curious hybrid fortifications that dominated the landscape until the Japanese were pushed out of the peninsula by a furious onslaught from huge Chinese armies. 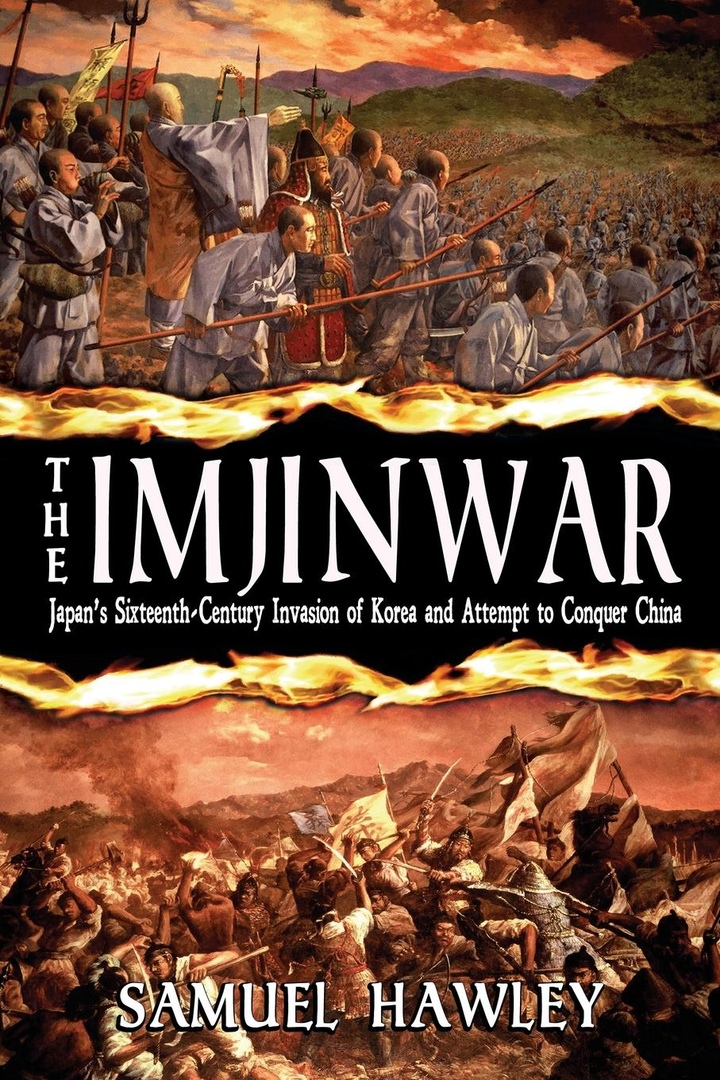 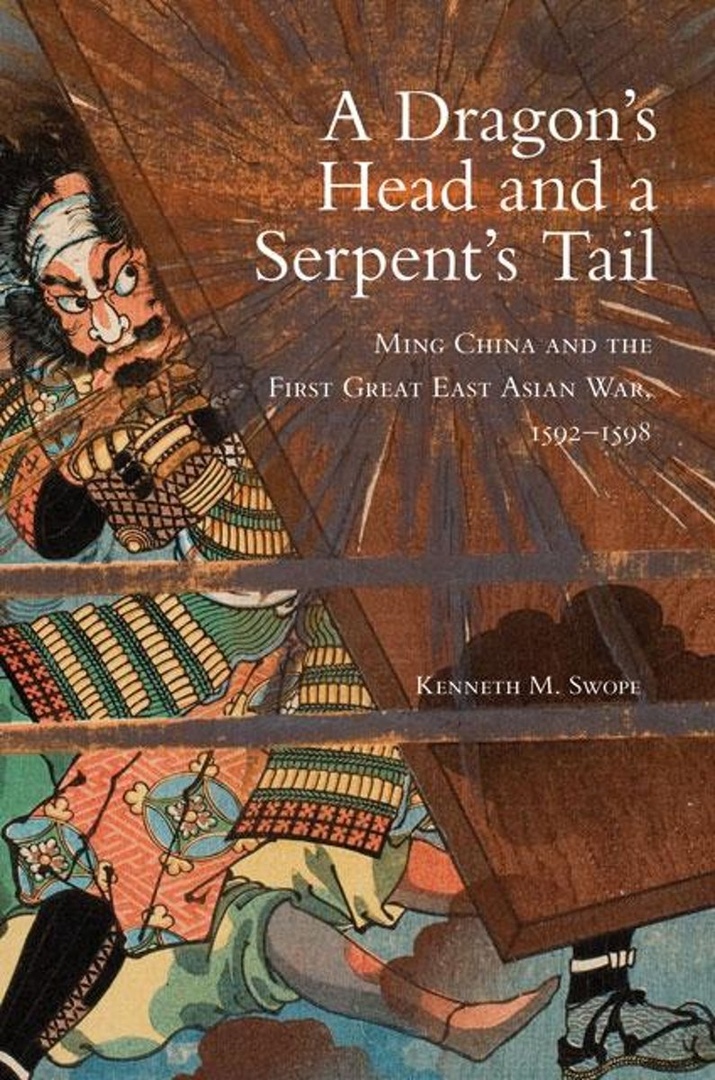 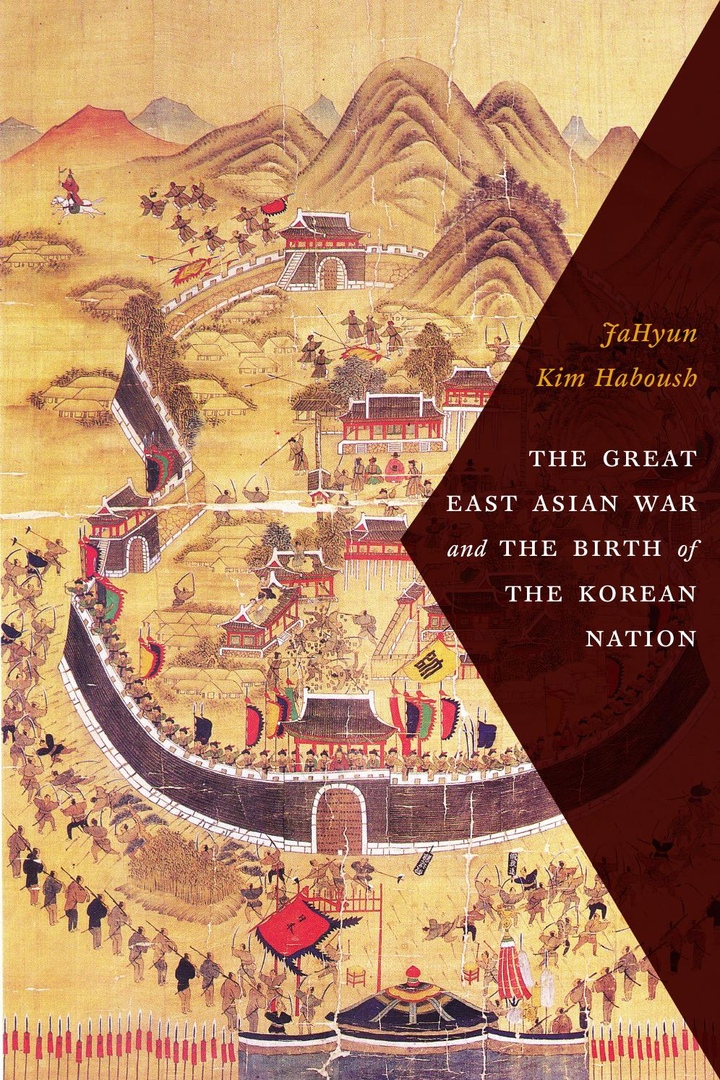 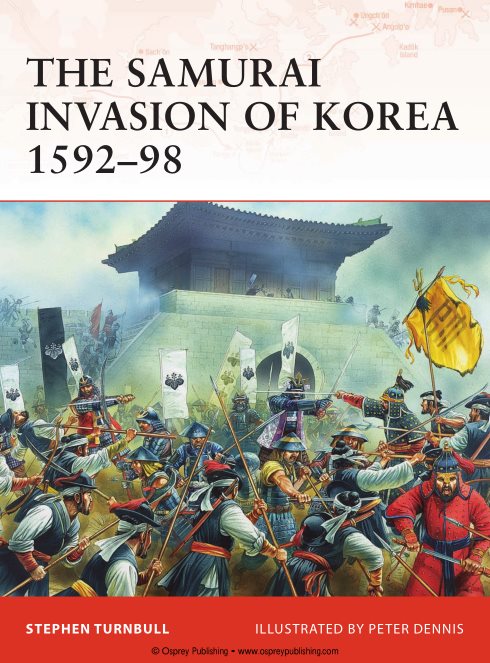 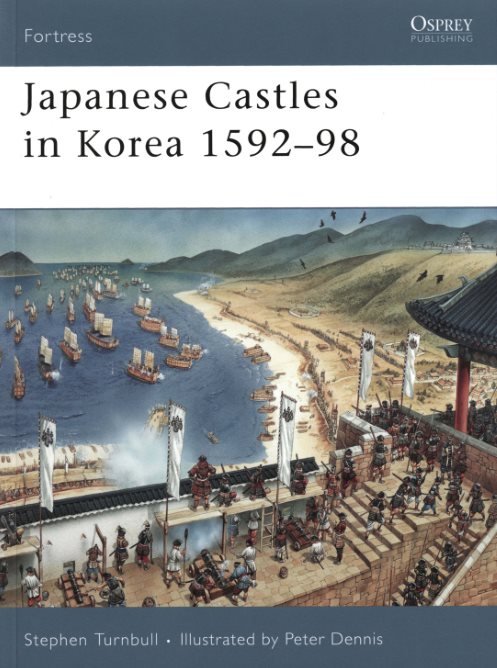 The Great East Asian War and the Birth of the Korean Nation.pdf
3.13 MB