Eurasian Crossroads is the first comprehensive history of Xinjiang, the vast central Eurasian region bordering India, Pakistan, Afghanistan, Tajikistan, Kyrgyzstan, Kazakhstan, Russia, and Mongolia. Forming one-sixth of the People’s Republic of China (PRC), Xinjiang stands at the crossroads between China, India, the Mediterranean, and Russia and has, since the Bronze Age, played a pivotal role in the social, cultural, and political development of Asia and the world.

Xinjiang was once the hub of the Silk Road and the conduit through which Buddhism, Christianity, and Islam entered China. It was also the point at which the Chinese, Turkic, Tibetan, and Mongolian empires communicated and struggled with one another. Xinjiang’s population comprises Kazakhs, Kirghiz, and Uighurs, all Turkic Muslim peoples, as well as Han Chinese, and competing Chinese and Turkic nationalist visions continue to threaten the region’s political and economic stability. Besides separatist concerns, Xinjiang’s energy resources, strategic position, and rapid development have gained it international attention in recent decades.

Drawing on primary sources in several Asian and European languages, James Millward presents a thorough study of Xinjiang’s history and people from antiquity to the present and takes a balanced look at the position of Turkic Muslims within the PRC today. While offering fresh material and perspectives for specialists, this engaging survey of Xinjiang’s rich environmental, cultural, and ethno-political heritage is also written for travelers, students, and anyone eager to learn about this vital connector between East and West. 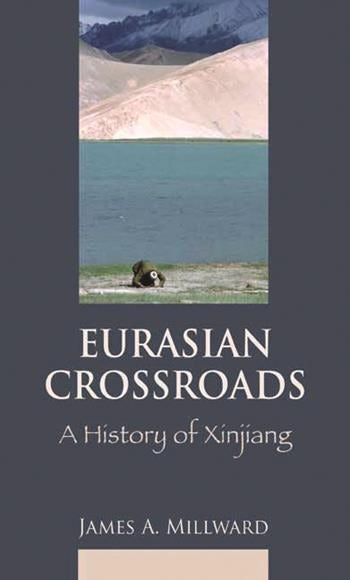 Eurasian Crossroads. A History of Xinjiang - James A. Millward (2007).pdf
17.01 MB
Please Share This
Related Posts
Many magazines
on the
→ MAGAZINELIB.COM
Book for today - 2019