Few regions have shaped the world’s history as deeply as South Asia. The birthplace of three of the world’s major religions-Hinduism, Buddhism, and Sikhism-the Indian subcontinent has made indelible contributions to the world, from foods such as curry and granulated sugar to the performance of meditation and yoga, from the architectural magnificence of the Taj Mahal to the binary system of numbers.

In this accessible book, Marc Jason Gilbert takes us on a journey through South Asia’s fascinating history, starting with the blossoming of the Harappan civilization in the fertile Indus valley more than four thousand years ago. Following the routes of the cotton, tea, and opium trade that connected the West and the East throughout history, Gilbert describes South Asia’s classical Hindu and Buddhist empires, the coming of Islam to South Asia, the local impact of the Mongol invasions, the splendors of the Mughal Empire, the expansion of British colonial dominion, and the development of South Asian modern nations-Nepal, Pakistan, Bhutan, Bangladesh, India, the Maldives, and Myanmar-in the twentieth century.

The book concludes with a timely reflection on the contradictory face of contemporary South Asia. Although the region has produced some of the world’s most iconic leaders of non-violent protest-Mahatma Gandhi, Arundhati Roy, Mother Teresa, and Aung San Suu Kyi-severe social divisions and injustice persist in most South Asian countries. Simultaneously, extraordinary economic growth is deeply transforming South Asian societies and may enable them to rival the United States and China as the world’s largest economies. Gilbert’s transnational perspective illuminates how world historical processes-from changes in the environment and the economy to the movement of peoples and ideas-have shaped and continue to shape the history of South Asia and its place in the wider world.

Jointly written by two leading Indian and Pakistani historians, Modern South Asia offers a rare depth of historical understanding of the politics, cultures and economies that shape the lives of more than a fifth of humanity. After sketching the pre-modern history of the sub-continent, the book concentrates on the last three centuries.

This new second edition has been updated throughout to take account of recent historical research. It includes an expanded section on post-independence with a completely new chapter on the period from 1991 to the present and a chapter on the last millennium in subcontinental history. There is a new chronology of key events.

This anthology provides a lively and stimulating view of the lives of ordinary citizens in India, Pakistan, Bangladesh, Nepal, and Sri Lanka. For the second edition of this popular textbook, readings have been updated and new essays added. The result is a timely collection that explores key themes in understanding the region, including gender, caste, class, religion, globalization, economic liberalization, nationalism, and emerging modernities. New readings focus attention on the experiences of the middle classes, migrant workers, and IT professionals, and on media, consumerism, and youth culture. Clear and engaged writing makes this text particularly valuable for general and student readers, while the range of new and classic scholarship provides a useful resource for specialists.

Between 1939 and 1945 India underwent extraordinary and irreversible change. Hundreds of thousands of Indians suddenly found themselves in uniform, fighting in the Middle East, North and East Africa, Europe and-something simply never imagined-against a Japanese army poised to invade eastern India. With the threat of the Axis powers looming, the entire country was pulled into the vortex of wartime mobilization. By the war’s end, the Indian Army had become the largest volunteer force in the conflict, consisting of 2.5 million men, while many millions more had offered their industrial, agricultural, and military labor. It was clear that India would never be same-the only question was: would the war effort push the country toward or away from independence?

In India’s War, historian Srinath Raghavan paints a compelling picture of battles abroad and of life on the home front, arguing that the war is crucial to explaining how and why colonial rule ended in South Asia. World War II forever altered the country’s social landscape, overturning many Indians’ settled assumptions and opening up new opportunities for the nation’s most disadvantaged people. When the dust of war settled, India had emerged as a major Asian power with her feet set firmly on the path toward Independence.

From Gandhi’s early urging in support of Britain’s war efforts, to the crucial Burma Campaign, where Indian forces broke the siege of Imphal and stemmed the western advance of Imperial Japan, Raghavan brings this underexplored theater of WWII to vivid life. The first major account of India during World War II, India’s War chronicles how the war forever transformed India, its economy, its politics, and its people, laying the groundwork for the emergence of modern South Asia and the rise of India as a major power.

South Asia has been the setting for some of the century’s most violent invasions, the Western world’s bloodiest defeats, and a volatile geopolitical brew of religions, ethnicities, and nationalism that sends unsettling ripples through the global balance of power even today. Rob Johnson writes here the engrossing history of the individual conflicts that have engulfed the states of South Asia during the last half century.

A Region in Turmoil offers a new perspective on the area, drawing together the conflicts of South Asia and examining them in local and global contexts, from the end of the Western colonial empires through today’s global efforts to combat terrorism. Johnson’s incisive analysis breaks down the historical and political roots of the conflicts and departs from traditional Western-centric paradigms to reveal heretofore overlooked South Asian viewpoints on the conflicts and connections among the wars. He probes the causes, contexts, and conclusions of the conflicts, ranging from the enduring insurgency in Myanmar to the struggle of the Tamil Tigers in Sri Lanka, the unrest in the Punjab and Assam states, the Bangladeshi war of independence, and the intractable struggles in Kashmir and Afghanistan.

The twenty-first century opened with South Asia front and center on a turbulent political stage: the region is not only the designated frontline for the “war on terror” but also home to the newest nuclear powers, India and Pakistan. A Region in Turmoil addresses this critical contemporary crisis with an invaluable analysis of the region and its complex history, making it essential reading for historians, policymakers, and anyone who reads the front page of the daily newspaper. 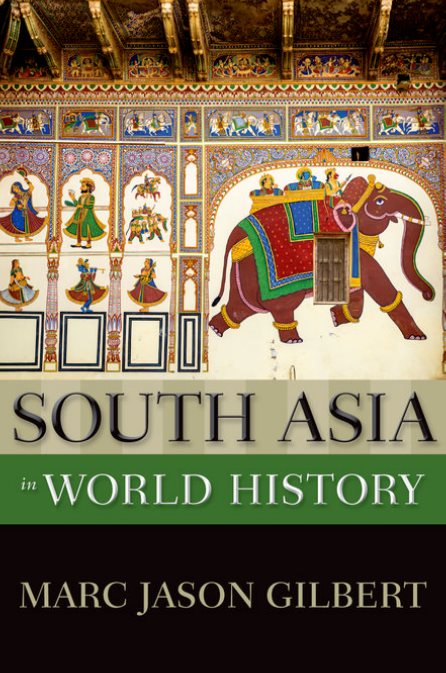 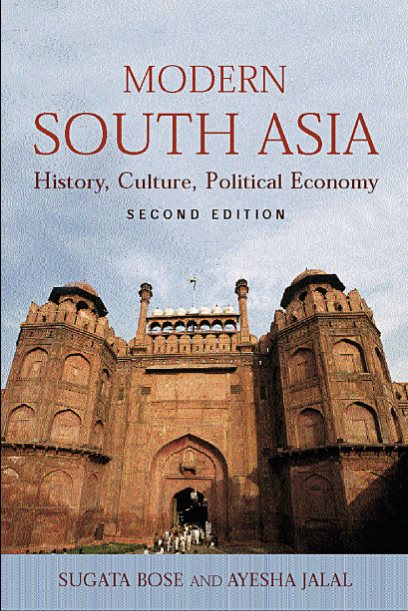 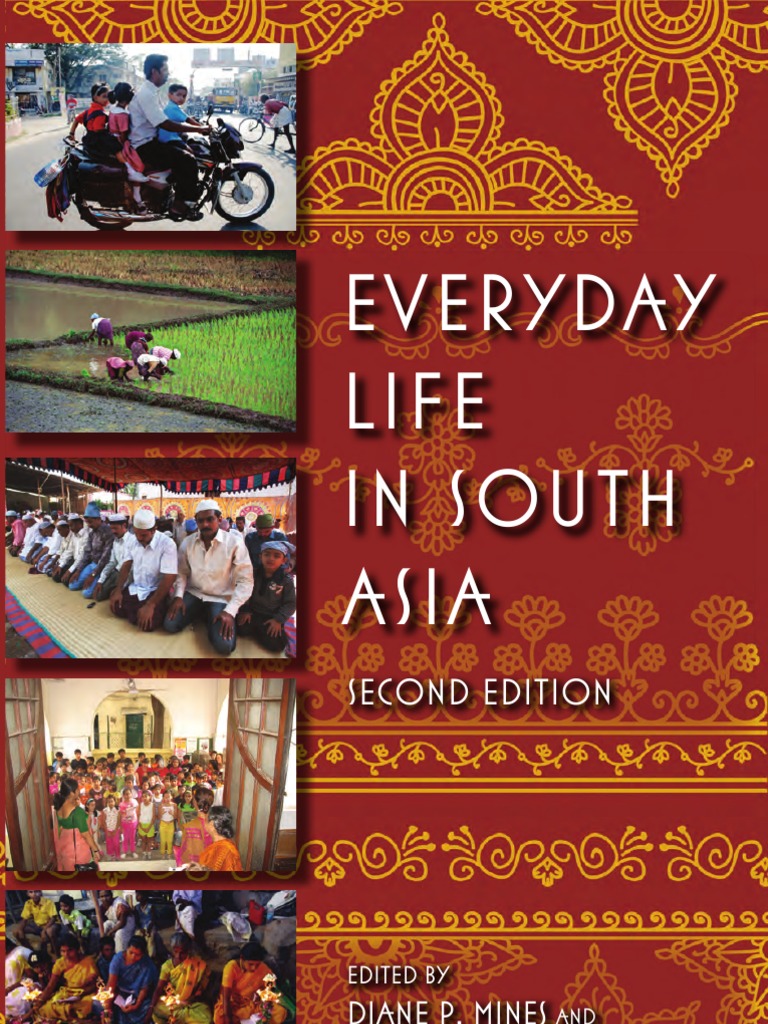 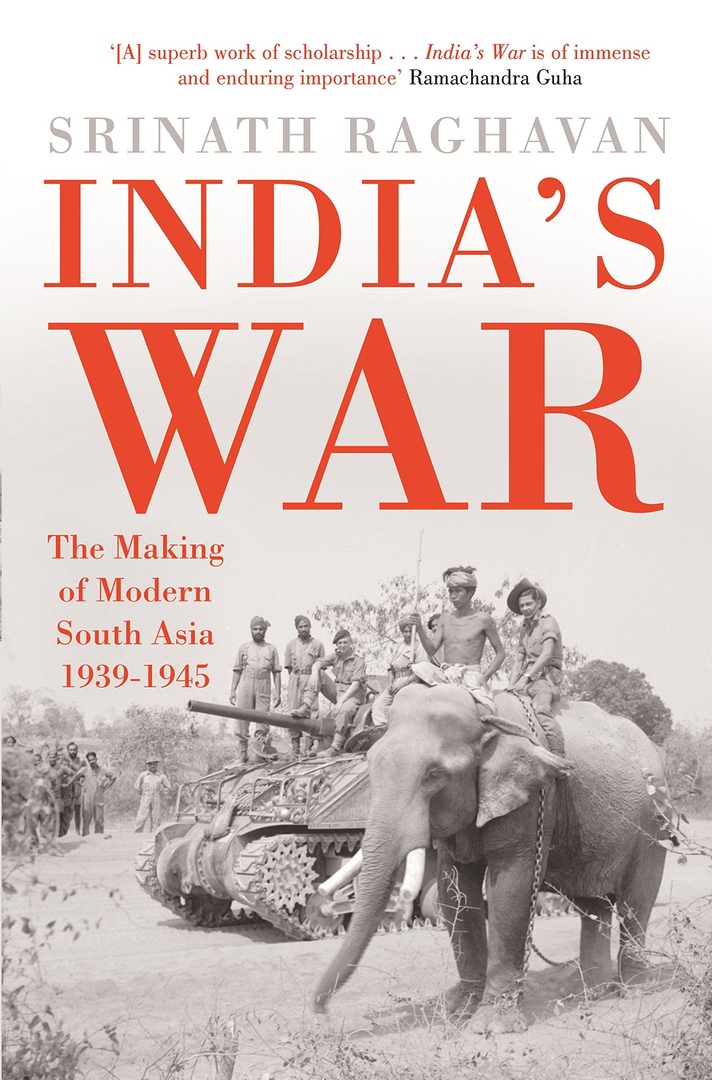 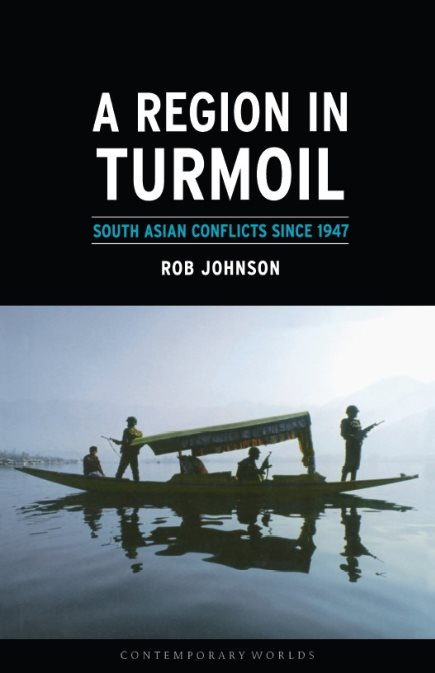 A Region in Turmoil. South Asian Conflicts since 1947 - Rob Johnson.pdf
16.05 MB
Please Share This
Related Posts
Many magazines
on the
→ MAGAZINELIB.COM
Book for today - 2019-2022