1) Culture of War in China: Empire and the Military under the Qing Dynasty –
Joanna Waley-Cohen
I.B.Tauris | 2014 | PDF

Was the primary focus of the Qing dynasty really civil rather than military matters? In this ground-breaking book, Joanna Waley-Cohen overturns conventional wisdom to put warfare at the heart of seventeenth and eighteenth century China. She argues that the civil and the military were understood as mutually complementary forces. Emperors underpinned military expansion with a wide-ranging cultural campaign intended to bring military success, and the martial values associated with it, into the mainstream of cultural life. The Culture of War in China is a striking revisionist history that brings new insight into the roots of Chinese nationalism and the modern militarized state.

China’s 1911–12 Revolution, which overthrew a 2000-year succession of dynasties, is thought of primarily as a change in governmental style, from imperial to republican, traditional to modern. But given that the dynasty that was overthrown―the Qing―was that of a minority ethnic group that had ruled China’s Han majority for nearly three centuries, and that the revolutionaries were overwhelmingly Han, to what extent was the revolution not only anti-monarchical, but also anti-Manchu?

Edward Rhoads explores this provocative and complicated question in Manchus and Han, analyzing the evolution of the Manchus from a hereditary military caste (the “banner people”) to a distinct ethnic group and then detailing the interplay and dialogue between the Manchu court and Han reformers that culminated in the dramatic changes of the early 20th century.

Until now, many scholars have assumed that the Manchus had been assimilated into Han culture long before the 1911 Revolution and were no longer separate and distinguishable. But Rhoads demonstrates that in many ways Manchus remained an alien, privileged, and distinct group. Manchus and Han is a pathbreaking study that will forever change the way historians of China view the events leading to the fall of the Qing dynasty. Likewise, it will clarify for ethnologists the unique origin of the Manchus as an occupational caste and their shifting relationship with the Han, from border people to rulers to ruled.

Winner of the Joseph Levenson Book Prize for Modern China, sponsored by The China and Inner Asia Council of the Association for Asian Studies

During the Qing dynasty (1644–1911), the province emerged as an important element in the management of the expanding Chinese empire, with governors — those in charge of these increasingly influential administrative units — playing key roles. R. Kent Guy’s comprehensive study of this shift concentrates on the governorship system during the reigns of the Shunzhi, Kangxi, Yongzheng, and Qianlong emperors, who ruled China from 1644 to 1796.

In the preceding Ming dynasty (1368–1644), the responsibilities of provincial officials were ill-defined and often shifting; Qing governors, in contrast, were influential members of a formal administrative hierarchy and enjoyed the support of the central government, including access to resources. These increasingly powerful officials extended the court’s influence into even the most distant territories of the Qing empire.

Both masters of the routine processes of administration and troubleshooters for the central government, Qing governors were economic and political administrators who played crucial roles in the management of a larger and more complex empire than the Chinese had ever known. Administrative concerns varied from region to region: Henan was dominated by the great Yellow River, which flowed through the province; the Shandong governor dealt with the exchange of goods, ideas, and officials along the Grand Canal; in Zhili, relations between civilians and bannermen in the strategically significant coastal plain were key; and in northwestern Shanxi, governors dealt with border issues.

In the eighteenth and nineteenth centuries, booming demand for natural resources transformed China and its frontiers. Historians of China have described this process in stark terms: pristine borderlands became breadbaskets. Yet Manchu and Mongolian archives reveal a different story. Well before homesteaders arrived, wild objects from the far north became part of elite fashion, and unprecedented consumption had exhausted the region’s most precious resources.

In A World Trimmed with Fur, Jonathan Schlesinger uses these diverse archives to reveal how Qing rule witnessed not the destruction of unspoiled environments, but their invention. Qing frontiers were never pristine in the nineteenth century—pearlers had stripped riverbeds of mussels, mushroom pickers had uprooted the steppe, and fur-bearing animals had disappeared from the forest. In response, the court turned to “purification;” it registered and arrested poachers, reformed territorial rule, and redefined the boundary between the pristine and the corrupted. Schlesinger’s resulting analysis provides a framework for rethinking the global invention of nature.

5) The Diary of a Manchu Soldier in Seventeenth-Century China: My Service in the Army, by Dzengseo – Nicola Di Cosmo
Routledge | 2006 | PDF

Providing original insights into Chinese military history, Nicola Di Cosmo gives an annotated translation of the only known military diary in pre-modern Chinese history, providing fresh and extensive information on the inner workings of the Ch’ing army. The personal experience of the author, a young Manchu officer fighting in inhospitable South-Western China, take us close to the ‘face of the battle’ in seventeenth-century China, and enriches our general knowledge of military history. 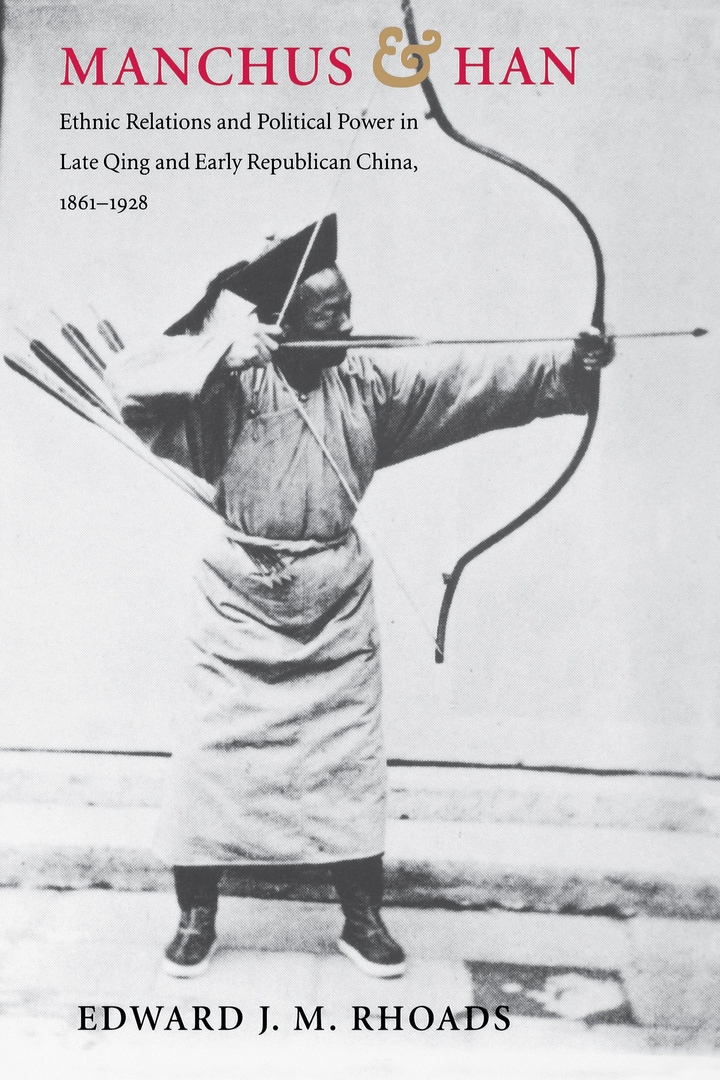 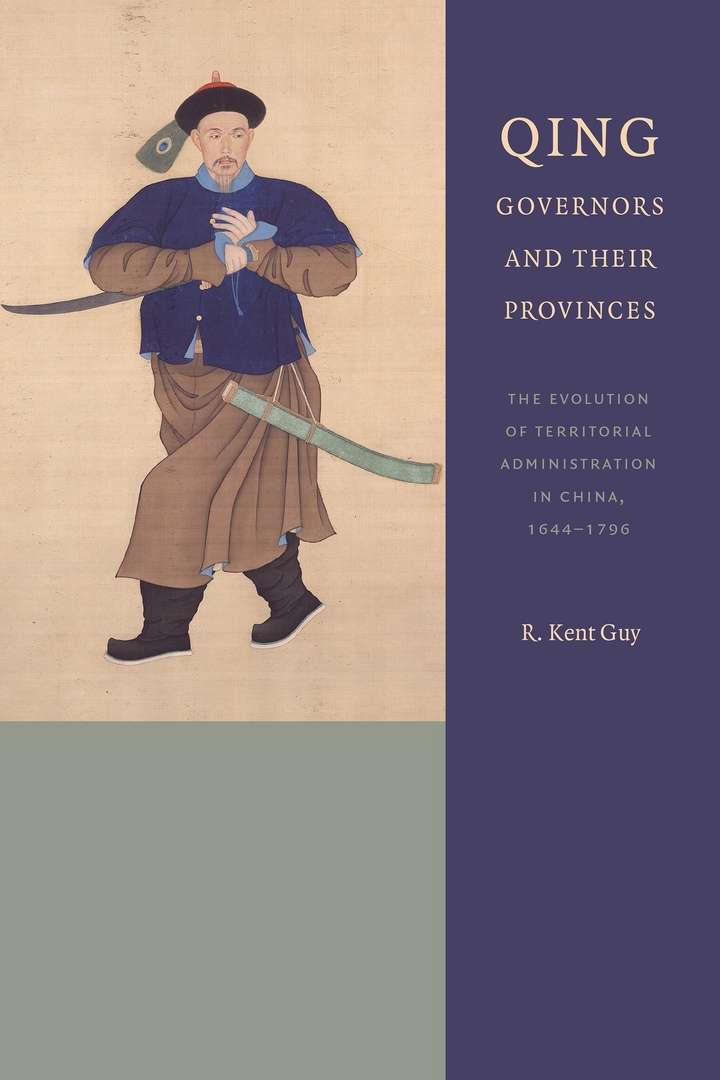 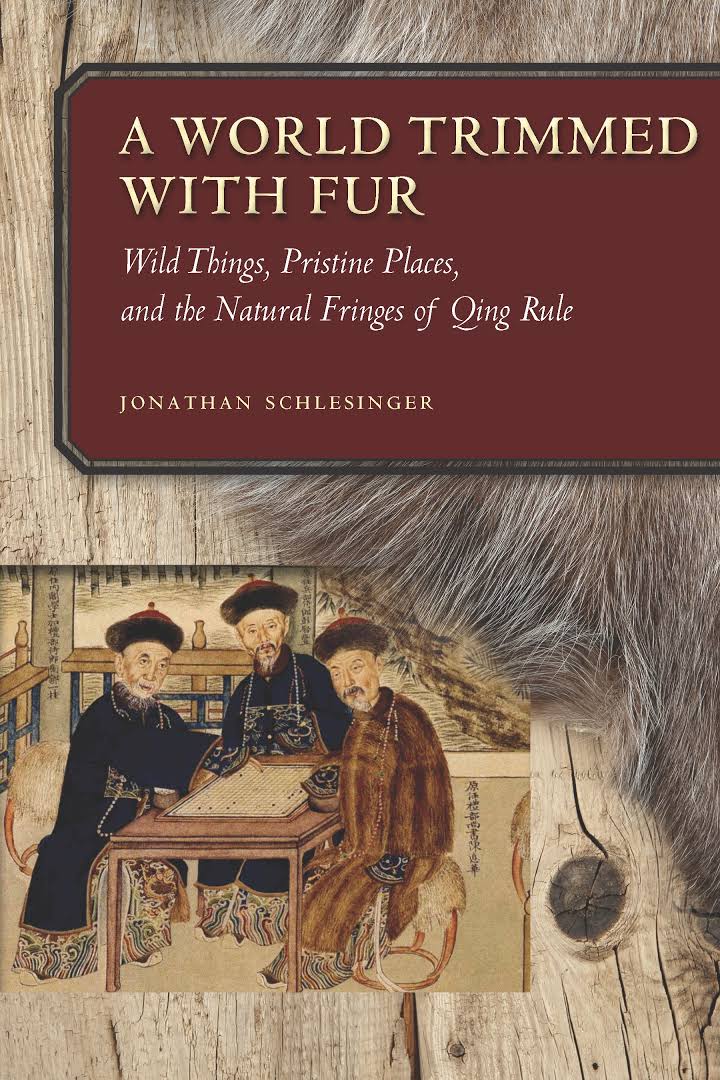 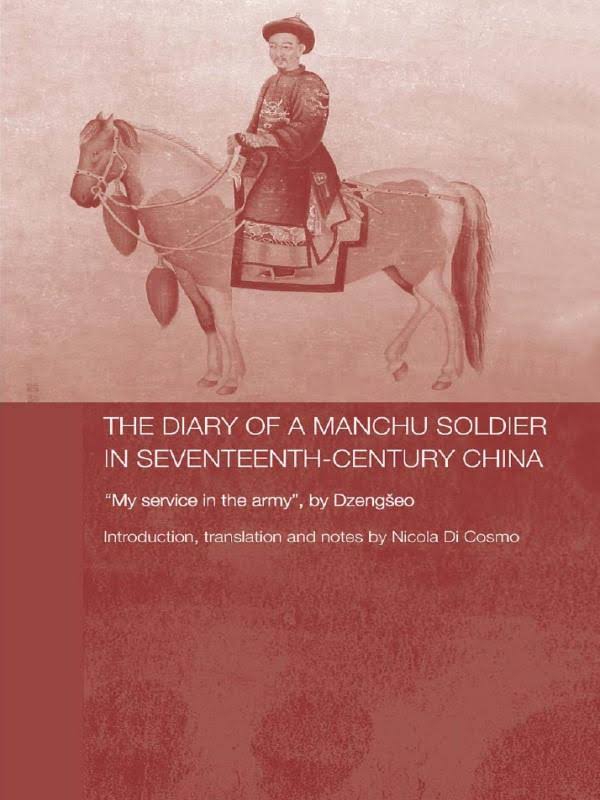 Culture of War in China. Empire and the Military under the Qing Dynasty.pdf
2.74 MB

Qing Governors and Their Provinces. The Evolution of Territorial Administration in China, 1644-1796, New Edition.pdf
2.55 MB

The Diary of a Manchu Soldier in Seventeenth-Century China. My Service in the Army, by Dzengseo.pdf
3.41 MB
Please Share This
Related Posts
Book for today - 2019