As analysis of the revenue available to Qing garrisons in Xinjiang reveals, imperial control over the region in the eighteenth and nineteenth centuries depended upon sizeable yearly subsidies from China. In an effort to satisfy criticism of their expansion into Xinjiang and make the territory pay for itself, the Qing court permitted local authorities great latitude in fiscal matters and encouraged the presence of Han and Chinese Muslim merchants. At the same time, the court recognized the potential for unrest posed by Chinese mercantile penetration of this Muslim, Turkic-speaking area. They consequently attempted, through administrative and legal means, to defend the native Uyghur population against economic depredation. This ethnic policy reflected a conception of the realm that was not Sinocentric, but rather placed the Uyghur on a par with Han Chinese.

Both this ethnic policy and Xinjiang’s place in the realm shifted following a series of invasions from western Turkestan starting in the 1820’s. Because of the economic importance of Chinese merchants and the efficacy of merchant militia in Xinjiang, the Qing court revised its policies in their favor, for the first time allowing permanent Han settlement in the area. At the same time, the court began to advocate provincehood and the Sinicization of Xinjiang as a resolution to the perennial security problem. These shifts, the author argues, marked the beginning of a reconception of China to include Inner Asian lands and peoples—a notion that would, by the twentieth century, become a deeply held tenet of Chinese nationalism.

The Chinese-speaking Muslims have for centuries been an inseperable but anomalous part of Chinese society–Sinophone yet incomprehensible, local yet outsiders, normal but different. Long regarded by the Chinese government as prone to violence, they have challenged fundamental Chinese conceptiosn of Self and Other and denied the totally transforming power of Chinese civilization by tenaciously maintaining connectios with Central and West Asia as well as some cultural differences from their non-Muslim neighbors.

Familiar Strangers narrates a history of the Muslims of northwest China, at the intersection of the frontiers of the Mongolian-Manchu, Tibetan, Turkic, and Chinese cultural regions. Based on primary and secondary sources in a variety of languages, Familiar Strangers examines the nature of ethnicity and periphery, the role of religion and ethnicity in personal and collective decisions in violent times, and the complexity of belonging to two cultures at once. Concerning itself with a frontier very distant from the core areas of Chinese culture and very strange to most Chinese, it explores the influence of language, religion, and place on Sino-Muslim identity.

3) Pivot of Asia: Sinkiang and the Inner Asian Frontiers of China and Russia – Owen Lattimore
Little, Brown and Company | 1950 | PDF

SINKIANG is a Chinese province in which the overwhehning majority of the population consists of non-Chinese peoples. It stands at the back door of the old Empire of India, in which the new political, economic, and social forces of the Dominions of India and Pakistan are now at work. It stands at one of the front doors of the Soviet Union — the front door most inaccessible to those forms of power, prestige, and influence which are at the disposal of the foreign policy of the United States. It stands, finally, at an angle of the hinterland frontier which for centuries has been regarded as the back door of China, but which two thousand years ago was China’s front door to the heart of Asia and is now becoming once again the most important front door on the landward side of China.

When Russia was expanding into Central Asia in the nineteenth century, American interest was lively. There was a strong traditional American bias against Britain, and in the rivalry between the British and Russian Empires the sympathy of Americans was rather markedly in favor of the Russians, who were regarded as benevolent and competent empire builders. Eugene Schuyler, a member of the American Diplomatic Service, wrote a classic account of the new Russian conquests which, under the simple but fascinating title of Turkestan, was widely read and influential in its day.

American interest in Inner Asia died down after the Russo-Japanese War of 1904-1905. America and Britain, though not committed by any formal alliance, had by then become tacitly associated in support of Japan and in opposition to the Russian desire for a warm-water port on the Pacific. Even the Russian Revolution and the part played by America in intervention in Siberia did not lead to a sustained American interest in that part of the wide frontier zone between China and Russia which is inhabited by many peoples, but few Chinese or Russians.

In July 2009, violence erupted among Uyghurs, Chinese state police, and Han residents of Ürümqi, the capital city of Xinjiang, in northwest China, making international headlines, and introducing many to tensions in the area. But conflict in the region has deep roots.

Holy War in China remains the first comprehensive and balanced history of a late nineteenth-century Muslim rebellion in Xinjiang, which led to the establishment of an independent Islamic state under Ya’qub Beg. That independence was lost in 1877, when the Qing army recaptured the region and incorporated it into the Chinese state, known today as the Xinjiang Uyghur Autonomous Region. Hodong Kim offers readers the first English-language history of the rebellion since 1878 to be based on primary sources in Islamic languages as well as Chinese, complemented by British and Ottoman archival documents and secondary sources in Russian, English, Japanese, Chinese, French, German, and Turkish. His pioneering account of past events offers much insight into current relations.

In 1944 Moslem forces in China’s westernmost province of Xinjiang rose against the Chinese authorities and succeeded in establishing a small independent Islamic state — the East Turkestan Republic. Based on newly available archival material, this book describes the Moslem challenge to Chinese rule and documents the Nationalist government’s response to newly awakened Turkic-Moslem nationalism on China’s most remote and politically sensitive north-western frontier. With this book, Linda Benson aims to break new ground in the study of Sino-Soviet relations and especially of the policies of Chinese governments toward their national minorities. 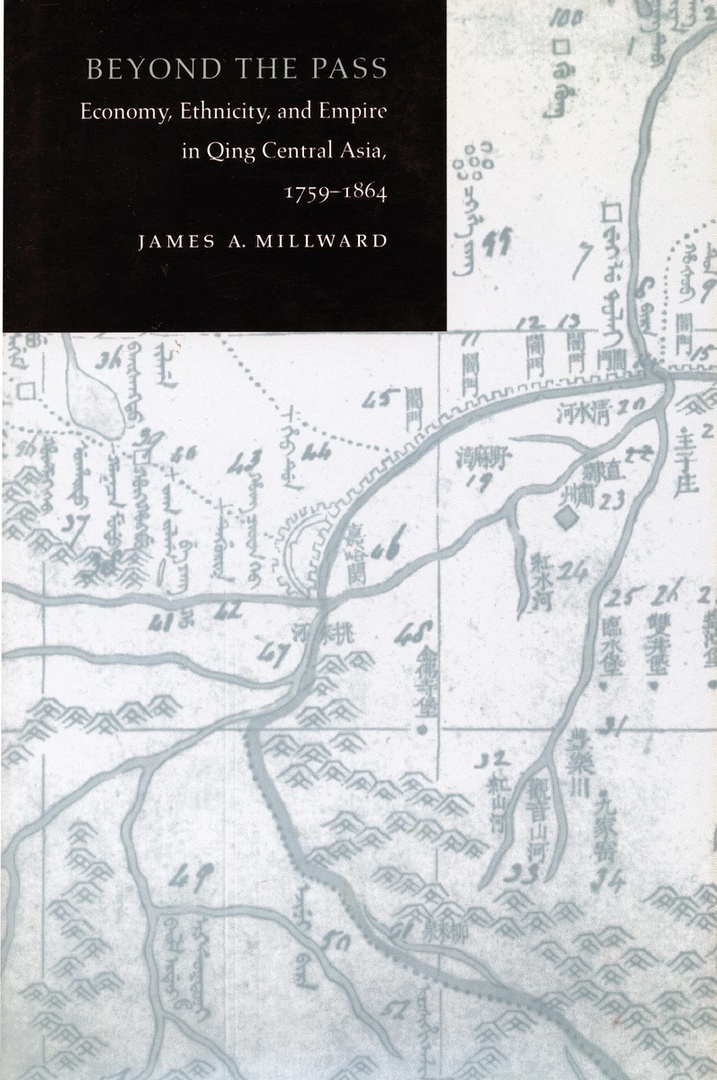 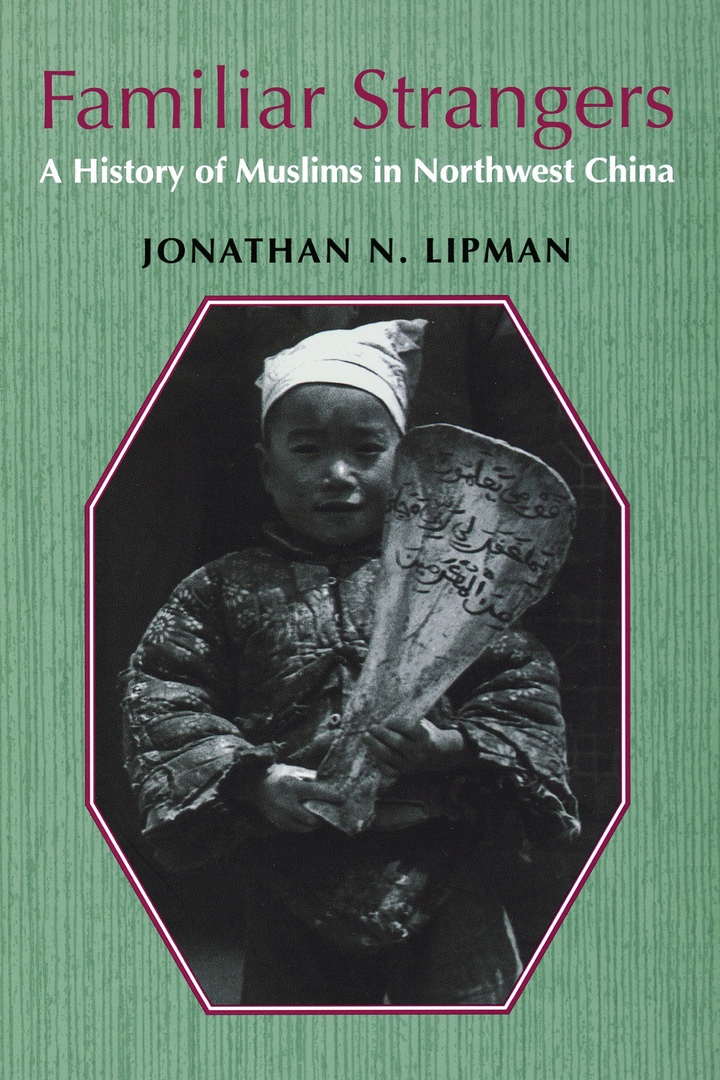 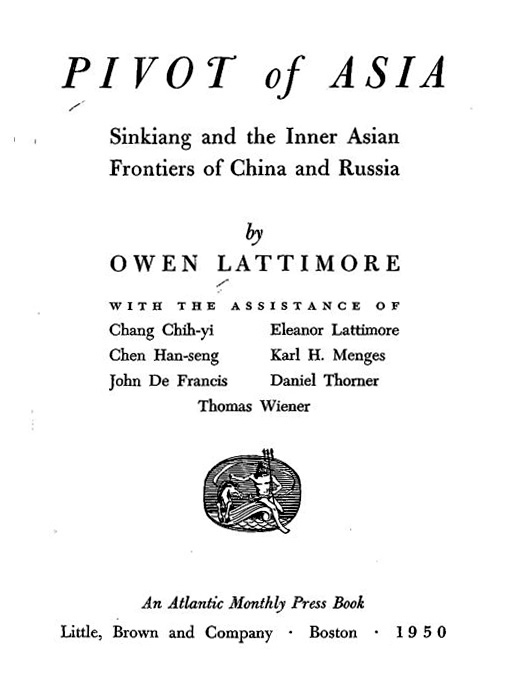 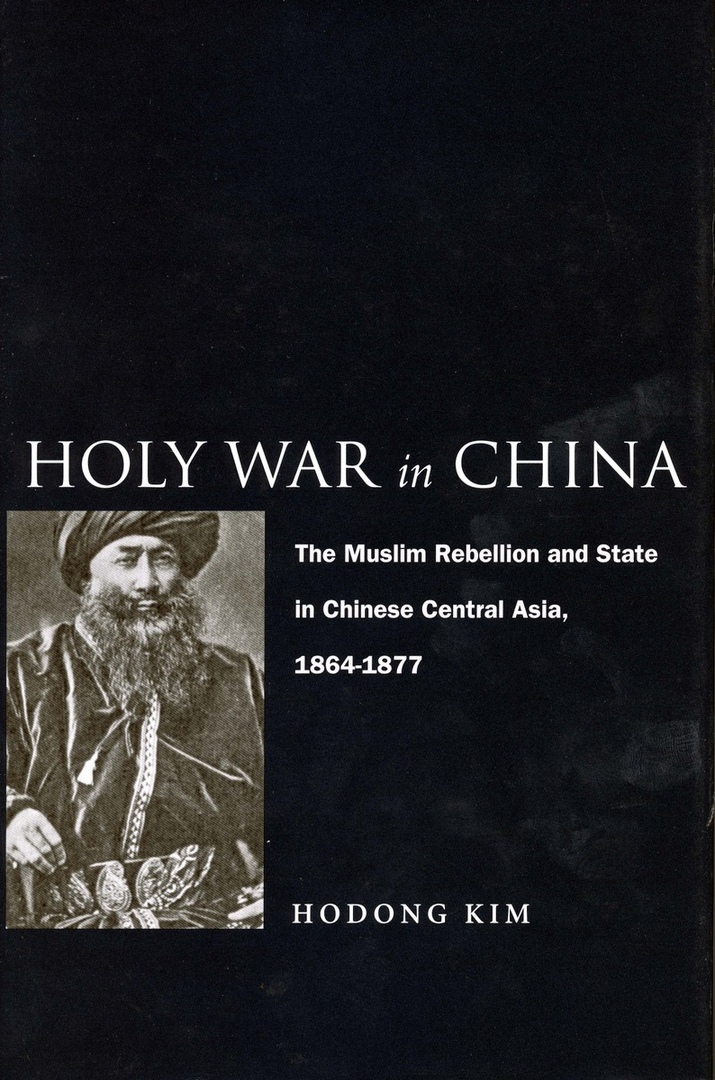 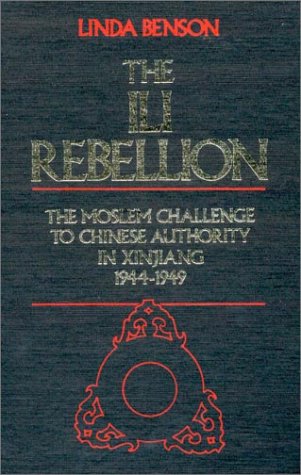 The Ili Rebellion. The Moslem Challenge to Chinese Authority in Xinjiang, 1944-1949.pdf
16.52 MB
Please Share This
Related Posts
Many magazines
on the
→ MAGAZINELIB.COM
Book for today - 2019