1) The Making of the Middle Sea: A History of the Mediterranean from the Beginning to the Emergence of the Classical World – Cyprian Broodbank
Oxford University Press | 2013 | EPUB

The Mediterranean has been for millennia one of the global cockpits of human endeavor. World-class interpretations exist of its Classical and subsequent history, but there has been remarkably little holistic exploration of how its societies, culture and economies first came into being, despite the fact that almost all the fundamental developments originated well before 500 BC. This book is the first full, interpretive synthesis for a generation on the rise of the Mediterranean world from its beginning, before the emergence of our own species, up to the threshold of Classical times, by which time the “Middle Sea” was already in effect made.

Thanks to unrivalled depth and breadth of exploration, Mediterranean archaeology is one of the world’s richest sources for the reconstruction of ancient societies. This book is the first to draw in equal measure on ideas and information from the European, western Asian and African flanks, as well as the islands at the Mediterranean’s heart, to achieve a truly innovative focus on the varied trajectories and interactions that created this maritime world.

The Mediterranean combines unusual conditions in a strictly unique fashion that goes a long way towards explaining its precocious development: it is the world’s largest inland sea, easily the largest of the five challenging, opportunity-rich “mediterraneoid” environments on the planet, and adjacent to the riverine cores of two of the earliest civilizations, in Mesopotamia and Egypt. No wonder its societies proved exceptional.

Extensively illustrated and ranging across disciplines, subject matter and chronology from early humans and the origins of farming and metallurgy to the rise of civilizations — Egyptian, Levantine, Hispanic, Minoan, Mycenaean, Phoenician, Etruscan, early Greek — the book is a masterpiece of archaeological and historical writing.

A Companion to Mediterranean History presents a wide-ranging overview of this vibrant field of historical research, drawing together scholars from a range of disciplines to discuss the development of the region from Neolithic times to the present.

• Provides a valuable introduction to current debates on Mediterranean history and helps define the field for a new generation
• Covers developments in the Mediterranean world from Neolithic times to the modern era
• Enables fruitful dialogue among a wide range of disciplines, including history, archaeology, art, literature, and anthropology

One of France’s foremost post-war historians and an authority on the Mediterranean world of the 16th century, Fernand Braudel was surprised, but immediately tempted, when he was asked to write on the region’s ancient history. But, believing that “history cannot really be understood unless it is extended to cover the entire human past”, he seized the opportunity to take “a fabulous journey” back through time. The result is a work which takes the reader all over the Mediterranean from prehistory to the Roman conquest. Braudel’s approach is informed at every step by the idea of continuity – of the past and the present forming an indivisible whole. Equally crucial is an understanding of the way in which the physical landscape has shaped cultural and political achievement across the millennia. As with physical geography, so too with nomadism, agriculture, trade, politics and religion. Thus a development in some epoch of prehistory reminds the author of an identical moment in the history of Genoa in the 16th century, or Venice in the 17th. In exploring the fluctuating development of these ancient civilizations, whether in Mesopotamia or Tuscany, Braudel is constantly aware of new departures, a revolutionary moment which carries through time: the invention of the Phoenecian alphabet which made trade more practical or the emergence of the Roman republic. At the same time he offers a fresh perspective on the achievements of those giants of the ancient world, Greece and Rome, seeing their stunning accomplishments in arts and technology not as unique flowerings, but the results of a process which preceded them. Illuminating, authoritative and also very readable, “The Mediterranean in the Ancient World” reveals Braudel’s ability to convey the vivid detail of history as well as the grand panorama. His insights, his curiosity and his acute courage, enterprise and daring of the long forgotten humanity on which our own civilization rests. As we read these pages and “see the megaliths, the pyramids, the Greek temples and basilicas outlined against the clear blue sky” we are “shown the image of a past which is ever present”.

• Covers topics of ethnicity in civilizations ranging from ancient Egypt and Israel, to Greece and Rome, and into Late Antiquity
• Features cutting-edge research on ethnicity relating to Philistine, Etruscan, and Phoenician identities
• Reveals the explicit relationships between ancient and modern ethnicities
Introduces an interpretation of ethnicity as an active component of social identity
• Represents a fundamental questioning of formally accepted and fixed categories in the field

This thoroughly revised and expanded edition of The Mediterranean World in Late Antiquity, now covering the period 395-700 AD, provides both a detailed introduction to late antiquity and a direct challenge to conventional views of the end of the Roman empire. Leading scholar Averil Cameron focuses on the changes and continuities in Mediterranean society as a whole before the Arab conquests. Two new chapters survey the situation in the east after the death of Justinian and cover the Byzantine wars with Persia, religious developments in the eastern Mediterranean during the life of Muhammad, the reign of Heraclius, the Arab conquests and the establishment of the Umayyad caliphate.

Using the latest in-depth archaeological evidence, this all-round historical and thematic study of the west and the eastern empire has become the standard work on the period. The new edition takes account of recent research on topics such as the barbarian ‘invasions’, periodization, and questions of decline or continuity, as well as the current interest in church councils, orthodoxy and heresy and the separation of the miaphysite church in the sixth-century east. It contains a new introductory survey of recent scholarship on the fourth century AD, and has a full bibliography and extensive notes with suggestions for further reading.

The Mediterranean World in Late Antiquity 395-700 AD continues to be the benchmark for publications on the history of Late Antiquity and is indispensible to anyone studying the period. 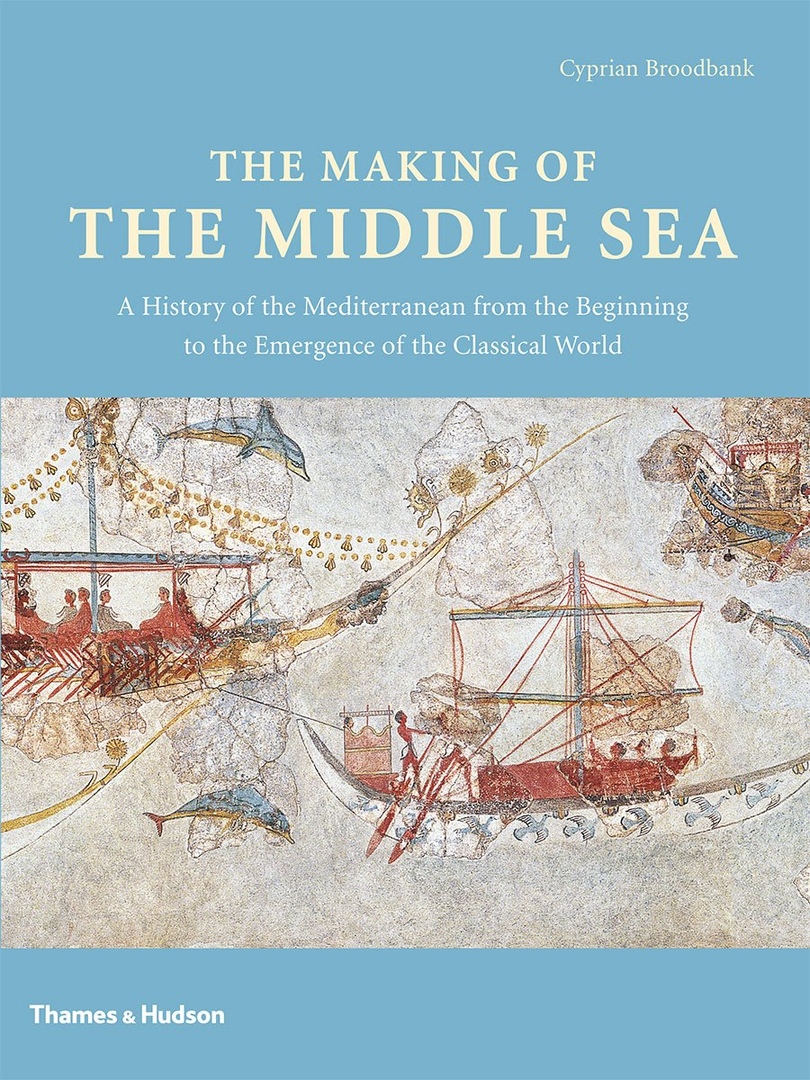 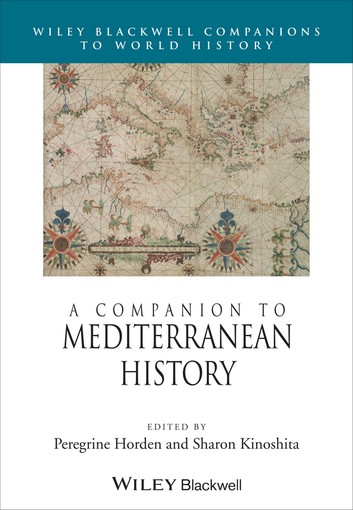 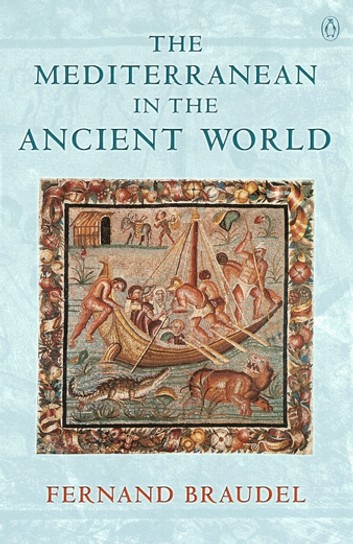 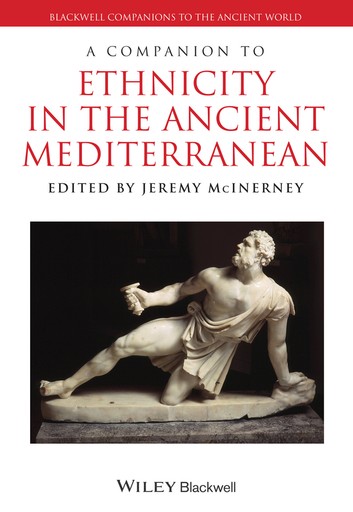 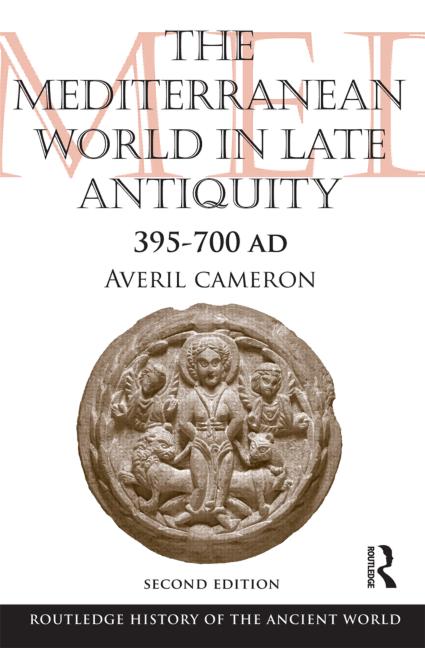 The Mediterranean World in Late Antiquity, 395-700 AD.pdf
2.64 MB
Please Share This
Related Posts
Many magazines
on the
→ MAGAZINELIB.COM
Book for today - 2019