This provocative new history of Palestinian Jewish society in antiquity marks the first comprehensive effort to gauge the effects of imperial domination on this people. Probing more than eight centuries of Persian, Greek, and Roman rule, Seth Schwartz reaches some startling conclusions–foremost among them that the Christianization of the Roman Empire generated the most fundamental features of medieval and modern Jewish life.

Schwartz begins by arguing that the distinctiveness of Judaism in the Persian, Hellenistic, and early Roman periods was the product of generally prevailing imperial tolerance. From around 70 C.E. to the mid-fourth century, with failed revolts and the alluring cultural norms of the High Roman Empire, Judaism all but disintegrated. However, late in the Roman Empire, the Christianized state played a decisive role in ”re-Judaizing” the Jews. The state gradually excluded them from society while supporting their leaders and recognizing their local communities. It was thus in Late Antiquity that the synagogue-centered community became prevalent among the Jews, that there re-emerged a distinctively Jewish art and literature–laying the foundations for Judaism as we know it today.

Through masterful scholarship set in rich detail, this book challenges traditional views rooted in romantic notions about Jewish fortitude. Integrating material relics and literature while setting the Jews in their eastern Mediterranean context, it addresses the complex and varied consequences of imperialism on this vast period of Jewish history more ambitiously than ever before. Imperialism in Jewish Society will be widely read and much debated.

This book challenges the standard conception of the Middle Ages as a time of persecution for Jews. Jonathan Elukin traces the experience of Jews in Europe from late antiquity through the Renaissance and Reformation, revealing how the pluralism of medieval society allowed Jews to feel part of their local communities despite recurrent expressions of hatred against them.

Elukin shows that Jews and Christians coexisted more or less peacefully for much of the Middle Ages, and that the violence directed at Jews was largely isolated and did not undermine their participation in the daily rhythms of European society. The extraordinary picture that emerges is one of Jews living comfortably among their Christian neighbors, working with Christians, and occasionally cultivating lasting friendships even as Christian culture often demonized Jews.

As Elukin makes clear, the expulsions of Jews from England, France, Spain, and elsewhere were not the inevitable culmination of persecution, but arose from the religious and political expediencies of particular rulers. He demonstrates that the history of successful Jewish-Christian interaction in the Middle Ages in fact laid the social foundations that gave rise to the Jewish communities of modern Europe.

Elukin compels us to rethink our assumptions about this fascinating period in history, offering us a new lens through which to appreciate the rich complexities of the Jewish experience in medieval Christendom.

This book presents a synthetic history of the family–the most basic building block of medieval Jewish communities–in Germany and northern France during the High Middle Ages. Concentrating on the special roles of mothers and children, it also advances recent efforts to write a comparative Jewish-Christian social history.

Elisheva Baumgarten draws on a rich trove of primary sources to give a full portrait of medieval Jewish family life during the period of childhood from birth to the beginning of formal education at age seven. Illustrating the importance of understanding Jewish practice in the context of Christian society and recognizing the shared foundations in both societies, Baumgarten’s examination of Jewish and Christian practices and attitudes is explicitly comparative. Her analysis is also wideranging, covering nearly every aspect of home life and childrearing, including pregnancy, midwifery, birth and initiation rituals, nursing, sterility, infanticide, remarriage, attitudes toward mothers and fathers, gender hierarchies, divorce, widowhood, early education, and the place of children in the home, synagogue, and community.

A richly detailed and deeply researched contribution to our understanding of the relationship between Jews and their non-Jewish neighbors, Mothers and Children provides a key analysis of the history of Jewish families in medieval Ashkenaz.

While the great medieval philosopher, theologian, and physician Maimonides is acknowledged as a leading Jewish thinker, his intellectual contacts with his surrounding world are often described as related primarily to Islamic philosophy. Maimonides in His World challenges this view by revealing him to have wholeheartedly lived, breathed, and espoused the rich Mediterranean culture of his time. Sarah Stroumsa argues that Maimonides is most accurately viewed as a Mediterranean thinker who consistently interpreted his own Jewish tradition in contemporary multicultural terms. Maimonides spent his entire life in the Mediterranean region, and the religious and philosophical traditions that fed his thought were those of the wider world in which he lived. Stroumsa demonstrates that he was deeply influenced not only by Islamic philosophy but by Islamic culture as a whole, evidence of which she finds in his philosophy as well as his correspondence and legal and scientific writings. She begins with a concise biography of Maimonides, then carefully examines key aspects of his thought, including his approach to religion and the complex world of theology and religious ideas he encountered among Jews, Christians, Muslims, and even heretics; his views about science; the immense and unacknowledged impact of the Almohads on his thought; and his vision of human perfection. This insightful cultural biography restores Maimonides to his rightful place among medieval philosophers and affirms his central relevance to the study of medieval Islam.

As the Israeli-Palestinian conflict persists, aspiring peacemakers continue to search for the precise territorial dividing line that will satisfy both Israeli and Palestinian nationalist demands. The prevailing view assumes that this struggle is nothing more than a dispute over real estate. Defining Neighbors boldly challenges this view, shedding new light on how Zionists and Arabs understood each other in the earliest years of Zionist settlement in Palestine and suggesting that the current singular focus on boundaries misses key elements of the conflict.

Drawing on archival documents as well as newspapers and other print media from the final decades of Ottoman rule, Jonathan Gribetz argues that Zionists and Arabs in pre–World War I Palestine and the broader Middle East did not think of one another or interpret each other’s actions primarily in terms of territory or nationalism. Rather, they tended to view their neighbors in religious terms—as Jews, Christians, or Muslims—or as members of “scientifically” defined races—Jewish, Arab, Semitic, or otherwise. Gribetz shows how these communities perceived one another, not as strangers vying for possession of a land that each regarded as exclusively their own, but rather as deeply familiar, if at times mythologized or distorted, others. Overturning conventional wisdom about the origins of the Israeli-Palestinian conflict, Gribetz demonstrates how the seemingly intractable nationalist contest in Israel and Palestine was, at its start, conceived of in very different terms.

Courageous and deeply compelling, Defining Neighbors is a landmark book that fundamentally recasts our understanding of the modern Jewish-Arab encounter and of the Middle East conflict today. 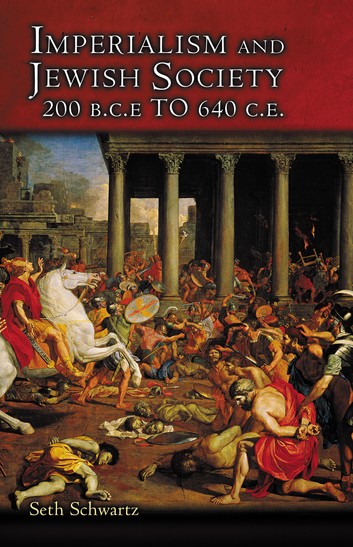 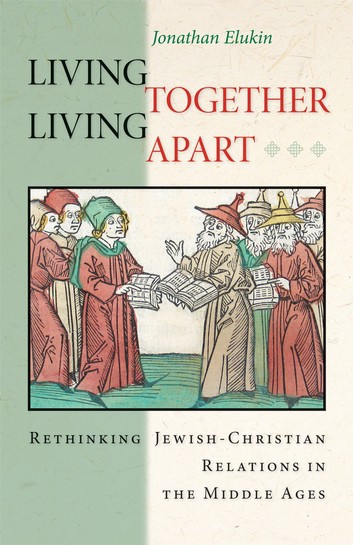 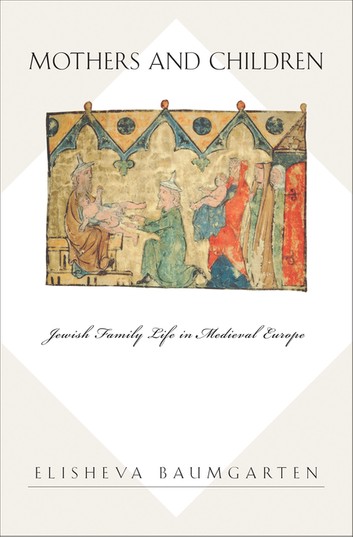 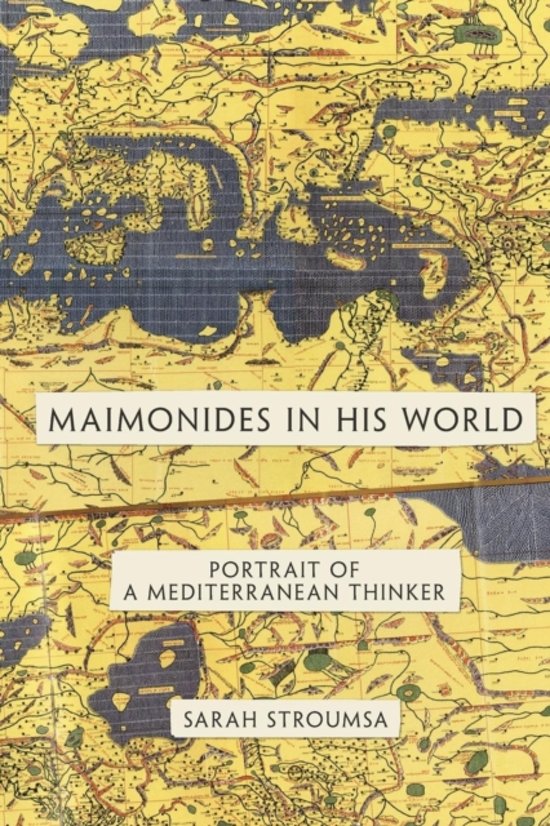 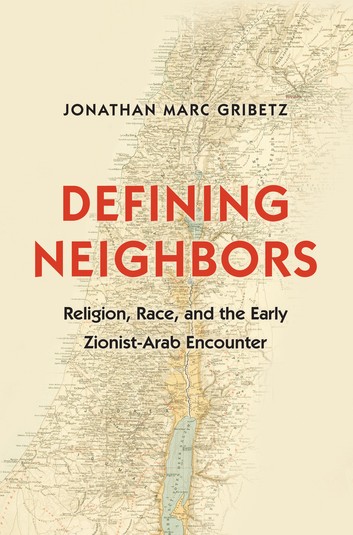 Maimonides in His World. Portrait of a Mediterranean Thinker.pdf
1.20 MB