Who did the ancient Greeks describe as the worlds best athlete? What does the Koran say about womens rights? How has the digital revolution changed life in the modern age? From the law courts of ancient Iraq to bloody Civil War battlefields, explore the daily lives of people from major world cultures throughout history, as presented in their own words. Bringing useful and engaging material into world history classrooms, this rich collection of historical documents and illustrations provides insight into major cultures from all continents. Hundreds of thematically organized, annotated primary documents, and over 100 images introduce aspects of daily life throughout the world, including domestic life, economics, intellectual life, material life, politics, religion, and recreation, from antiquity to the present. Document selections are guided by the National Standards for World History, providing a direct tie to the curriculum. By studying daily life, we get a firmer understanding of what it was like to live in a certain era and a certain place. Learning that Constantine I was emperor of Rome in A.D. 313 gives us important information, but learning about the foods prepared by a Roman peasant or how a Roman merchant traveled about on business gives us a better idea of what it was really like to live in Italy during the same time period.

Primary sources, moreover, offer a uniquely valuable way of learning about the past. Primary sources, of course, are documents or artifacts produced by the people under investigation. These sources enable us to listen directly to the voices of the past. At the edges of the divides acording to the eras, there is some overlap between volumes, demonstrating how each era carries on from the preceding one.

This book offers an examination of everyday life in the Iberian colonies of Central and South America―the indigenous peoples, their Spanish and Portuguese colonizers, and the Africans brought over as slaves.

• Chronology of key developments in Latin American history, from the European arrival in 1492 to the independence period in the early 19th century
• A glossary of roughly 50 terms, mostly Spanish or Portuguese, that are key to understanding daily life in the colonial era

This thorough exploration of the aspects of everyday life in China during the Tang Dynasty (618-907) provides fascinating insight into a culture and time that is often misunderstood, especially by those from western cultures. Here students will find the details of what life was really like for these people. How was their society structured? How did they entertain themselves? What sorts of food did they eat? The answers to these and other questions are provided in full detail to bring this golden age of Chinese culture alive for the modern reader.

Based mainly on classical translations from the Chinese themselves, each chapter addresses a specific aspect of daily living in the voices of those who lived during the time. A myriad of interesting details are provided to help readers discover, among other things, what life was like in the city, what homes and gardens were like, how the role’s of men and women differed, and the many rituals in which people participated. Detailed descriptions of the clothes and materials people wore, the games they played and the cooking methods they used for specific foods provide readers with the ability to experiment on their own to recreate the time and place, so they can have a better understanding of this intriguing culture.

Daily life during the Black Death was anything but normal. When plague hit a community, every aspect of life was turned upside down, from relations within families to its social, political, and economic stucture. Theaters emptied, graveyards filled, and the streets were ruled by the terrible corpse-bearers whose wagons of death rumbled day and night.

Daily life during the Black Death was anything but normal. During the three and a half centuries that constituted the Second Pandemic of Bubonic Plague, from 1348 to 1722, Europeans were regularly assaulted by epidemics that mowed them down like a reaper’s scythe. When plague hit a community, every aspect of life was turned upside down, from relations within families to its social, political and economic structure. Theaters emptied, graveyards filled, and the streets were ruled by terrible corpse-bearers whose wagons of death rumbled night and day. Plague time elicited the most heroic and inhuman behavior imaginable. And yet Western Civilization survived to undergo the Renaissance, Reformation, Scientific Revolution, and early Enlightenment.

In Daily Life during the Black Death Joseph Byrne opens with an outline of the course of the Second Pandemic, the causes and nature of bubonic plague, and the recent revisionist view of what the Black Death really was. He presents the phenomenon of plague thematically by focusing on the places people lived and worked and confronted their horrors: the home, the church and cemetary, the village, the pest houses, the streets and roads. He leads readers to the medical school classroom where the false theories of plague were taught, through the careers of doctors who futiley treated victims, to the council chambers of city hall where civic leaders agonized over ways to prevent and then treat the pestilence. He discusses the medicines, prayers, literature, special clothing, art, burial practices, and crime that plague spawned. Byrne draws vivid examples from across both Europe and the period, and presents the words of witnesses and victims themselves wherever possible. He ends with a close discussion of the plague at Marseille (1720-22), the last major plague in northern Europe, and the research breakthroughs at the end of the nineteenth century that finally defeated bubonic plague.

The French Revolution sought to change daily life itself. This book looks at the thirteen years between 1789-1802 that experienced the Terror, banning of the aristocracy, and the rearrangement of the calendar. No part of French life was left untouched during this incredible period of turmoil and warfare, from women’s role in the family to men’s role in the state. Art and theater were invigorated and harnessed for political purposes. Subtleties in one’s dress could mean the difference between life and death. The first modern mass army was created. Chapters include the physical make-up of France; the social and political background of the revolution; the First Republic; religion, church and state; urban life; rural life; family life; the fringe society; clothes and fashion; food and drink; the role of women; military life; education; health and medicine; and writers, artists, musicians and entertainment. Anderson breathes life into the day-to-day lives of those living during the French Revolution.

Greenwood’s Daily Life through History series looks at the everyday lives of common people. This book will illuminate the lives of those living during the French Revolution and provide a basis for further research. Black and white photographs, maps, and charts are interspersed throughout the text to assist readers. Reference features include a timeline of historic events, glossaries of terms and names, an annotated bibliography of print and electronic resources suitable for high school and college student research, and an index. 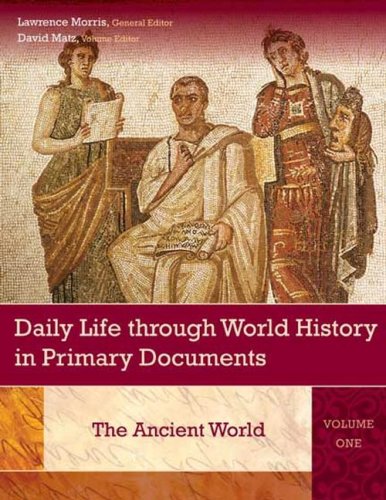 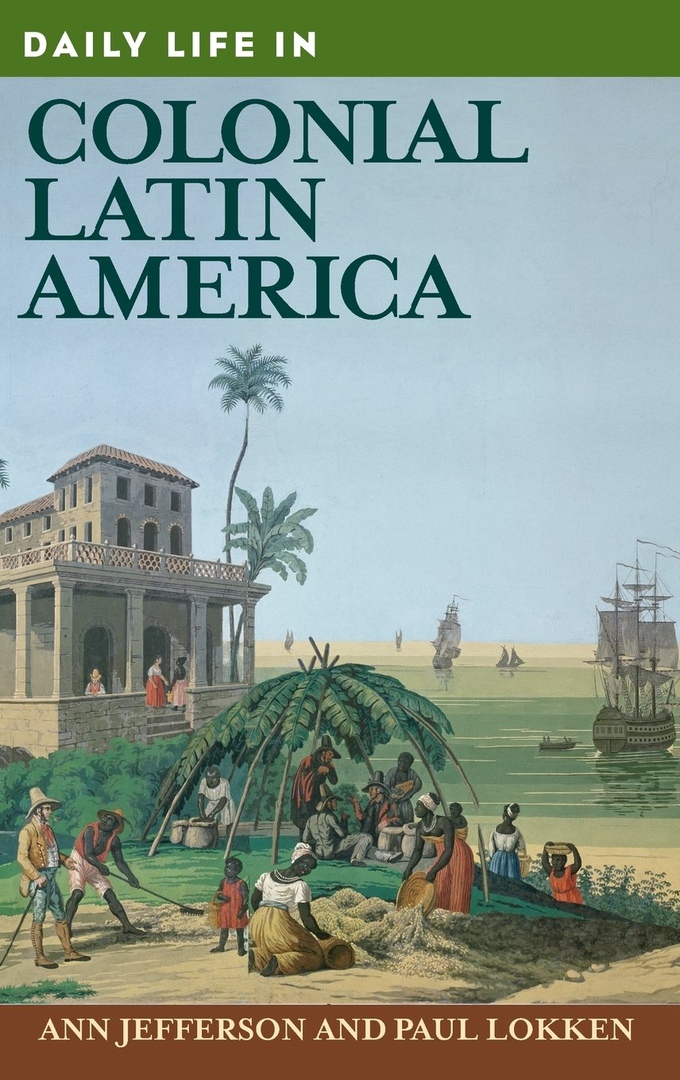 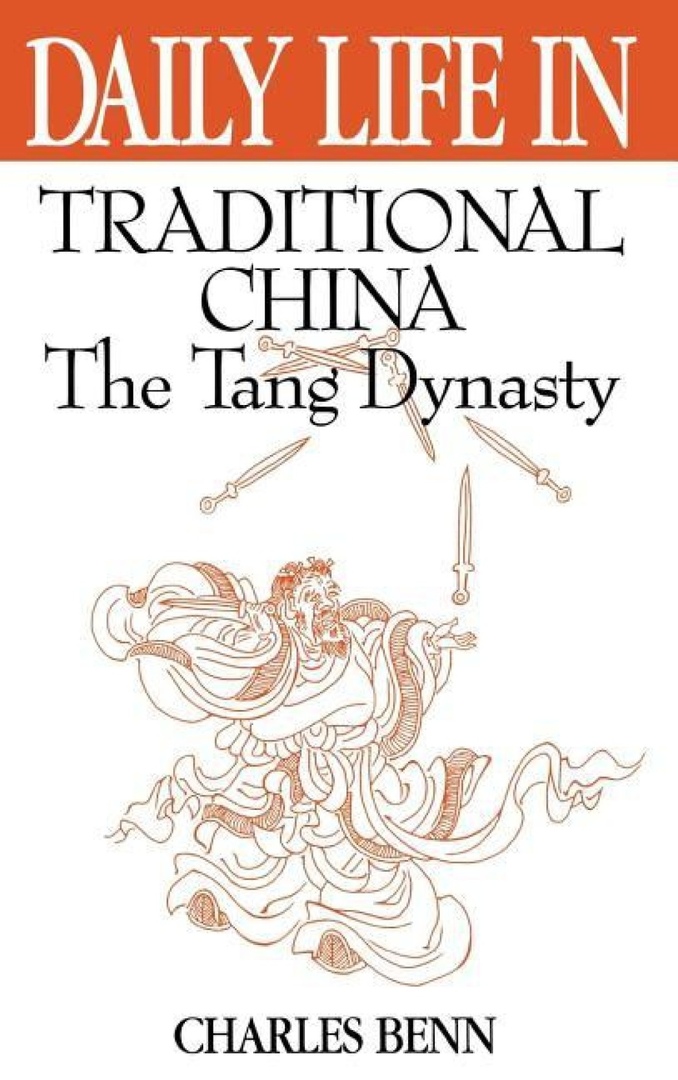 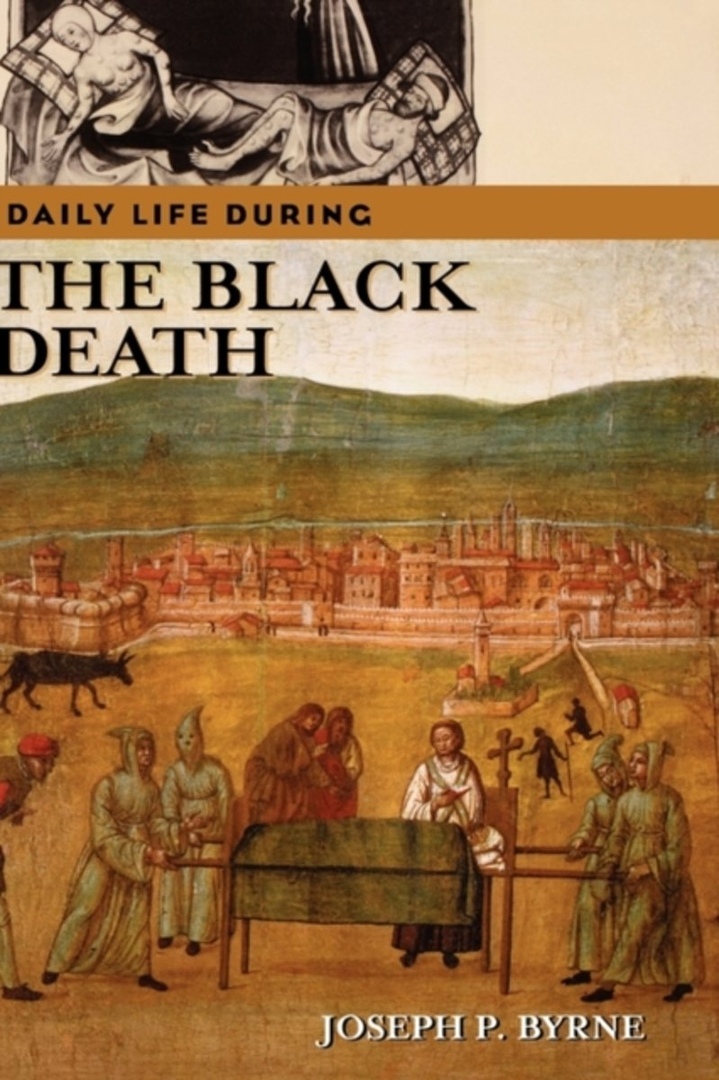 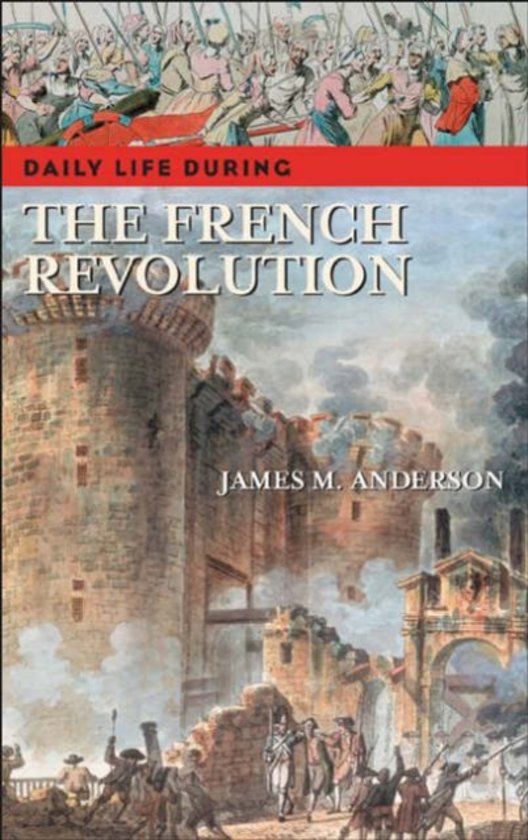