Most days, Sarya doesn’t feel like the most terrifying creature in the galaxy. Most days, she’s got other things on her mind. Like hiding her identity among the hundreds of alien species roaming the corridors of Watertower Station. Or making sure her adoptive mother doesn’t casually eviscerate one of their neighbors. Again.

And most days, she can almost accept that she’ll never know the truth—that she’ll never know why humanity was deemed too dangerous to exist. Or whether she really is—impossibly—the lone survivor of a species destroyed a millennium ago. That is, until an encounter with a bounty hunter and a miles-long kinetic projectile leaves her life and her perspective shattered.

Thrown into the universe at the helm of a stolen ship—with the dubious assistance of a rebellious spacesuit, an android death enthusiast on his sixtieth lifetime, and a ball of fluff with an IQ in the thousands—Sarya begins to uncover an impossible truth. What if humanity’s death and her own existence are simply two moves in a demented cosmic game, one played out by vast alien intellects? Stranger still, what if these mad gods are offering Sarya a seat at their table—and a second chance for humanity?

The Last Human is a sneakily brilliant, gleefully oddball space-opera debut—a masterful play on perspective, intelligence, and free will, wrapped in a rollicking journey through a strange and crowded galaxy. 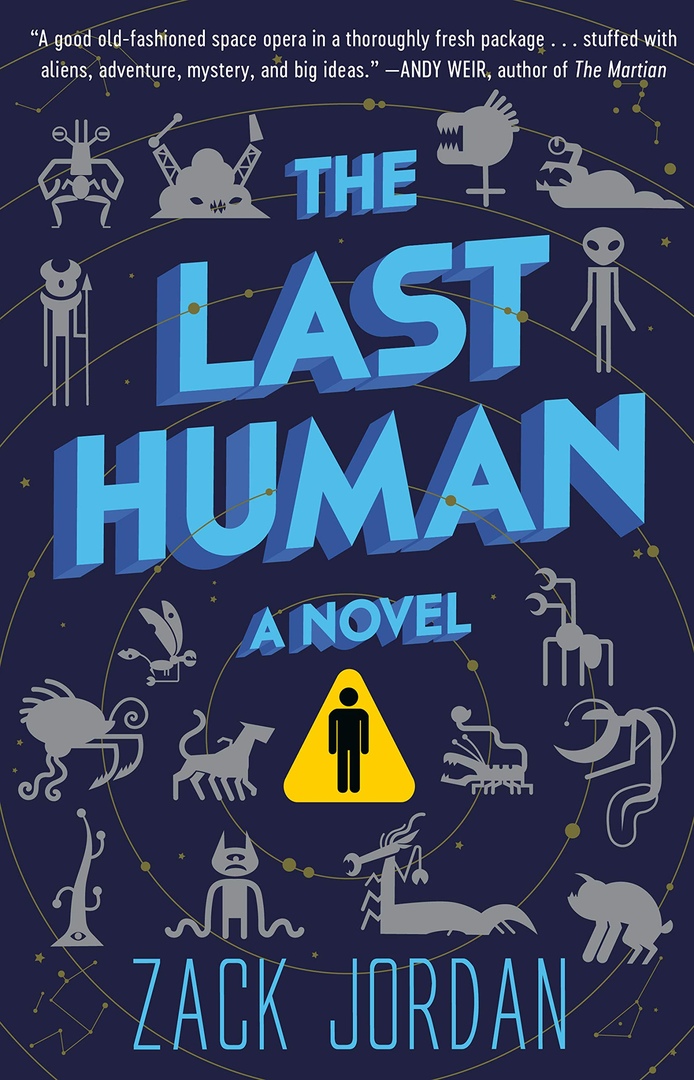