1. You Let Me In by Camilla Bruce

Cassandra Tipp is dead…or is she?
After all, the notorious recluse and eccentric bestselling novelist has always been prone to flights of fancy-everyone in town remembers the shocking events leading up to Cassie’s infamous trial (she may have been acquitted, but the insanity defense only stretches so far).

Cassandra Tipp has left behind no body-just her massive fortune, and one final manuscript.
Then again, there are enough bodies in her past-her husband Tommy Tipp, whose mysterious disembowlment has never been solved, and a few years later, the shocking murder-suicide of her father and brother.

Cassandra Tipp will tell you a story-but it will come with a terrible price. What really happened, out there in the woods-and who has Cassie been protecting all along? Read on, if you dare…
You Let Me In delivers a stunning tale from debut author Camilla Bruce, combining the sinister domestic atmosphere of Gillian Flynn’s Sharp Objects with the otherwordly thrills of Neil Gaiman’s The Ocean at the End of the Lane.

2. Suffer the Nightmare by J.J. Carlson

A farm in rural South Carolina has become a place of death. None who approach with hostile intent escape with their lives, for the farm is home to Jarrod Hawkins—the ruthless vigilante also known as The Nightmare.

But as Jarrod guards his friends and family, mankind teeters on the brink of annihilation. A shadow has crept into the high places, rewriting the minds of world leaders, spreading the influence of an inhuman terrorist. The New World Order has arrived, completely unopposed, and a dark army is being built on the streets of Baltimore.

Within a secret government laboratory, Eugene Carver struggles to protect a group of refugees—including his wife and unborn child—as thousands of enemies gather on the streets above. Carver and his team of black operatives fight for their lives, begging for help from their former allies and receiving none. The walls are breached, and the team withdraws deeper into the underground corridors. They prepare for their last stand, praying that The Nightmare has not turned his back on humanity.

On a lush mountaintop trapped in time, two women vow to protect each other at all costs-and one young girl must defy her father to survive.

An hour from the closest West Virginia mining town, fifteen-year-old Wren Bird lives in a cloistered mountain cabin with her parents. They have no car, no mailbox, and no visitors-except for her mother’s lifelong best friend. Every Sunday, Wren’s father delivers winding sermons in an abandoned gas station, where he takes up serpents and praises the Lord for his blighted white eye, proof of his divinity and key to the hold he has over the community, over Wren and her mother.

But over the course of one summer, a miracle performed by Wren’s father quickly turns to tragedy. As the order of her world begins to shatter, Wren must uncover the truth of her father’s mysterious legend and her mother’s harrowing history and complex bond with her best friend. And with that newfound knowledge, Wren can imagine a different future for herself than she has been told to expect.

Rich with epic love and epic loss, and diving deep into a world that is often forgotten but still part of America, Shiner reveals the hidden story behind two generations’ worth of Appalachian heartbreak and resolve. Amy Jo Burns brings us a smoldering, taut debut novel about modern female myth-making in a land of men-and one young girl who must ultimately open her eyes. 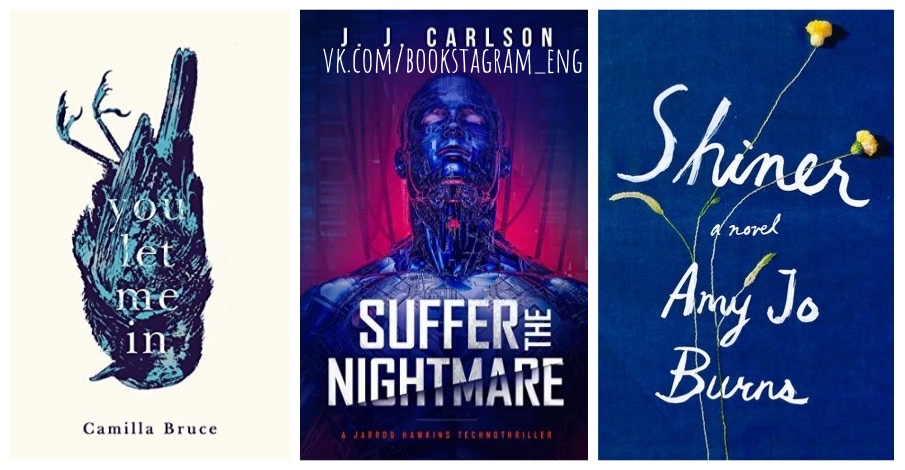