Description: Loosely based on the Johnson County War of 1892, a bloody clash between big landowners and small ranchers in Wyoming, Owen Wister’s The Virginian is the classic saga of a man who embodied the spirit of a growing nation–a novel that inspired five movie versions and the popular TV series.
“When you call me that, SMILE!”

He wasn’t looking for fame or glory. He wasn’t looking for war. The man they called the Virginian was earning his way off the land, mingling his sweat and blood on the rich Montana soil as a trusted foreman for a rich man’s ranch. Somewhere along the line he made an enemy, made a choice and then made a stand. . .In the eyes of a woman, he was a man of contradictions, as violent as he could be tender. In the eyes of others, he became a hero, a man who had the courage to draw his gun and use it against his enemies–and the courage to stand for justice without it. 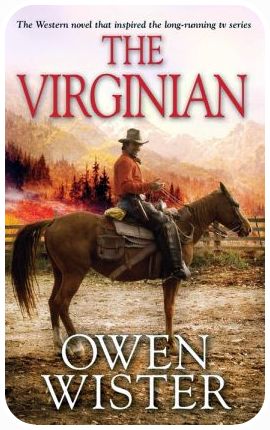 The Virginian.pdf
1.46 MB
Please Share This
Related Posts
Many magazines
on the
→ MAGAZINELIB.COM
Book for today - 2019