Who Runs the Economy?: The Role of Power in Economics by Robert Skidelsky and Nan Craig

Overview: Since the financial crisis of 2008 and the following Great Recession, there has been surprisingly little change in the systems of ideas, institutions and policies which preceded the crash and helped bring it about. ‘Mainstream’ economics carries on much as it did before. Despite much discussion of what went wrong, very little has substantially changed. Perhaps the answer has something to do with power; a subject on which economics is unusually quiet. Whilst economics may be able to discuss bargaining power and market power, it fails to explore the reciprocal connections between economic ideas and politics: the political power of economic ideas on the one side, and the influence of power structures on economic thought on the other. This book explores how the supposedly neutral discipline of economics does not simply describe human behaviour, but in fact shapes it. 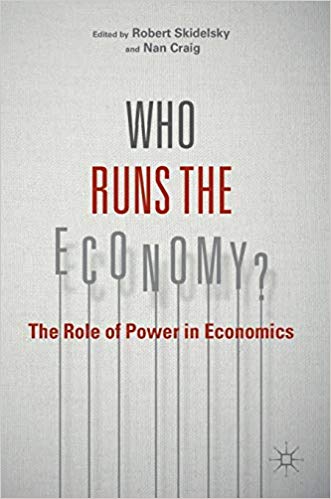 Who Runs The Economy The Role of Power B.pdf
4.90 MB
Please Share This
Related Posts
Many magazines
on the
→ MAGAZINELIB.COM
Book for today - 2019-2022