Which John Grisham Book Should You Read First?

The name John Grisham is synonymous with absorbing legal thrillers. He’s the author of over forty books, which have sold a collective 275 million copies worldwide and have been translated into 42 languages. With that many books in print, it may be a little difficult to know where to start reading John Grisham’s books. Because he tends to write standalone thrillers that can be read out of publication order, so we’ve created this handy guide with a few entry points into Grisham’s impressive backlist.

Twenty-two years earlier, a lawyer was shot and killed at his desk and police arrested his former client, Quincy Miller. Now Quincy, who has always maintained his innocence, is appealing his case with Guardian Ministries, a group that works to overturn the sentences of innocent people. The lawyer in charge, Cullen Post, investigates Quincy’s case and discovers a dangerous group of people who are responsible for the murder all those years ago—and they won’t hesitate to kill again.

If you want to start with a bestseller…
The Firm

The Firm is Grisham’s second novel, and first of his works to become a bestseller. It inspired a movie adaptation starring Tom Cruise and is probably his best-known book. When Mitch McDeere was offered a job at a prestigious Memphis firm, it came with a car, a mortgage, full school loan repayments, and a whole slew of perks. It felt as though he and his wife were finally on their way after years of hard work. But nothing is truly free, as he finds out when the FBI approaches him with information that his firm is crooked, and he has to either help them or face being implicated in crimes he didn’t commit. 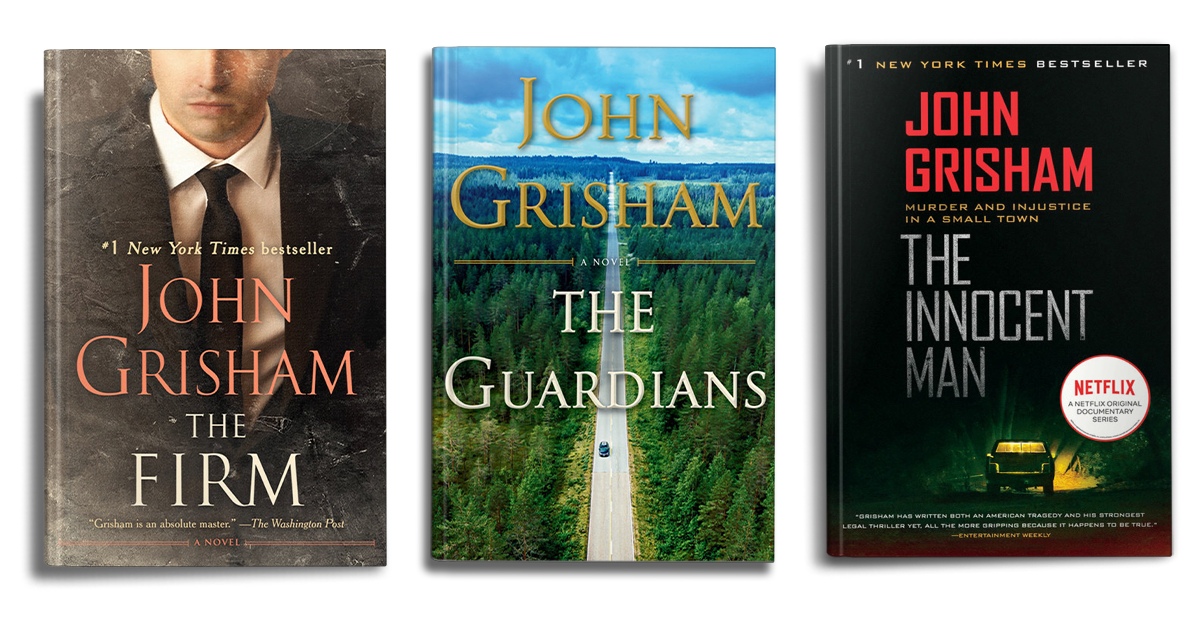 Grisham, John - The Innocent Man.pdf
1.40 MB
Please Share This
Related Posts
Many magazines
on the
→ MAGAZINELIB.COM
Book for today - 2019-2022