We Will Not Be Silenced: The Academic Repression of Israel’s Critics by William I. Robinson, Maryam S. Griffin

Overview: “It is perhaps no surprise that as Israel drifts towards repression and reaction within, and becomes increasingly isolated internationally as a result of the harsh and criminal occupation, its informal lobby in the US becomes more desperate to stifle free and open discussion of the state they seek to protect. Efforts of the kind sampled here . . . are as deplorable as they are predictable, and should be dismissed with contempt, and strongly opposed.” —Noam Chomsky

“These testimonials provide a stunning and all too familiar portrait of the extent to which the forces that suppress free speech and academic freedom are at work in the US university system to stifle those who would call for social justice in Palestine. . . . These voices must be heard.” —Bishop Desmond Tutu
As criticism mounts over Israel’s violation of Palestinian human rights and international law, campaigns to silence and repress those who speak out against Israeli apartheid and US complicity have grown alarmingly. Scholars have been denied jobs, refused tenure and promotion, rejected for funding, and expelled from institutions, while student organizations have faced harassment and sanctions. We Will Not Be Silenced offers thirteen powerful, firsthand testimonials from scholars and students whose struggle to defend their academic freedom and free speech has garnered widespread public and international attention. 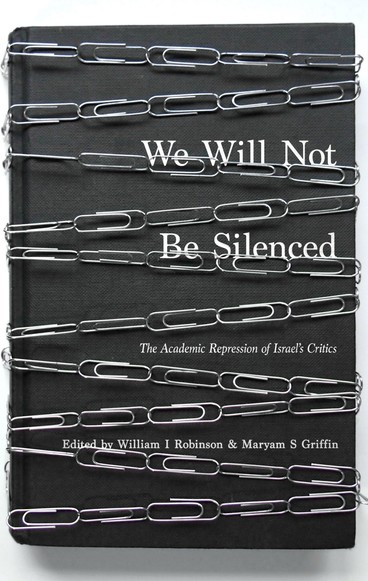 We Will Not Be Silenced by William I. Robinson, Maryam S. Griff.epub
944.85 KB

We Will Not Be Silenced by William I. Robinson, Maryam S. Griff.epub
944.85 KB
Please Share This
Related Posts
Many magazines
on the
→ MAGAZINELIB.COM
Book for today - 2019-2022