Ursula K. Le Guin’s Earthsea novels are some of the most acclaimed and awarded works in literature—they have received prestigious accolades such as the National Book Award, a Newbery Honor, the Nebula Award, and many more honors, commemorating their enduring place in the hearts and minds of readers and the literary world alike.

Now for the first time ever, they’re all together in one volume—including the early short stories, Le Guin’s “Earthsea Revisioned” Oxford lecture, and a new Earthsea story, never before printed.

With a new introduction by Le Guin herself, this essential edition will also include fifty illustrations by renowned artist Charles Vess, specially commissioned and selected by Le Guin, to bring her refined vision of Earthsea and its people to life in a totally new way.

[Stories include: “A Wizard of Earthsea”, “The Tombs of Atuan”, “The Farthest Shore”, “Tehanu”, “Tales From Earthsea”, “The Other Wind”, “The Rule of Names”, “The Word of Unbinding”, “The Daughter of Odren”, and “Earthsea Revisioned: A Lecture at Oxford University”.]

With stories as perennial and universally beloved as The Chronicles of Narnia and The Lord of The Rings—but also unlike anything but themselves—this edition is perfect for those new to the world of Earthsea, as well as those who are well-acquainted with its enchanting magic: to know Earthsea is to love it. 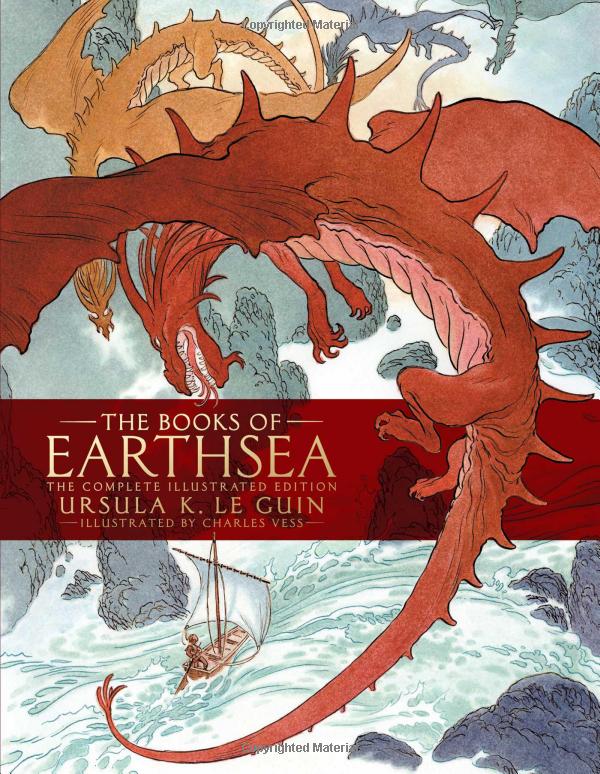 The Books of Earthsea.epub
6.12 MB
Please Share This
Related Posts
Many magazines
on the
→ MAGAZINELIB.COM
Book for today - 2019-2022