Underground: A Human History of the Worlds Beneath Our Feet by Will Hunt

A panoramic investigation of the subterranean landscape, from sacred caves and derelict subway stations to nuclear bunkers and ancient underground cities—an exploration of the history, science, architecture, and mythology of the worlds beneath our feet
When Will Hunt was sixteen years old, he discovered an abandoned tunnel that ran beneath his house in Providence, Rhode Island. His first tunnel trips inspired a lifelong fascination with exploring underground worlds, from the derelict subway stations and sewers of New York City to the sacred caves, catacombs, and tombs, from bunkers to ancient underground cities in more than twenty countries around the world. Underground is both a personal exploration of Hunt’s obsession and a panoramic study of how we are all connected to the underground, how caves and other dark hollows have frightened and enchanted, repelled and captivated, us through the ages.

In a narrative spanning continents and epochs, Hunt follows a cast of subterranea-philes who have dedicated themselves to investigating underground worlds. He tracks the origins of life with a team of NASA microbiologists a mile beneath the Black Hills, camps out for three days with urban explorers in the catacombs and sewers of Paris, descends with an Aboriginal family into a 35,000-year-old sacred mine in the Australian outback, follows a ghostlike graffiti artist writing stories in the subway tunnels of New York, and glimpses a sacred sculpture molded by Paleolithic artists in the depths of a cave in the Pyrenees. 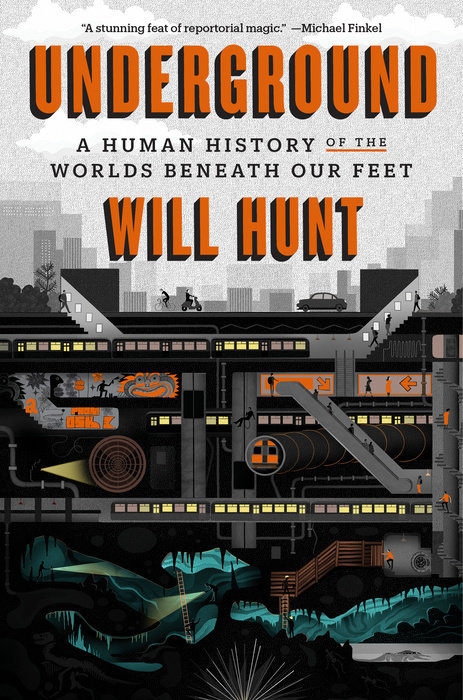 Underground_A_Human_History_of_the_Worlds..._by_Will_Hunt.epub
77.52 MB
Please Share This
Related Posts
Many magazines
on the
→ MAGAZINELIB.COM
Book for today - 2019-2022