Not everyone can become a tyrant. It requires a particular confluence of events to gain absolute control over entire nations.

First, you must be born with the potential to develop brutal personality traits. Often, these are combined in “The Dark Triad” of malignant narcissism, Machiavellianism and psychopathy, as well as elements of paranoia, and an extraordinary ambition to achieve control over others.

Second, your predisposition to antisocial behavior must be developed and strengthened during childhood. You might suffer physical and/or psychological abuse, or grow up in trying times.

Finally, you must come of age when the political system of your country is unstable. Together, these events establish a basis for a rise to power, one that Joseph Stalin, Adolf Hitler, Mao Zedong, Saddam Hussein, and Muammar Qaddafi all used to gain life-and-death control over their countrymen and women. It is how Osama bin Laden and the leaders of the Islamic State hoped to gain such power.

Though these men lived in different times and places, and came from vastly different backgrounds, many of them felt respect for each other. They often seemed to recognize their shared, “dark” personality traits and viewed them as strengths. Only in rare cases did they show signs of mental disorders.

“Getting inside the heads” of foreign leaders and terrorists is one way governments try to understand, predict, and influence their actions. Psychological profiles can help us understand the urges of tyrants to dominate, subjugate, torture and slaughter.

Tyrannical Minds reveals how recognizing their psychological traits can provide insight into the motivations and actions of dangerous leaders, potentially allow to us predict their behavior?and even how to stop them. As strongmen and authoritarian leaders around the world increase in number, understanding the most extreme examples of tyrannical behavior should serve as a warning to anyone indifferent to the threats posed by political extremism.

Is there a biological basis for evil? From neurological imaging to behavioral studies, Dean Haycock’s account of the groundbreaking research reveals what scientists are learning about the psychopaths living among us.

How many times have you seen a murder on the news or on a TV show like CSI: Crime Scene Investigation, and said to yourself, “How could someone do something like that?”

Today, neuroscientists are imaging, mapping, testing and dissecting the source of the worst behavior imaginable in the brains of the people who lack a conscience: psychopaths. Neuroscientist Dean Haycock examines the behavior of real life psychopaths and discusses how their actions can be explained in scientific terms, from research that literally looks inside their brains to understanding how psychopaths, without empathy but very goal-oriented, think and act the way they do. Some don’t commit crimes at all, but rather make use of their skills in the boardroom.

But what does this mean for lawyers, judges, psychiatrists, victims and readers — for anyone who has ever wondered how some people can be so bad. Could your nine-year-old be a psychopath? What about your co-worker? The ability to recognize psychopaths using the scientific method has vast implications for society, and yet is still loaded with consequences.

“An informed, masterful account of the theory, research, controversies, and issues surrounding the construct of psychopathy . . . His balanced and scientifically sound coverage of the literature and issues are admirable and refreshing. Readers not familiar with the technology and procedures of neuroscience will appreciate the way in which Haycock makes the science understandable, interesting, and relevant. Highly recommended.” ― Robert D. Hare, Ph.D., author of Without Conscience: The Disturbing World of the Psychopaths Among Us and developer of the the Psychopathy Checklist-Revised. 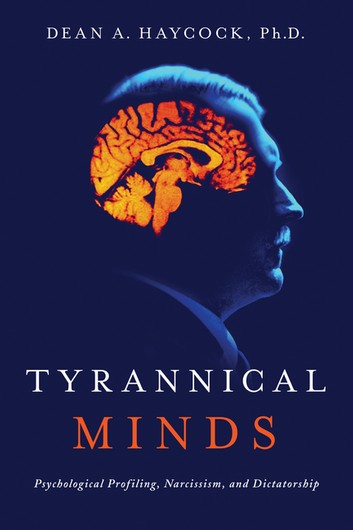 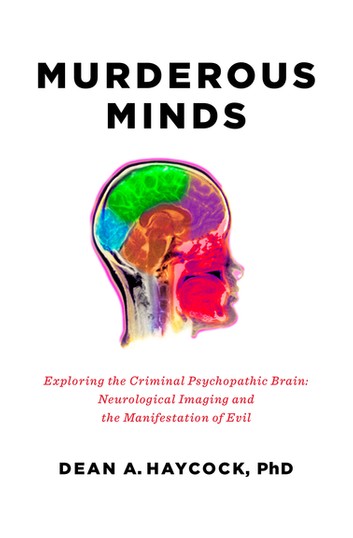 Murderous Minds. Exploring the Criminal Psychopathic Brain. Neurological Imaging and the Manifestation of Evil.epub
864.72 KB
Please Share This
Related Posts
Many magazines
on the
→ MAGAZINELIB.COM
Book for today - 2019-2022