Thalia has a purpose.

After months of having to roll with the punches, she now knows what her part is in the grand scheme of things.

Newly crowned as Queen of the Fae, and mother to a newborn hybrid, Thalia is about to take on her most daunting role yet: she’s been ordained, by the Gods themselves, to bring down the Devil.

And no, there isn’t a euphemism hidden in that sentence. Morningstar needs to be taken down, and she’s the bada$$ to do it.

If she can get her hands on him.

Of course, that was never going to be easy, and in the face of the apocalypse that’s hit Earth, yeah, it’s not like she can just buzz him on the phone… But when certain situations come to light in the face of Armageddon, Morningstar suddenly doesn’t look like the biggest, baddest SOB out there. No, sirree. That title belongs to someone else.

Three guesses as to who.

Only trouble is, Thalia and her mates can’t take out the Earth’s true foe on their lonesome, which means they’re going to have to work with their son-in-law-to-be without chopping off his head. 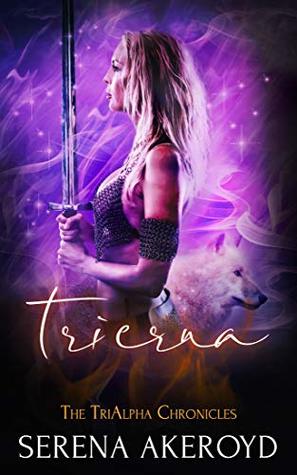